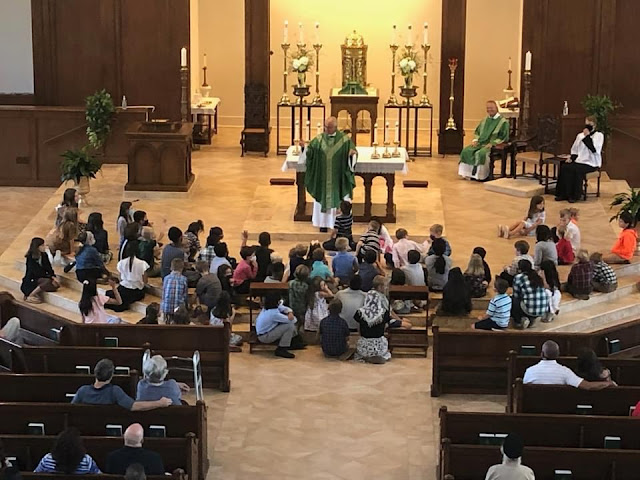 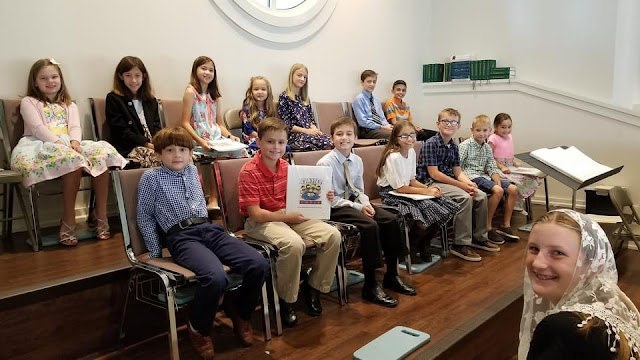 These children are the future, the one's who will ultimately replace us and carry this tradition forward. I'm sure you gave them a good and authentically Catholic memory, Fr. Glad the young are getting this type of attention so they will hopefully be inclined to continue practicing later as young adults.

Not much in favor of turning the Sanctuary into a playground atmosphere. The Mass and homilies are not only for kids. I’ve never enjoyed watching priests pandering to the kids by trying to win a popularity contest. If there are any kids out there that are practicing their faith today because they were able to lie down in the Sanctuary then I’m unaware of them. The is not "authentically Catholic". I think this helps to create a casual opinion about what the Sanctuary is and who should be allowed in it and for what. But what can I say, even though I might not like this, you have kneelers and encourage people to use them for the reception of the Blessed Sacrament so hopefully that is the more powerful impression for all attending Mass. I give a C- for the kids’ stuff and an A+ for everything else.

I think this and the other similar post are resulting in a variety of opinions, part of which are based upon pastoral considerations. Admittedly, me noting that the Orthodox also do this is interesting, but, not helpful vis-a-vis what our churches can/cannot do. Presumably, there's latitude somewhere allowing for a homily of this sort to be delivered. Would you happen to know where that is and it might be helpful to understand norms, to the extent there are any?

I think we need to decouple the action and location from the provided content. What I was eluding to with my earlier comment, Michael A, is that Fr. AJM leans towards being a "Custodian of Tradition"; as such, I'm sure the provided teaching was authentically Catholic.

Our Facebook livestream of the Mass is at this link. I think the adults should have been challenged too:
https://www.facebook.com/stanneccrh/videos/4315032021926481/

Good reflection - giving is everyone's responsibility (to the extent one has the means to do so. For those who are unfamiliar, Google 2 Corinthians 9:6-8.