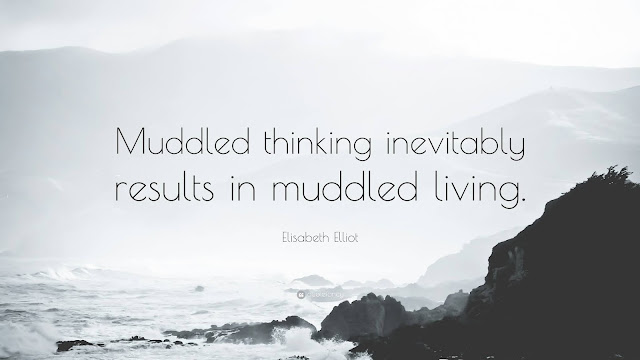 John Allen has a commentary on the pope's remarks in his always ambiguous press conferences after returning from a grueling trip, and at high altitude, especially this one after having had surgery on his colon and a few feet of it removed.

You can read the commentary here:

After latest presser, the great game of parsing the pope can roll on

ROME – Pope Francis delivered another of his impromptu airborne news conferences Wednesday on his return flight from Slovakia, and, as ever, it was fascinating. In part, it confirmed the pontiff’s reputation for answering questions in a style that’s both carefully nuanced and practically imprecise, so that no one party to a debate ever is quite able to claim vindication.

Francis began by saying he’s never refused communion to anyone, adding a story about a visit to an old folks’ home as a young priest in which he asked if everyone wanted to receive communion. They all said yes, as Francis told the story, and later one woman came up to him and said (apparently in earnest), “Thanks, Father, I’m Jewish.”

The thrust appeared to be Francis distancing himself from turning anyone away.

Yet Francis immediately cut in a different direction, stating flatly that abortion is “murder” because a fetus’s organs are fully formed at three weeks and it’s a human life. Anyone who’s excommunicated, he said, by implication for participation in the crime of abortion, is outside the community of Jesus and thus cannot have communion.

On its own, that might sound like a green light for communion bans on Biden and other Catholic Democrats who uphold abortion rights.

Then Francis zigged again, first with a distinction between people who are “excommunicated,” apparently intending to mean definitively, and those who are “temporarily outside of the community” but still “children of God and need our pastoral action.”

He then introduced yet another distinction, this one between the pastoral and the political.

In a nutshell, he said that bishops must model the tenderness and compassion of God even in their dealings with people who are excommunicated, and that if a bishop abandons that path, he “becomes a politician.”

Weaving those points together, it’s reasonable to conclude the pope’s position is this: Abortion is murder, those who participate in abortion are at least temporarily excommunicated, and, as such, generally should not receive communion. However, a priest or bishop should not be the one to turn such a person away, because it risks turning what should be a compassionate pastoral response to failure into a political statement.

In other words, “no” to abortion and “no” to communion bans.

The greater problem with this pope is His Holiness' antipathy to Church/canon law. Obviously he degrades it and those who want to follow it by calling them "doctors of the law." Of course a doctor of the law isn't a negative epitaph but the manner in which the popes uses it, it is a slam, likes his words rigidity and the like.

Canon Law legislates the purpose of excommunication and how it is done, executed and lifted. FOLLOW THE LAW HOLY BISHOPS! Enough with opinions about this, that and the other.

As it concerns His Holiness' endorsement of civil unions, called marriage in the USA by the Supreme Court, he enables mortal sin and the giving of scandal.

There is no way that we can get that overturned and it would cause more acrimony than needed, but Catholics need to be told the truth about marriage and natural law!

His concern should be the souls of Catholics and their salvation. There, too, should be concern for the souls of others, but Catholics need to know that sexual relations in any kind of union that is not the Sacrament of Holy Matrimony or the Holy Bond of Matrimony for those where one or both are not baptized but the Church blesses that marriage, is a mortal sin. And to seek the state's public means to cement that mortal sin is particularly repugnant to God and Holy Mother Church. It is also a mockery of the Sacrament of Holy Matrimony instituted by Christ It is not kosher to mock Christ and His sacraments.

As far as “civil unions” are concerned, since I know the difference between a contract and a sacrament, I do not accord a civil union or marriage or whatever you might call it as sanctioned by God without the benefit of clergy as was said. The only thing a civil union or marriage does is give a contract between the parties full solemnity so as to not be easily denied or disclaimed later and fair and equal treatment as an economic unit de jure. There is no requirement that these arrangements touch on any issue of sexual morality. After all, I’m not required to sleep with a business partner to have a business, am I?

The HF when asked why not spend more time in Hungary said he was there last year. Actually, he was in Transylvania 2 years ago visiting the Hungarian Roman Catholic Church (spending time with Rumanian clerics and government officials also). Seems those things he had nothing to do with when younger he now has difficulty learning or if he does he tends to forget. Old age.

Within the limits of my understanding, excommunication is an act of mercy, said act coming after the failure of solicitude to lead the person to right action.

I have observed that many seem to believe that excommunication is a punishment. But if that were so, surely there would be no path to forgiveness?

As to public figures who both claim to be devout and demonstrably support abortion in their public actions -- some of them quite obstinately, I think that denying them communion is also an act of mercy. After all, if they have facilitated abortion (and if they are voting support for Planned Parenthood, abortion pills, and whatnot, they surely are), then for them to receive communion would be sinful, they would bring on themselves judgment and condemnation.

But also important is the effect these people may have on others, who may follow them into sin. Do these people not create public scandal? And if those poorly catechized follow that example, thinking it must be ok, since the people in question have persisted for years.... Then I think that the excommunication should rightfully be a public matter, that it may serve to dispel confusion about what the Church teaches.

I may surely be in error, and I welcome correction, if so.

It does seem important to attend to scientific facts so that we can maintain credibility when discussing controversial issues, especially an issue that arouses such passions as abortion does. The Crux article linked in the previous post contained the following statement:

“As he’s done before, he referred to embryology books that very clearly state that at the third week from conception, the organs of the new person are formed, often before the mother realizes she might be pregnant.”

According to the Vatican News report also linked in that post what the Pope said was:

“Take any book on embryology for medical students. The third week after conception, all the organs are already there, even the DNA... it is a human life . . .”

I am not a scientist or a medical expert but, as I understand the matter, all the organs are certainly not “fully formed” by the end of the third week after conception, even though the DNA “blueprint” for forming them is undoubtedly present and they are_beginning_to form (indeed, one assumes the blueprint itself is present from the very moment of conception—the zygote cannot become anything other than a human being). However, perhaps the present post might be suggesting, through use of the word “fetus,” that the organs are fully formed the third week after transitioning from an embryo to a fetus rather than the third week after conception. I assume the following account from the Mayo Clinic is correct but, if not, I would certainly like to know because it would help when having conversations about this issue with others, especially non-Catholics who do not share our premise that human life begins at conception:

The power of electrical current flowing into a device will not have its necessary effect if what it is flowing into is faulty or compromised in some way. It is even possible that in some circumstances, electrical power can cause damage because of the device being faulty.

In Intensive care units in a hospital, there are patients on respirators because they cannot take in enough air sufficient to their needs, yet it is not for lack of air around them. There is plenty of air for nursing staff and any visitors,but the person is so physically compromised that without the use of the breathing apparatus, the air that is around the patient does little or no good.
Likewise, a farmer stores water in times of plenty so that in times of drought he has what is needed, but if the cistern he stores water in leaks, then what he has done is of no help to him.

It is the same with grace. It is there available to us in the Sacraments through God's benevolence and mercy, but if the soul is compromised or corrupted it will do little, if anything, to affect the spiritual health within the person and the necessary orientation toward God and what he desires. God respects our free will to choose to obey Him or not, but does not impose His grace or His will on anyone except in the most extraordinary of circumstances where it serves his purpose to do so. It is the teaching of our Church that co-operation with God's grace is necessary.

How terrible it is that we have a Catholic in a position of great authority and influence who advocates for and facilitates an evil policy such as abortion. What good does it do such a person in a state of spiritual darkness to continue to receive the Eucharist?
How much scandal does it bring and how much harm to the Body of Christ!
Yes it can happen that the prayers and sacrifices of the faithful have converted the most hardened of sinners. However, it is sometimes necessary to confront such a person, as is written in Matthew 18:15.

It is simple. When the egg and sperm unite a new life is created. After that this life develops and in 9 months time a new human being will enter the wold. When a new life is killed inside the mother or after the birth, it is still a crime. For a Catholic to participate in any way in such killing is a mortal sin. I frankly cannot imagine how any one could excuse it by weasel words.

Mark you say some people do not beleive it is life because it is so little. But it will never be more alive than it is after conception. It will grow bigger, yes, it will learn to walk and talk and may be even write blog comments too in time.

You and your interlocutors can believe anything you like. However it is a scientific fact that a fertilized ovum contains the miracle of a new and unique human life. There is no way to explain this away. Some people refuse to accept it but their reluctance is nothing more than willful opinion.

Did I say anything inconsistent with what you write? My point was that when we talk about abortion (or indeed anything else), it is important to try to get our facts straight, otherwise we lose credibility. Do you disagree with this?