IT REALLY IS HARD TO TELL SOMETIMES

But not in the case… 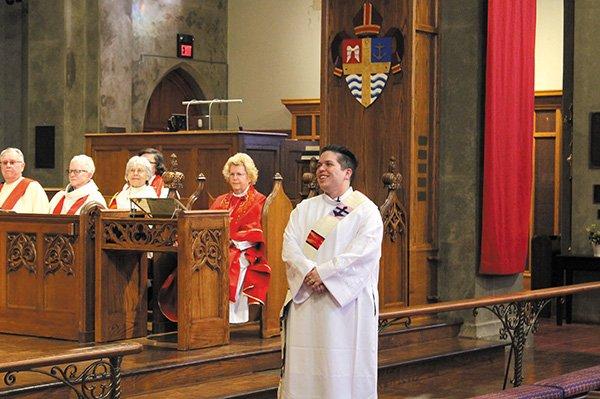 I hear from a reliable source that a priest in a certain diocese unknowingly presided at a “marriage” between two men, one “transgendered”. Not even the victim “spouse” knew and didn’t discover it for several months! This was a case of a man presenting himself “biologically” as a “woman.”

Of course this mockery was invalid as a sacrament and at the time even as a “civil marriage.”

Thus I would not be surprised if some women who make themselves look like males and convincingly so, have be admitted to the seminary and “ordained.” Of course the ordination would be invalid.

Let’s theorize: Let’s say a women disguised as a man does get “ordained” but this fact is not discovered for her entire “priesthood” and after have celebrated her 60th anniversary of faux ordination, she dies. Then it is discovered.

What to do about all the sacraments she celebrated that weren’t?

Here’s the National Chismatic Reporter’s (NCR) report on women in the seminary:

A leader of the U.S. bishops' conference has written to Catholic prelates throughout the country, alleging that an unspecified number of transgender men have been "unknowingly admitted" to diocesan seminaries and houses of formation for religious orders.

…In his recent memo, Listecki says his committee had been made aware of "instances where it had been discovered that a woman living under a transgendered identity" had been admitted to a seminary or a religious institute's house of formation.

In one instance, Listecki wrote, an individual's "sacramental records had been fraudulently obtained to reflect her new identity. In all instances, nothing in these individuals' medical or psychological reports had signaled past treatments or pertinent surgeries."

The archbishop also wrote that "luckily" each case of a transgender seminarian or religious in training had been discovered before they received the sacrament of Holy Orders.

And then there is this story from San Diego in 2020: 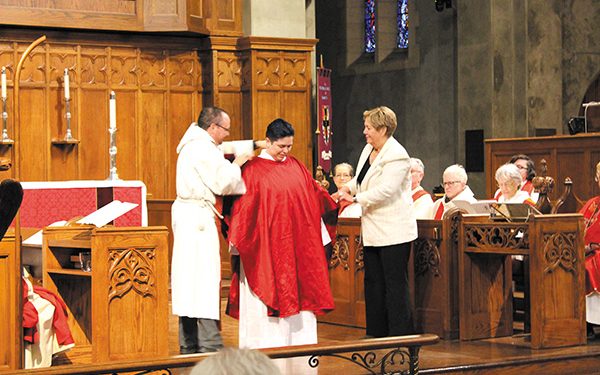 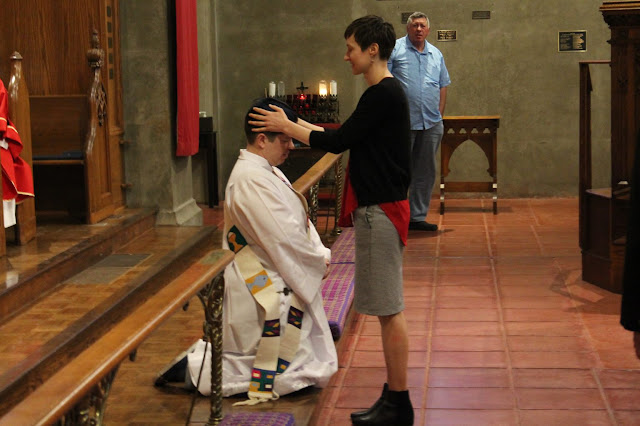 More than 100 people gathered at St. Paul’s Cathedral on Saturday, Feb. 1, to witness a historic event: the ordination of the first trans and nonbinary Catholic priest. Kori Pacyniak was welcomed into the priesthood by the small progressive international Roman Catholic WomenPriests (RCWP) movement.

Let me be the first to comment. Having read the National Chismatic Reporter’s title for this article, how in the name of God and all that is holy, would not trans gendered men NOT know they had been admitted to the seminary. How dumb can you get?

Break out the cupcakes and balloons.

Only word that comes to mind, fatuous!

About so-called "transgender" (meaning, women presenting themselves as men) being admitted to the seminary...

When I applied to the seminary, the following things were required:

1) My sacramental records were obtained from the place of my baptism. That establishes the name I had when baptized, and all subsequent sacraments.

2) A physical exam. While no one told the doctor I was entering the seminary, and I don't recall every detail of the exam -- forgive me for perhaps TMI, but -- when I see the doctor lately, he sees everything. Routine. And, yes, I know that people have operations, so maybe I'm naive, but I was assuming that the surgical masquarade would not fool a doctor?

And, if you are "transgender," wouldn't you normally tell your doctor this? If you've had things removed, if you are taking hormones, if you still have ovaries and so forth?

Finally, it is certainly possible after all that, that someone may succeed in such a masquarade. In 2,000 years, it has probably happened before that a woman fooled enough people to simulate ordination. God is not mocked. The good he intends to do for people through valid sacraments, he is well able to do when people attempt to mock him, his holy things and his people, apart from the sacraments.

I'm not disparaging anyone - what people do is their business. However, as the Church ordains biological men to the presbyterate, a non-biological man attempting to use deceit to gain access to the major orders is despicable. Live your life according to your choices - don't disrespect others, an institution, or a vocation, by trickery.

As I have indicated before, I am getting too old for this. Apparently, we are now up to LGBTTQQIAAP or LGBTIQA+. I can’t keep up and get lost after the letter B. Like ByzRus, I do not intend to disparage anyone. It is just a statement of fact.

A man 'transitions' to a woman and then marries a man. Presumably when he identified as a man he had homosexual tendencies. There have been cases of two 'transgendered' individuals marrying one another. The world of sexual deviance is certainly confusing, if not Kafka-esque.

Reminds me of the old limerick:

There was a young queer from Khartoum,
Took a lesbian up to his room;
They argued all night
As to who had the right
To do what, and with what, and to whom.

So much of this needs psycho-therapy but of course in many places skilled mental health workers are forbidden to classify any form of sexual deviancy as deviant and in need of therapy. What nonsense, but it is what it is. I once counseled a parishioner, a man, once married and then divorced and who had three children and currently was living with a woman who told me he was transitioning to a “woman.” He had already begun hormonal treatment and eventually surgery to disguise his maleness.

I asked him if he was homosexual. He said no, he loved women and that once he became a “woman” he would be a lesbian.

And if that is not a sexual disorder, I don’t know what is.

He was (is) a tortured individual. I feel for them

After reading John Nolan and Father McDonald’s last comments, all I can say is “My brain hurts.”