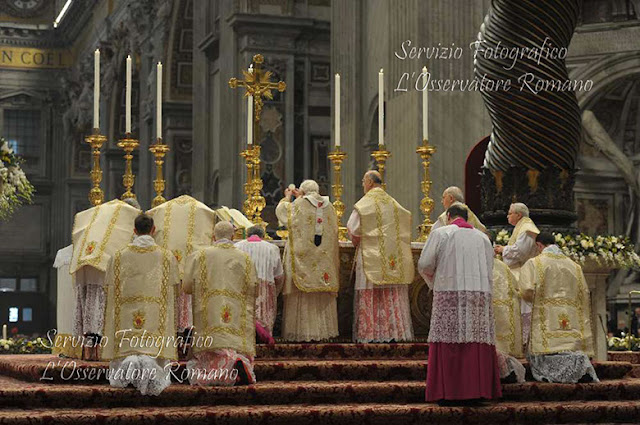 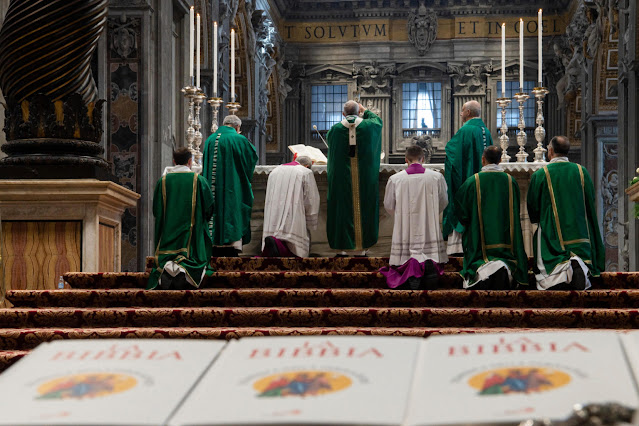 As I scratch my head concerning the disjointed words Pope Francis uses in the interview he gave on the subject of the Tridentine Mass which seem a bit more friendly than his MP, I have finally become self-aware of why I am so put off with this pontiff.

And I think the "angst" that I feel is what many very strong Catholics felt after Vatican II, especially with the silly season that began almost immediately that most refer to as the "spirit" of Vatican II.

There was a complete rupture in what Catholics believe prior to Vatican II and after Vatican II. And back then bishops, priests, religious and theologians used psychology against those they classified as "so pre-Vatican II" as though they who once were thought of as faithful Catholics overnight had become intransigent heretics for holding onto what made them good practicing Catholic in the first place. You can only imagine the anger and angst it must have caused these once fiercely faithful Catholics.

Fast forward to Pope Benedict's papacy, his restorative theology and discipline, his call to the Church to interpret Vatican II in continuity with what had preceded Vatican II and finally the gold standard of his papacy, Summorum Pontificum which opened the celebration of the Tridentine Mass to as many as wanted it including all priests.

Pope Benedict's hope was that the older form of the Mass would influence the newer and that there would be cross fertilization or mutual enrichment, the hermeneutic of continuity or reform in continuity.

I loved Pope Benedict's vision for the modern Church going forward and I prayed that one day a new Roman Missal in the Ordinary Form similar to the Ordinarite's Roman Missal would be developed and promulgated precisely doing what Pope Benedict hoped for in terms of organic development.

And then there was Pope Francis' MP on the Feast of Our Lady of Mt. Carmel. Up until the day before, i was in good graces with the Church because I resoundingly accepted Pope Benedict's theology of reform in continuity but on that day and the days after, I was outside this pope's magisterium, not because of any thing I did but because of what His Holiness, the current pope did!

As a priest who celebrates both forms of the Mass and appreciates both of them, I now find myself outside of acceptable discipline because of an authoritarian dictate basically canceling Pope Benedict's liberal allowance of the former Mass and his whole theology of continuity rather than rupture.

I just don't buy Pope Francis' leadership and now he has opened the door to himself being canceled by a future pope.

That's the tragedy of the theology of rupture that Pope Francis clearly embraces. And if we disagree with it, His Holiness uses psychology  to whip us into his corner. We are described as rigid and fundamentalist.

Holy Father, you are not the Supreme psychologist. Stop trying to diagnose your people's mental illnesses and stick to what popes are suppose to do, hand on the faith and morals of the Catholic Church in continuity with her rich history and leave the psychology stuff to professionals.

If John Paul was "the great" (I like to think of him as John Paul the Traveler) then Francis--if we are going to be realistic--is Francis the Liquidator.


Operating a Church this way isn't going to work. It hasn't worked. It Isn't working now. It won't ever work. We are being played and Francis the tool of the players. The Church is being reduced to a non-religious organization of human fraternity, useful for the secular powers to exert social control. Instead of being saved from Hell, we are now supposed to save the Earth.

Francis the Liquidator. The voice crying in the wilderness announcing the dawn of the Ape of the Church.

Amen. I can't think of a better way to describe how I feel as well.