WITH THE SUPPRESSION OF MANY EXTRAORDINARY FORM MASSES THROUGHOUT THE WORLD, WHAT IS THE STATE OF THE NORMATIVE FORM OF THE REFORMED LATIN RITE? 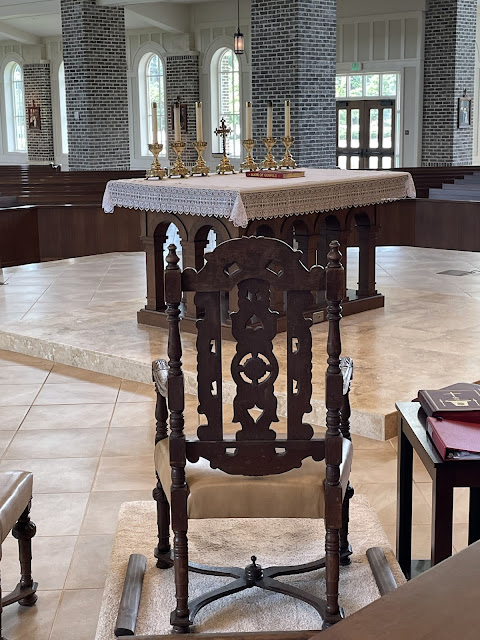 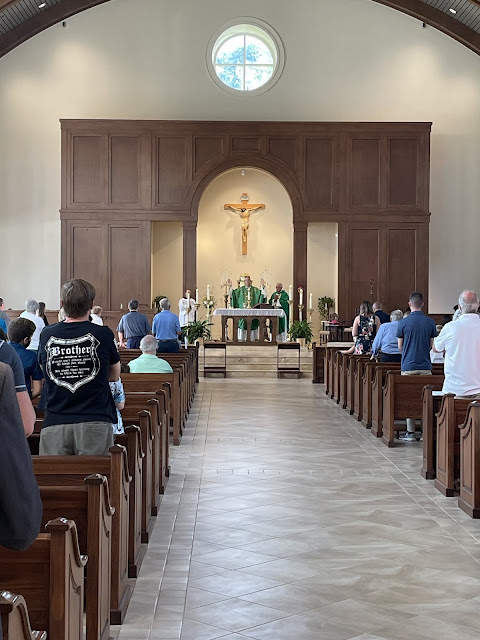 Has the focus on the Extraordinary Form since 2007 been a distraction to the “reenchantment” of the normative form of the Mass of the post-Vatican II Church?

That does not seem to be God’s plan, since it is His Church, but who knows but God?

But what is the state of the normative form of the Mass in most local churches? And now, with the EF Mass being suppressed in many dioceses or severely curtailed, will the priests and communities celebrating these EF Masses now focus on a better and more solemn and prayerful expression of the Ordinary Form of the Mass thus bringing true renewal to it and its celebration?

My own experience of the Extraordinary Form of the Mass is that for most who attend, understand and appreciate it, it is very prayerful and beautiful to the eyes and ears. The grand silences of the Mass (while actions of the Mass are occurring, such as the soft-voice Roman Canon) lead to a profound contemplation of the Mystery (Mysterium/Sacramentum) taking place at the altar.

The Low Mass has no singing and thus noble simplicity marks this expression of it.

The High Mass in Gregorian chant, simple or complex or with the more complex polyphony is stately, predictable and prayerful/meditative. There are no surprises for the worshipper as there is predictability and stability.

But what about the experience of most Catholics in normal parishes of the normative Mass? Is it as bad as those in the EF camps believe?

I am not talking about clown Masses, dancing at Mass or the like, while these do happen in some places, these are as rare as extraordinary only parishes, in fact more rare.

What is the normative Mass like today? Is it beautiful, prayerful and participative?

Let me say something about the recent Ordinary Form all Latin Mass I celebrated on a First Saturday with EF choreography and sensibilities.

In our normal daily Masses, the Ordinary Form Mass is mostly spoken, however we sing the Jubilatio Deo parts of the Mass: the Kyrie, the Alleluia, Sanctus, Mystery of Faith, Great Amen and Agnus Dei.

Everything else is spoke and we always say the official introit and Communion Antiphon.

I think that the strength of the OF Mass is that it allows for flexibility of what is chanted and not chanted, it can be a mix.

Thus the all Latin Mass in the Ordinary Form I celebrated, I did the exact same thing. The Kyrie, Alleluia, Sanctus, Mystery of Faith, Great Amen and the Pater Noster as well as the Agnus Dei were chanted.

Our parish knows these in Latin very well and at the Ordinary Form Mass they chanted them with gusto, but not at the EF Mass when we chant it. They also spoke their parts in Latin in a robust way, but not so much at our Low EF Mass on Tuesday evenings.

Apart from that, what is the state of the Ordinary Form Mass you have experienced in your parish or in travels? Good or bad, please don’t be snarky but balanced in your critique of the good and bad.

The flexibility that you cite as the Mass' strength is also its greatest weakness.

As far as the "pipe dream" that you cite, I think most Traditional Mass lovers were realistic enough to see that such a change would take years in the average parish. The idea of the Traditional Mass supplanting the New Mass was actually the greatest fear of the priests and bishops who despised this Mass.

Which brings us to the next great weakness of the New Mass: Its inability to communicate the sacrificial nature of the Mass. And I believe that is the key to understanding the priests and bishops who react to the Traditional Mass with anaphylactic shock: They don't want the Mass to be a sacrifice because they don't really and truly believe in it. What little faith they have is Protestant and it's just a "Lord's Supper" memorial for them.

And their vision of Mass as just "The Lord's Supper" is a colossal bore for the rest of us.

The OF is dying out because of the demographic sinkhole. Go over to The New Liturgical Movement and see the photos of the Walsingham pilgrimage or the the Eucharistic Octave in Covent Garden. Young clergy and young attendees. They are the remnant that will be here in 40-50 years, not the Vatican II Spirit Crowd who have inflicted so much damage on the Church and her Faithful. I read today that the 4 EF Masses suppressed in Melbourne following the infamous TC have now been restored.

Go to today's Mass with the pope, a ton, I mean, a ton of young people there!

Go to a typical OF parish church on Sunday - mostly grey hairs. Papal Masses are an event

Mass is holy; it's the holiest thing this side of heaven. Hidden Tabernacles, bad music, distracting chitter chatter, banal interiors, comedic priests, disrupting asides and remarks, inappropriate gesticulations, scandalous attire, bad preaching, pre-closing bulletin reading have, along with many other accretions, demoralized the faithful and obscured that which makes Mass holy.

To put it politely, the state of the OF in most parishes is abysmal. I can guarantee you few of them have heard of the Roman Graduale, or even know of the actual propers for the Liturgy.

99.9999% of parishes don't use the Graduale or a translation there of for their Liturgies...And that's not even addressing other issues such as ad orientem, and other things.

When COVID restrictions were in place (including social distancing) the bishops wanted the Mass as short as possible; of course the congregational 'sign of peace' had to go and congregational singing was banned, homilies were to last no more than five minutes, the 'bidding prayers' were suppressed along with lay readers, and Communion (in one kind only) was given after Mass.

Now that restrictions are lifted, the Solemn OF Latin Mass at the Oxford Oratory (11 a.m. on Sundays) is back to normal. However the 'Offerte vobis pacem' is unlikely to return in the foreseeable future, and the Offertory follows immediately after the Credo, with no tiresome intercessions (which actually date from 1964, well before the Novus Ordo). The notices are now read from the pulpit before the sermon, rather than before the final blessing (another 1964 innovation).