THE PETER PRINCIPLE FOR THIS SUCCESSOR OF SAINT PETER? 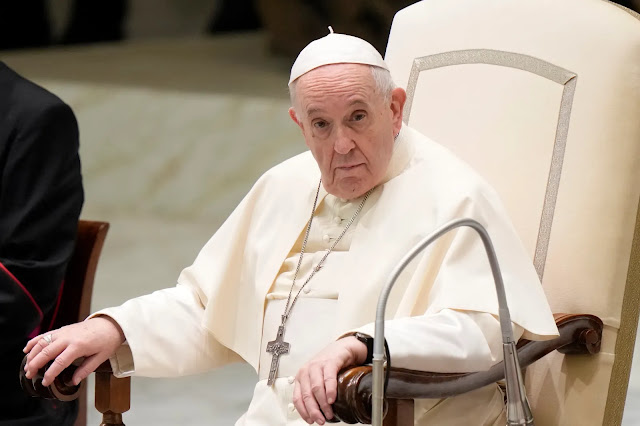 From a left leaning Catholic commentator:

He’s given a major interview to the Spanish broadcaster Cope, discussing matters of vital importance ranging from Afghanistan to his own health, yet all anyone seems to be talking about is the fact that Francis confused Angela Merkel with Vladimir Putin, praising Merkel for something Putin actually said about Western efforts to impose democracy on other countries.

Then on Thursday, Rome’s chief rabbi joined a chorus of Jewish protest of remarks Francis had delivered on Aug. 11 during a General Audience, in which the pope said “the Torah does not give life.”

Read the rest of John Allen’s commentary there.

And this from a right leaning Catholic commentator:

While the interview was between religious people, in a religious setting and about various ecclesial topics, it was marked by a certain mundane horizon. God did not make much of an appearance. Health, finance, governance, travel and climate change were covered. The conceptual framework of the interview was that the Holy Father was the head of an institution of some sociological importance, not the universal pastor of the Church founded by Jesus Christ. Carlos Herrera interviewed Pope Francis much as one might the secretary-general of the United Nations, or the president of a country.

It is a widespread phenomenon to consider the Francis pontificate in this-worldly terms, where the faith is considered only for its horizontal impact. That seems a disservice to a pope who, in this interview, stresses that the charter of his pontificate is Evangelii Gaudium, the Joy the Gospel!

Read the rest of Father Raymond de Suza’s commentary there.

He has a simple face