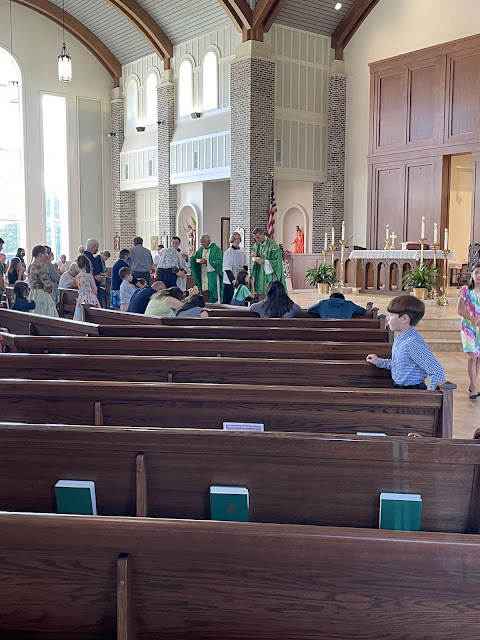 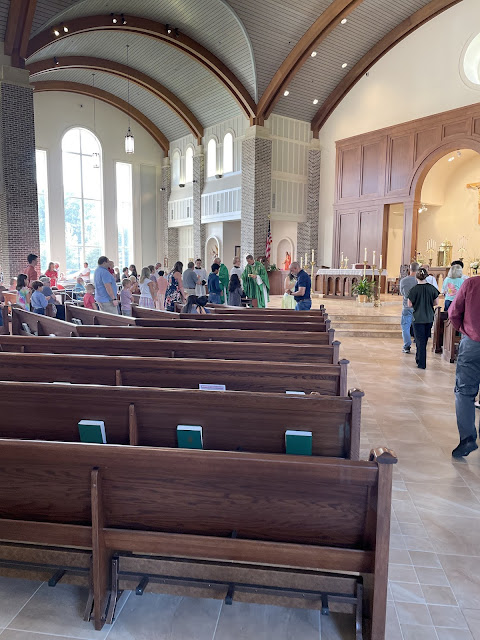 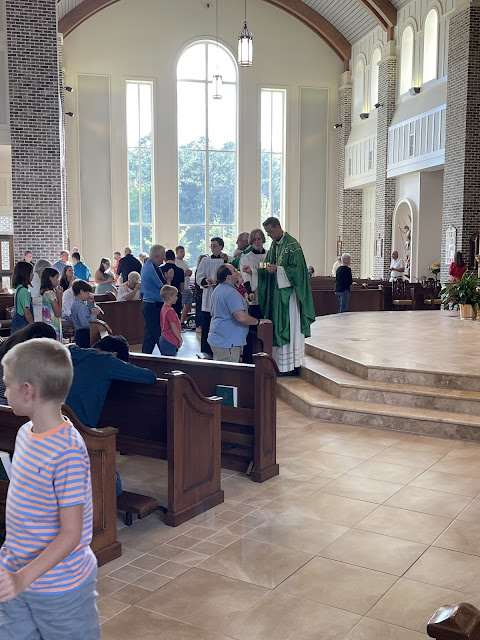 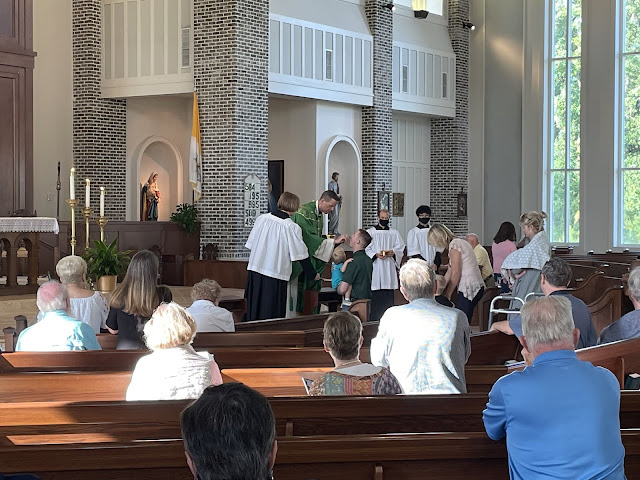 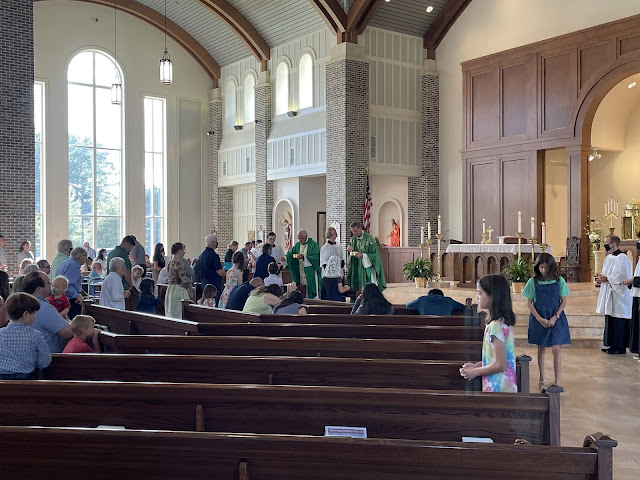 At my current and last parish, I allowed people to choose either to kneel or not to kneel to receive Most Holy Communion.

Prior to my implied permission to kneel, those who chose to kneel had to kneel on the hard floor and often it was difficult for them to arise, especially nursing mothers with child in arms.

Thus I decided to place kneelers for them to kneel more easily and arise more easily, especially nursing mothers with child in arms. Providing kneelers was an act of extreme hospitality and inclusivity toward those on the periphery who prefer to kneel for Most Holy Communion. No?

The ideology behind the move to stand to receive Most Holy Communion and in the hand is that we are risen in Christ and the standing position signifies that. And we are adults not spoon fed by someone else as though a child, but we feed ourselves, thus the ideology of receiving in the hand. And of course the priest isn’t spoon fed at the altar but feeds himself, so the laity must also—clericalizing the laity, I would say, but I digress.

But isn’t a Catholic raised in Christ if they receive Most Holy Communion standing, kneeling, sitting or laying on their back on their death bed? Of course they are—thus proving that the demand that people uniformly stand to receive Most Holy Communion standing and in the hand is ideological. And is it humiliating to have Jesus spoon feed adults. Of course not! It is a wonderful gesture.

Is it divisive to have people at the same Mass to either kneel or stand for Most Holy Communion? No, in my most humble non ideological truth.

Thus, let’s restore altar railings where people can stand or kneel to receive Most Holy Communion and start using railings that are still present but left unused in a bizarre act of misuse of the environment!

The Sacred Species are, with stunning regularity, dropped on the floor when communicants receive in the hand while standing. Kneeling at the communion rail while receiving on the tongue reduces the occurrence of host-dropping to nearly zero...perhaps a full zero if the priest is accompanied by a patten-extending server and a houseling cloth is used. Are reparations still made when hosts are polluted in this manner?

Assuming previous catechesis has been provided, no, so long as those receiving in this manner do not choose to make it divisive by making a spectacle of themselves. Don't try to out Catholic others - you cannot be more holy than our Lord. At the same time, kneeling is a valid option in the Roman Church so, those who choose not to kneel should not get angry, huff, puff, harumph, roll their eyes, make exaggerated movements around the person kneeling, carp and try to seem more.....whatever than those who choose to kneel. In other words, exercise the option of your choice, be concerned about yourself and your own salvation and don't make it into a discussion point where "teaching moments" from the pulpit, monopolizing the "Pastor's Corner" in the bulletin etc. becomes necessary. Adults acting like adults should be the goal.