WHEREIN I COMPLETELY AGREE WITH FATHER ANTHONY FORTE, BUT WHO IS HE??? 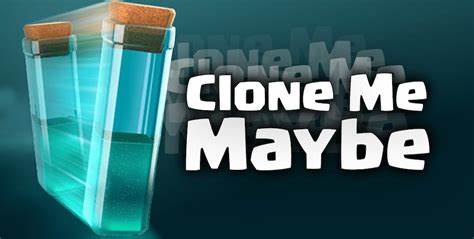 You would think he is I so thoroughly is his comment what I hold:

Likewise there is no basis in Vatican II for the complete elimination of Latin, the elimination of Gregorian chant, Mass versus populum, new Eucharistic prayers, a completely new missal, extraordinary ministers of Communion, Communion in the hand, Communion while standing, etc., etc.

The growing interest in the ancient form of the Mass is a result of the excesses and rigidity of the advocates of the liturgical reform. If a fully traditional form of the new Mass had been allowed to exist side-by-side with the present more radical form, there would not have been this renewed interest. Even now if the advocates for liturgical reform would accept the fullness of the Missal of 1970 and its allowance for a traditional form there would be less interest in the old Mass. Pope Francis said that the tradition is accessible in the present missal. In theory yes; in practice no. It is not enough to complain about the continued celebration of the ancient form of the Mass. Accept the true liturgical reform that can accommodate the liturgical tradition with the new missal

"You would think he is I so thoroughly is his comment what I hold:" Oh, save us, Lord...

"I" is nominative case.

"Me" is objective case.

You might as well have said, "You would think he is I so thoroughly is his comment what Me hold."

Hmm! You better study your English. Is it He is I or I am him?

The conjugation of the adverb “to be” is: AM, ARE, IS. The proper pronoun must match the conjugation:
This is wrong:
I am him. No, it is I am he.

In your phrase, "He is I," "is" is the verb. Subjects and verbs must AGREE with one another in NUMBER. You have chosen the verb correctly inasmuch as the number of the nominative pronoun "He" is singluar and the number of the verb is singular. Congratulations.

Therefore, the correct pronoun in the location of your "I" must be, not the nominative pronoun "I," but the objective pronoun "Me."

After having been sidetracked by FrMJK’s poor grammar, I notice that this comment by my clone has been canceled by PRAYTELL. Interesting, no?

by Mark Israel (freely adapted from an article by Roger Lustig)

[This is a fast-access FAQ excerpt.]
Fowler says: "me is technically wrong in It wasn't me etc.;
but the phrase being of its very nature colloquial, such a lapse is
of no importance".
The rule for what he and others consider technically right is
*not* (as is commonly misstated) that the nominative should *always*
be used after "to be". Rather, it is that "to be" should link two
noun phrases of the same case, whether this be nominative or
accusative:
I believe that he is I. Who do you believe that he is?
I believe him to be me. Whom do you believe him to be?
According to the traditional grammar being used here, "to be" is not
a transitive verb, but a *copulative* verb. When you say that A is
B, you don't imply that A, by being B, is doing something to B.
(After all, B is also doing it to A.) Other verbs considered
copulative are "to become", "to remain", "to seem", and "to look".
Sometimes in English, though, "to be" does seem to have the
force of a transitive verb

'You would think he is I so thoroughly is his comment what I hold'. The whole sentence is infelicitous but the bad grammar occurs in the second part of the sentence, since you don't hold his comment.

Where Fr K. slips up is that he thinks that the verb 'to be' has an object which would be in the accusative case. It does not; it has a complement which must be in the same case as the subject of the copula.

Thank you John Nolan for correcting this pretentious priest

"To be" and other state of being verbs are followed by a predicate nominative; which, of course, are nominative and not objective case. Case closed, Fr. Mac wins!

Don't thank me, thank Fowler, whose 'English Usage' is still authoritative and has been updated more than once in the 20th century. He is not infallible, but a better guide than Fr Kavanaugh who exemplifies Alexander Pope's dictum that 'a little learning is a dangerous thing'.

Were he still allowed, he would no doubt adopt Anonymous or a silly pseudonym to attack me for my alleged 'superiority'. As things stand, he can run but he can't hide.

The new arrangement has cramped his style!

John - When it is a difference in fact and I am incorrect, I have no inclination to hide. You are correct - the intransitive "is" does not require the objective "me." Fr. McDonald's post, though inelegant and, as you noted, infelicitous, was not gramatically wrong.

That being said, I would not use the "correct" form inasmuch as it grates on my ear and, I suspect, the ears of most other users of English in this part of the English speaking world.

Yes, them there folks who likes informal English ain’t going to stop them ems from using it. It ain’t that I don’t like them ens but there spelling is two formal too. But they thinking them there learning gives em a pass.

You hide all the time when an “inconvenient fact” disturbs your ideology!

'That, heedless of grammar, they all cried, "THAT'S HIM!"' (RH Barham, The Jackdaw of Rheims).

Perfectly acceptable colloquially, and would count as an emphatic pronoun, if English possessed such a thing; perhaps it should.

It's always possible to arrange things so that you can be grammatically correct without sounding stilted. In general, blog comments are more colloquial in style than strictly formal writing, since they are usually part of a conversation.