THE SECULAR MEDIA IS BEGINNING TO REALIZE HOW ORTHODOX POPE FRANCIS IS AND THEY DON'T LIKE IT! 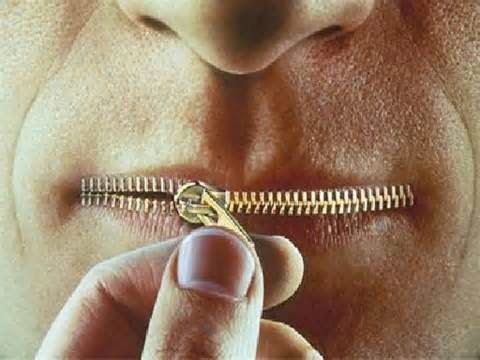 There have been several news stories on Pope Francis "cracking" down even harder of the LCWR. He's not the ultra-liberal they think he is or was!

Of course there is the Australian heterodox priest that Pope Francis excommunicated.

And now there is a news story about the Vatican investigating a priest in India for his heterodox teachings.

(RNS) The Vatican is investigating a Jesuit theologian from India for allegedly espousing unorthodox beliefs, raising new questions about whether Pope Francis — the first Jesuit pope — is in fact moving the Catholic Church in a new direction.

News of the threatened censure of the Rev. Michael Amaladoss, whose best-known book is “The Asian Jesus,” follows on the heels of a blunt warning on orthodoxy and obedience that the Vatican’s doctrinal watchdog, Cardinal Gerhard Mueller, delivered to a group of nuns who represent most American sisters.

Mueller’s April 30 speech to sisters from the Leadership Conference of Women Religious was seen as an unexpected setback in negotiations over a Vatican investigation of the nuns that began a year before Francis was elected. Mueller’s hard line also seemed out of step with the new style of openness and flexibility that has marked Francis’ young papacy.

Church sources say that Amaladoss, a highly regarded expert on interreligious dialogue and Christology, first came under scrutiny by Mueller’s office a year ago. They said Amaladoss believed that his initial responses to questions about his views on the uniqueness of Jesus and the Catholic Church had answered Vatican objections.

But in January, Mueller’s office returned with a demand that Amaladoss write an article publicly endorsing the Vatican’s views or face silencing. For decades, that level of severe sanction was a hallmark of the hard-line treatment of theologians under Cardinal Joseph Ratzinger, who later became Pope Benedict XVI.

In early April, Amaladoss met with Mueller and other officials from the Congregation for the Doctrine of the Faith and he “agreed to rework … those issues in the light of the dialogue,” the Rev. Edward Mudavassery, who oversees the Jesuits in India, wrote in an email.

“I understand it was an open and honest meeting trying to clarify objectionable issues,” Mudavassery said. “We all know that Pope Francis is a man for dialogue. It seems to me that the CDF, too, may follow this path to sort out differences because these men under the scanner are genuine and loyal to the Church and to the teachings of Jesus.”

Francis reportedly knows about the investigation but does not seem overly concerned that it will end in punishing Amaladoss, according to Jesuits familiar with the case.

Francis knows Amaladoss because of his long and distinguished career as a Jesuit, both as a theologian and author of hundreds of books and articles, and also as a longtime assistant at the Jesuit headquarters in Rome.

Amaladoss is traveling abroad, Mudavassery said, and the theologian did not respond to emails sent to him at the Institute of Dialogue with Cultures and Religion that he heads in Chennai.

Mudavassery said he did not know of any restrictions placed on Amaladoss. But Amaladoss has pulled all speaking and writing commitments as he tries to address the Vatican’s concerns. Jesuit sources said Amaladoss told his U.S. publisher, Orbis Books, to halt work on a planned collection of his writings; Orbis officials declined to comment on the status of any project with Amaladoss.

The priest also canceled a lecture at Union Theological Seminary in New York, scheduled for April 8, titled “Is Theology in India Really Different Than Theology in the West?” A note on the seminary’s website reads: “The Congregation for the Doctrine of the Faith of the Vatican has forbidden Dr. Amaladoss from speaking and publishing until a process of examining his thought has been successfully completed.”

“Amaladoss has asked us not to comment on the specific reasons for this cancellation, and we respect his wishes,” added Union spokesman Jeff Bridges.

Investigations by the Congregation for the Doctrine of the Faith are conducted in secret, and targeted theologians often don’t know that they are under scrutiny until the investigation is well underway. They also typically do not know who lodges complaints or who in the CDF is conducting the investigation.

Theologians have long complained that such secrecy and the limited opportunities they have to answer charges in person have led to a coercive system that reflects poorly on the Catholic hierarchy.

During the quarter century that Ratzinger ran the office under Pope John Paul II, Jesuits were often the targets of CDF probes, in part because Jesuits have a missionary focus and seek to translate traditional beliefs for modern believers and to other religious cultures.

The process of engaging cultures is especially advanced in Asia, where Christianity is a minority and where Jesuits have established a beachhead for Catholicism. But that also means that theologians working there often use nontraditional formulations to try to communicate the faith to Hindu or Buddhist audiences who have little understanding of Western views of God and Jesus.

Amaladoss’ own teacher, the Belgian Jesuit Jacques Dupuis, faced a long and grueling investigation by the CDF over his views on religious pluralism. The stress of the probe, led by Ratzinger, is said by colleagues to have contributed to Dupuis’ death in 2004.

So, if Pope Francis is behind Cardinal Muller on this LCWR business, does that mean he is also behind Muller on the Communion for the remarried issue? Muller has made some pretty clear, orthodox statements, and I'd like to think they come with Francis' support.

Pope Francis wants everything that his curia does to pass his desk first for approval. Yes, what Muller says has Pope Francis support and Mueller has a greater responsibility in the curia and thus for the Church than Cardinal Kaspar who is simply an academic who is allowed to give his input.

Thank you, that's great to know!