THE MEDIA IS GOING CRAZY! THE POPE IS LESS LIBERAL THAN THEY THOUGHT AND THE DEVIL PROVES IT! 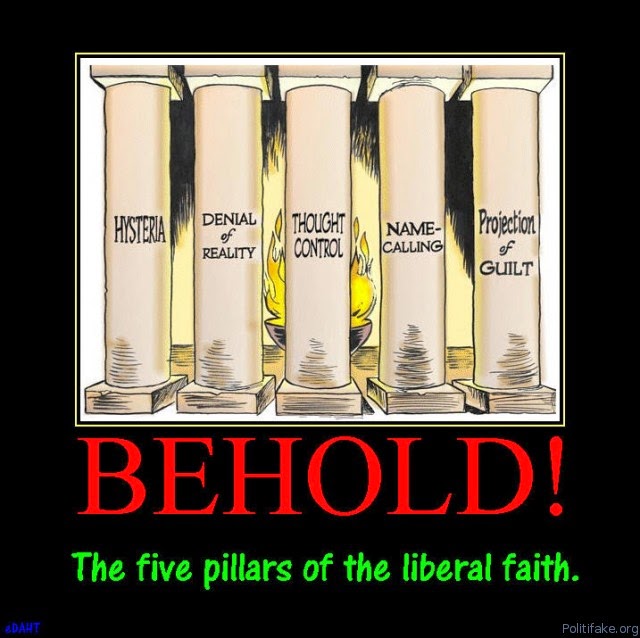 This is from the Examiner:

On Monday, May 12, Lauren Barbato of Bustle wrote an article stating that Pope Francis talks more about Satan than Catholic Church leaders have since 1987, when Pope John Paul II gave a speech where he blamed "the disorder we see in society, the infidelity of man, the interior fragmentation of which he is a victim" at least partly on the devil. She said Francis's position that Satan, as described in the Bible, is a being who literally exists is confusing to some Catholics (I wonder which Catholics?). Barbato added that the Catholic theologian Vito Mancuso is opposed to the Pope's teachings on this subject because he "is opening the door to superstition."

Mancuso isn't the only one who sees the Pope's belief in the existence of Satan as hopelessly backward and potentially harmful. In a blog entry published on Monday, May 12 on Why Evolution is True, the site's owner describes belief in Satan and Hell as, "about as retrograde a belief you can have in our modern world."

The writer of the entry went on to say, "... Francis is given a pass. When are those people who are so impressed by his 'humility' going to learn that it’s just a facade, behind which lurks all the incense-scented malfeasance and superstition of Catholicism? And, far from reforming his church by nudging Catholics toward more enlightened sentiments, Pope Francis is keeping the Church mired in the Middle Ages, at least on the issues of Satan and demons. ...Yes, these people really do believe in Satan, and that itself is unbelievable! Where's the evidence for Satan, much less God?"

It is impossible to say for certain whether or not the Pope's beliefs will keep anyone from becoming more enlightened. However, it is very clear that his beliefs are consistent with doctrines that have been accepted by many professing Christians for about 2,000 years. Belief in the existence of Satan and his role as an enemy of both God and professing Christians can be traced back to a story recorded in the New Testament books Matthew, Mark and Luke where the devil tempted Jesus for 40 days in the wilderness, along with several other passages from the Old and New Testaments. In her article, Barbato gave several examples of how the Pope talks about Satan.

According to Barbato, "Sure, Pope Francis has been making headlines ever since he took over in March 2013. But in one way, he’s less liberal than you thought: As the Washington Post points out, Pope Francis has some old-school views on Satan. ... Within his first month in office, Francis was already warning Catholics about 'the enemy' and his joy of watching those who lose faith.

"During his homily for his first papal mass, Frances quoted writer Léon Bloy: 'Whoever does not pray to God, prays to the devil.' The next day, Frances again brought up the devil in an address to the College of Cardinals… and then again not long after, in his Palm Sunday homily.

"[Pope Francis said,] 'It comes from knowing that with him we are never alone, even at difficult moments, even when our life’s journey comes up against problems and obstacles that seem insurmountable, and there are so many of them! This is the moment when the enemy comes, when the devil, often times dressed as an angel, comes and insidiously tells us his word. Don’t listen to him! Follow Jesus!'"

In the Washington Post article that Barbato cited, Anthony Faiola added that some leaders within the Vatican view him as less progressive than his predecessor Pope Emeritus Benedict XVI where his beliefs about Satan are concerned. In recent years, it has become popular in the U.S. and western Europe to talk about Satan in more allegorical terms.

On Saturday, May 10.Faiola reported, "After his little more than a year atop the Throne of St. Peter, Francis's teachings on Satan are already regarded as the most old school of any pope since at least Paul VI, whose papacy in the 1960s and 1970s fully embraced the notion of hellish forces plotting to deliver mankind unto damnation.

"Largely under the radar, theologians and Vatican insiders say, Francis has not only dwelled far more on Satan in sermons and speeches than his recent predecessors have, but also sought to rekindle the Devil’s image as a supernatural entity with the forces­ of evil at his beck and call.

"Last year, for instance, Francis laid hands on a man in a wheelchair who claimed to be possessed by demons, in what many saw as an impromptu act of cleansing. A few months later, he praised a group long viewed by some as the crazy uncles of the Roman Catholic Church — the International Association of Exorcists — for 'helping people who suffer and are in need of liberation.'"

Faiola added that Pope Francis's beliefs are consistent with a growing demand in Milan, Italy and Madrid for more exorcists and what he described as an increased interest in "mystical rites in the church." Although some liberal Catholics tend to doubt that demonic possession is real or that Satan actually exists, a growing minority sees Satanic activity on the rise and wants to do something about it.

According to Faiola, "By most accounts, the ranks of official exorcists number between 500 and 600 in a global church of more than 1 billion Catholics, with the vast majority operating in Latin America and Eastern Europe. This week, at the ninth and largest Vatican-sanctioned convention on exorcism, attendees gushed about the fresh recognition being afforded the field. Almost 200 delegates — most of them priests and nuns — from more than two dozen nations talked about how Satanic cults are spreading like wildfire in the age of the Internet."

The pope's teachings about Satan have been treated as major news in recent weeks. An argument could be made that Francis validating the beliefs of many Catholics in Latin America and parts of Europe could result in negative things such as people with mental illnesses or serious diseases being treated like they are demon possessed instead of getting proper treatment. However, without some evidence of his teachings having negative impacts on people's lives, it is possible that naysayers are overreacting to the idea of Pope Francis interpreting the Bible literally.

Many Evangelical Christians have expressed similar beliefs for decades and it would be difficult to prove that they held back progress in any noticeable way or ruined anyone's lives. Granted, the Pope's opinions are given more weight and authority than most people's, but it still seems early to describe his teachings as a throwback to the bad old days when the Catholic Church did things like punishing astronomers who dared to say that the earth revolved around the sun.
Posted by Fr. Allan J. McDonald at Tuesday, May 13, 2014

His emphasis on the Devil, and on Confession, is the best aspect of his Papacy, in my opinion.