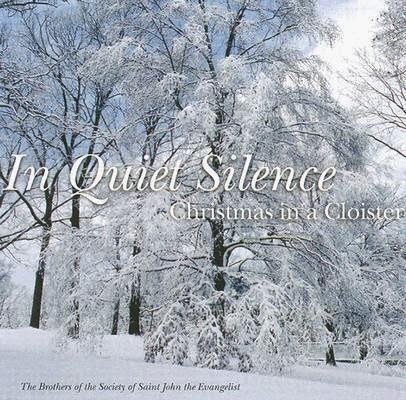 There was a brouhaha at the Augusta, Georgia Veteran's Administration Hospital this past Christmas. The Alleluia Community School, which is an ecumenical charismatic covenant community  but predominantly Catholic, went to sing Christmas Carols, such as Silent Night, at the VA only to be told by the administration there that they could only sing secular "winter festival" songs, like Rudolph the Red Nose Reindeer and the like. In fact the school was given a list of approved secular songs.

Well, through the Alleluia Communities protestations and religious outrage in Augusta, Silent Night is no longer silenced at the VA in Augusta. Religious themed Christmas music may be sung there next Christmas!

This is from this morning's Augusta Chronicle:

School administrators said Tuesday that VA Director Bob Hamilton apologized for his staff’s restricting student carolers to the hospital’s chapel last December and forcing them to sing from a pre-approved list of 12 nonreligious Christmas songs that the facility’s Pastoral Service “deemed appropriate for celebration within the hearing range of all veterans.”
Alleluia leaders said in a statement to The Augusta Chronicle that Hamilton assured them their students “are welcome to sing their own repertoire of songs and carols, including those with religious content, without discrimination at locations appropriate for singing within the VA.”

The “amicable agreement” brings a peaceful ending to an incident that drew more than four months of national criticism from veterans and residents, members of the Alleluia Community, First Amendment law firms, congressional leaders and representatives of The American Legion.

Bob Garrett, Alleluia Community School’s overall coordinator and administrative team chairman, said that the private south Augusta Christian school accepts Hamilton’s apology, appreciates his candor and good will in handling this matter, and is overjoyed a resolution could be reached.

“We did not want to take them to court, but we would have. We were prepared for that event,” Garrett said. “It means a lot to us to be able to serve veterans and to try to make a difference in encouraging them with our music and presence.”

In its statement, the school thanked hospital leaders for clarifying questions that arose from the Dec. 20 incident, in which Alleluia students left the hospital without singing carols because of the Augusta VA’s taking a stricter stance on a 5-year-old policy it had against imposing religion on patients.

Though students had sung at the hospital without incident in previous years, Hamilton said during a March 5 meeting with school administrators that VA policies “uphold the right to free exercise of religion by all medical, domiciliary and nursing home patients,” which he said includes providing or facilitating appropriate worship opportunities.

Hamilton told the school that the hospital did not and does not have policies that allow “viewpoint discrimination” or prevent groups from singing Christmas carols.
He added that compiling such a list of approved Christmas songs “did not represent the (medical center’s) position” and acknowledged that the hospital is awaiting additional guidance or policy clarification from national VA leadership following the completion of reviews of governing policy on such matters.

The apology was well-received by the chairman of the House Committee on Veterans Affairs.
“We are pleased to hear that Augusta VA Medical Center officials have acknowledged their mistake in curtailing the celebration of Christmas in 2013 and pledged not to repeat it in 2014 and beyond,” said Rep. Jeff Miller. “We will be watching closely to ensure VA facilities across the country don’t allow political correctness to unjustly interfere with activities honoring Christmas or any other federal holidays in the future.”

The Augusta VA said in a statement that Hamilton was grateful for the opportunity to correct any misunderstanding.

“Charlie Norwood VA Medical Center has a deep commitment to Veterans and our community,” the statement read. “We welcome the holiday carolers from the Alleluia School Choir. Veterans and staff alike enjoy their songs, camaraderie and cheerful presence. We look forward to their visit this coming holiday season.
Posted by Fr. Allan J. McDonald at Wednesday, May 07, 2014

What's "an ecumenical charismatic covenant community"? I'm picturing a priest, a minister and a rabbi walking into a bar and enthusiastically resolving to out-drink each other!

I hope that everything is equally calm, cool and polite when a group from the local Mosque shows up during Ramadan to sing some tunes for the Muslim vets....and there are some.

I am not against the restriction as long as the inhabitants can be taken or treated to the music if they desire it. My fear is that some years hence I will be strapped to a bed like some Dalton Trumbo character forced to listed to 'Lord of the Dance' or 'On Eagle's Wings' while I pound my head on the pillow -.. . ... .. ... - .. - .

I think the carolers sing in a public place and no one is forced into going. However, since it is singing, certainly the songs can sail down to rooms of those with ears that hurt when God is mentioned and skin that burns when holy water is sprinkled on it and they speak languages they know not and throw up pea soup vomit when they see a priest.

A very rude, crude, insensitive, narrow-minded remark, Fr. McD....the kind I would not post if this were my blog.

Anon, you would have the added insurance of no readership save those on the Fifth. Level with you.

What is "The Fifth. Level"? Is it a Satanic cult? Do you belong?

Actually it was more poor spontaneous attempt at Latin conjugation for "quit".