PRAYTELL, WHAT'S GOING ON IF ANYTHING? 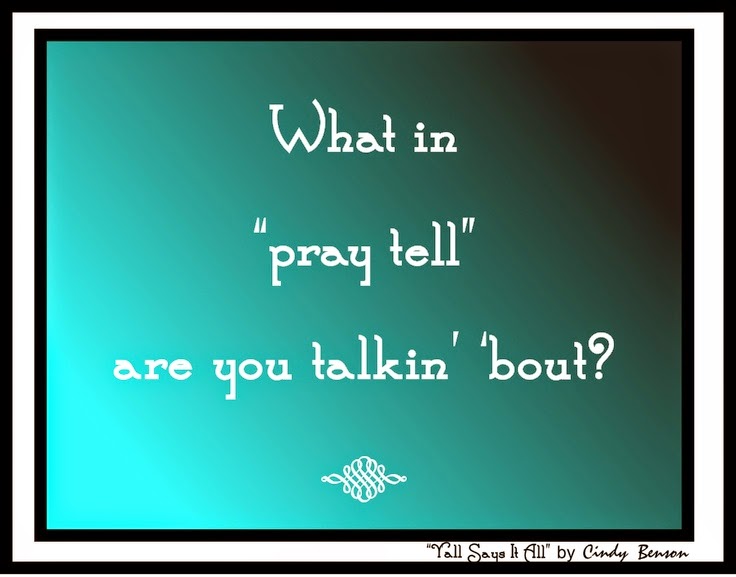 We've all heard about the Bishop in England who cracked down on the "Protect the Pope" Blog. Months ago I reported that Cardinal Muller had made comments of concern about bloggers being divisive in a speech to the Anglican Ordinariate also in England.

Is Pope Francis being the administrator that Popes (Saint) John Paul II and Benedict were not? Is he micromanaging the Church to bring her back into line with orthodoxy, civility and the need once again for imprimaturs for written articles and books on the faith and a censor to boot, like in those horrible pre-Vatican II days?

With that in mind and certainly I don't want to make anything more of it than it is, but I've noticed that the Praytell blog is awefully more domesticated and sober recently, like in the last two or three weeks and a lot more boring. And fewer people are commenting there. I stopped a couple of months ago because of its editorial inconsistancies and complete unfairness toward orthodox commenters.

Have they been warned by higher ups? Just asking. Anyone know? Am I the only one who has noticed a shift away from their more provocative posts and negativity about certain churchmen?
Posted by Fr. Allan J. McDonald at Tuesday, May 13, 2014

" Is he micromanaging the Church to bring her back into line with orthodoxy, civility..."

He is micromanaging the Church not to bring back to orthodoxy and civility.

Francis has made so many uncharitable remarks against practicing Catholics that are to numerous to mention.

Francis is not orthodox and he is not civil. He only shows kindness towards those who agree with him, and "if you love them that love you, what reward shall you have? do not even the publicans this?"

I think you've been drinking the Koolaide that ultra traditionalists have been serving and don't understand his Italian language and how he uses his Italian.
This man is far from a liberal, but he sure has been painted as one first by the seuclar press who hopes he is and second by the ultra or neo-traditionalists who are ideologues and are hysterical.

The Pope needs to micro-manage his speech and leave bloggers alone.

Interesting. I've never visited the site. Why should I with Southern Orders alive and kicking?

Are posts there truly heterodox, or just 'liberal' in prudential matters?

As for Pope Francis, since he publicly assents to the CCC, I suggest that anyone denouncing him as heterodox is in danger of schism, just like the SSPX.

I stopped reading PrayTell over a year ago because the content was routinely mind numbingly bland. By 'bland' I mean lukewarm and predictably dissent-ridden.

I, too, found the treatment of faithful Catholics to be one more reason to go elsewhere and not waste my time on the rantings of people who seem hellbent on refashioning the Church in their own image. The Tradition-minded content that can be found at so many other blogs is so much more exciting and intellectually engaging than the pablum I was reading at PrayTell.

Unless PT changes, I have no intention of going back.

Father McDonald
Regrettably I have to admit that I check that sight from time to time, but only as a form of reconnaissance. I noticed that some of the pseudo intellectuals that used to be frequent commenters are less active, or gone. I'm not sure that you can draw any conclusions about the current content. I think that it has a little more to do with the fact that Francis' "full implementation" of Vatican II that they all are hoping for appears to have lost a little momentum. I'm not sure that they even addressed the LCWR imbroglio because it may have been demoralizing for them. I did see a recent post where they were bragging about how they used Latin for an OF Mass. They wrote about it like it was for entertainment purposes. This should be of little surprise because so often the progressives are all about the show when it comes to the Mass. It came about because students studying Latin, blurted out in class; "Let's have a Latin Mass". So the use of Latin was used as a foreign language exercise. Now on the site is posted a video and a couple still photos from their special event. I didn’t watch any of the video because I feared it may have resulted in the need for Confession. It was incredibly touching how one of the commenters appreciated the use of candles on the Altar as a form of mood lighting. He may have forgotten that it was a Mass vs. a dinner theater he was watching? I also admired the red table cloth that the “presider” used for a chasuble. Just plain red cheap cotton cloth. Unless Francis really starts to kick it up a notch and fulfill their progressive fantasies I think they might lose a little steam at PTB because what they view as their best chance to destroy the vestiges of Catholic identity will be vanishing before their eyes. It's good that you stopped participating on that site, because you or any clear minded Catholics bring legitimacy to it. The site needs to be ignored but a little surveillance doesn’t hurt.
Mike

Gene, if your only point of reference is what bloggers or the secular media choose to report what Pope Francis said without listening or reading his complete text and the context in which he is speaking then you miss completely what he is saying and give into the agenda of neo-orthodox/neo traditionalists, a really, really, really, small minority of Catholics, and give into the agenda of the secular press who doesn't report all that the Pope says or the context.
Keep in mind that true traditional Catholics of the pre-Vatican II type and I mean literally in the 1950's were papists. They would be turning in their grace at the contempt and disrespect being shown Pope Francis today by those who claim to be holding on to Tradition all the while doing it in a way that separates them from Peter. This is not traditionalism in the least. It really is a separatist movement.

The absence of the vitiriol, of which there was little to begin with, over at PrayTell is contemporaneous with the cessation of your posts there, Good Father.

And PrayTell does feature some well-informed teachers and scholars whose posts I find helpful.

Fr., I, like many from the 50s and 60s "...turning in their grace..." are still alive and well, kicking priests like Pater for their nonsensical agendas that have only served to splinter our beloved Church, creating chaos where once unity prevailed. And just who is the author of chaos...? Not God...

So - What's nonsensical about my "agenda?" And what have I done that has splintered the Church?

PI what are you talking about?

Pater, I have "watched" you for years, both here, in the Southern Cross, and personally; If I try to answer your direct question with a direct answer, you will circumvent, deny and/or obfuscate. When YOU are asked a direct question, you will circumvent, deny, and/or obfuscate. Not going there with you..it is the sure road to hell for me, and a major roadblock to grace for others. I appreciate your Holy Orders, but it ends there--enough said from me.

So tired - So, having no evidence whatsoever, you pile on with more baseless accusations.

If you've got the Southern Cross, surely you could quote one or two articles that expose my "agenda"!

And since this blog is searchable, you can surely give one or two examples of my splintering activity?

Or, you can keep on making unsubstantiated accusations and beg off backing up your false accusations with, "...enough said from me."

Good Father - it is the "throes," not the "throws," of a great depression.

I don't know, Ignotus, I was thrown by my instructor once and hit the mat so hard I was depressed for the rest of the day…

Ignotus,Your comments on this blog have been nothing but antagonistic, hostile, and evasive. You are a prime example of the worst Vat II can produce.

I can't imagine Southern Orders without our dear Pater Ignotus. I always look forward to reading what he has to say. I agree with him occasionally, and I frequently enjoy disagreeing with him. He may not always be right, but he always tries to be reasonable.

He avoids reason like the plague. That is what all of his dodges and obfuscation are about. When I see his name on a post, I immediately think, "unreason, and unbelief." Give me a break...