THIS SHOULD BE FOOD FOR ALL CATHOLIC BLOGGERS AND COMMENTERS, NOT JUST ORDAINED DEACONS! 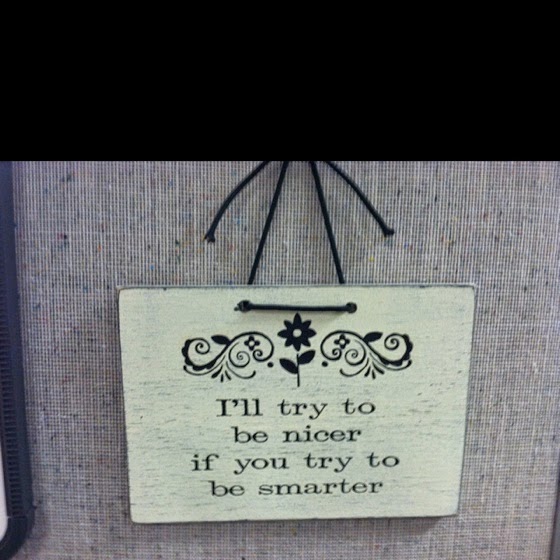 This article is directed towards deacons, but it could well be applied to all who are Christians, Catholics, clergy and laity, especially those of us who blog and make comments on blogs. The post is a result of a deacon in England who has been prohibited for the time being from blogging because his blog had become somewhat shrill and divisive as the bishop had determined.

Public discourse has gone down the drain thanks to the talking heads on TV news and shows like Jerry Springer. Whatever happened to formality and respect in discourse, especially with those who are strangers?

Read the full article at "Deacons Today: Servants in a Servant Church blog" by pressing HERE.

But here are some money-bites from the blog:

The deacon in the current situation (the one whose bishop has banned his blog for the time being) is member of the diocesan clergy, bound by his promise of obedience to his bishop.  Someone asked about Deacon Greg Kandra and his famous “Deacon’s Bench” blog: yes, if Greg’s bishop were to decide that Greg should no longer host his blog, he would be expected to give it up.  As clergy, we surrender a certain amount of freedom which lay people would have in a similar situation.  According to Vatican II’s Dogmatic Constitution on the Church (Lumen gentium), #18, all clergy exist for one reason: to build up the Body of Christ.  It is one of the responsibilities of the diocesan bishop to assess this “on the ground” and to make determinations about the building up of the Body of Christ in his own diocese.  As clergy, we are public persons.  As such, we cannot really say that “in this activity I am operating as a private person” with regard to the church.  We give that ability up upon ordination.  We now represent Christ and we also represent the Church.  St. Thomas Aquinas famously taught that a cleric acts “in persona Christi et in nomine ecclesiae” (“in the person of Christ and in the name of the Church”).

Cardinal Dolan, in a recent talk at Rome’s University of Santa Croce during a conference on communications, pointed out that we must “adhere to the best and highest standards. . . .  How we say something is just as important as what we say.”  In this observation he is echoing St. John XXIII, who frequently spoke of the permanence of religious truth on the one hand, and the ways in which those truths are expressed on the other.  How we communicate is just as important as the content of what we have to say.  As a screenwriter once put it, “Is coarseness a substitute for wit, I ask myself?”  Truth is one thing; a Christian should be communicating that truth in a Christian manner; there is no room for “snarkiness”, demeaning characterizations, ad hominem arguments or anything of the like.  This is so much more than just “being nice” to others.  For clergy in particular, it is about doing what “builds up” the Body, not acting in a manner which derides and  tears down the Body.  That’s really the gold standard: When I write, when I speak, am I building up the Body of Christ, or serving to tear it down?

It is very difficult to always communicate in a manner that is gentle that can also be understood as expressing a difference or correction. I agree people tend to be very rude on the Internet, but I think most of the time that is due to the mental intonation the writer may have versus that of the audience. But very, very often people hide behind a one way civility and faux respect to avoid being challenged.

During the 1970's when the Church was collapsing the ONLY bishop in the entire world to be corrected by Paul VI was Marcel Lefebvre. While Lefebvre was so "evil" as to want to continue saying the old Mass (which was never abrogated), the majority of bishops around the world were busy hiding pedophiles and allowing universities to become heterodox.

The Franciscans of the Immaculate are being destroyed while the Jesuits continue to spread and promote dissent and error.

Fisher-More College is crushed (and rightfully so by the way) yet Georgetown, and Notre Dame continue to promote immorality and heresy and dissent........and not even a suggestion that they should adhere to Church teaching is even mentioned.

But I guess pointing out the TRUTH to men who refuse to confront error and evil is something they will not tolerate. Deacon Nick must be silenced because he is interfering with the dream that all is well, yet priests like Michael Phlager and Richard McBrien continue to spread error. Does anybody see a problem with this.

Go ahead Father start the usual spin about civility, blah blah blah. Christ was really civil when he overturned those tables and took the time to make a whip and drive evil from His Father's house.

Again.....Christ did NOT say to smell like the sheep. he said to feed them.

How often you talk the talk but fail to walk the walk.

"Any comment that is vitriolic and disrespectful of the laity in general, and Pope Francis, bishops and priests in particular will not be posted!"

I read Deacon Nick's blog, and often commented on it. You need to realize that the Bishops' Conference of England and Wales and its bureaucracy has more clout than the USCCB (it covers a much smaller geographical area, for a start) and it centralizes matters which should properly be the concern of the diocesan bishop.

There was never any criticism of Bishop Campbell on the blog, but some of his episcopal colleagues were no doubt irked by some of the comments about them (which were usually amply justified) and the machine swung into action.

A definite pattern is emerging of cracking down on the orthodox and giving a nudge and a wink to dissenters; I'm not saying it's papal policy, since no one (Sandro Magister included) has a clue about where this papacy is going.

The last resort of the Left when they cannot respond to criticism is, "Ewww, you're mean." If someone cannot take hard talk, they don't need to be on the blog or any forums. I am sick and tired of mealy-mouthed, whiney people who just think everybody should be nice all the time. No, they should not.

No, Gene, the last resort of the Left is show its fascism by silencing those who disagree with it.

If there are truly troubles with Church leadership, then surely someone other than a deacon could address these publicly. As for your statement "and not even a suggestion that they should adhere to Church teaching is even mentioned", this university is required by Church law to conform itself to Church teaching, but refuses to cooperate. I think the fundamental problem you miss is that rebellious leaders do not submit to correction; only obedient leaders do so.

The church is a family, but our patriarchal church hierarchy is becoming stale in today's world. We need both fathers and mothers ordained to act in the Person of Christ.

No dogma precludes ordaining women to the priesthood and the episcopate. However, our sacramental theology must be clarified to separate patriarchal ideology from revealed truth.