Die Welt
[Summary: Pope Francis has excommunicated the Austrian president of the Catholic reform movement called We Are Church. A report in Tiroler Tageszeitung has confirmed that Martha Heizer and her husband can no longer participate in the sacraments. Excommunication is the most severe penalty the church can impose. The retired religious educator and her husband in their private home regularly celebrated with other believers but without ordained priests.]

THE FOLLOWING TRANSLATION IS FROM GERMAN TO ENGLISH USING A TRANSLATION DEVISE, SO IT MIGHT NOT BE TOO GOOD FROM THE NEWS PAPER DIE WELT : 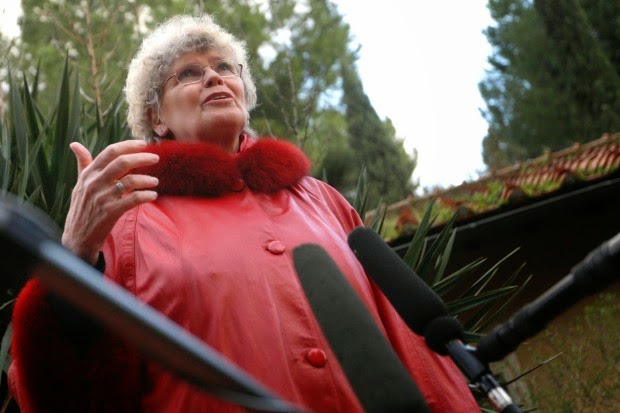 Pope Francis, the Austrian President of the Catholic reform movement "We are the Church" excommunicated. A report in the "Tiroler Tageszeitung" Catholic Church circles have confirmed. Accordingly, the well-known Kirchenreformerin Martha heater as well as her husband will no longer participate in the sacraments. Excommunication is the most severe punishment, the Church can impose.

The retired Religionspadagogin heater (67) and her husband had regularly in your home in Absam, Austria (Tyrol) celebrated measure, together with other believers, but without ordained priests. This is not allowed according to Catholic doctrine.

As the practice has been publicly three years ago, he headed the Bishop of Innsbruck, Manfred Scheuer, an investigation procedure, which has now ended with the excommunication. The procedure recognizes the couple heater not and has refused to accept the final Exkommunikationsurkunde.

No one is happy with the punishment

was the decision of the Vatican has long been expected, was last but abducted several times. The Innsbruck Bishop Scheuer should not be happy with the punishment, just as little as the Vienna Cardinal Christoph Schonborn, a personal friend of Martha heaters.

Also contradicts the public image of the excommunication dialogfreudigen, merciful Pope Francis. But in the end, the canon law seems to be the decisive factor. Laiengottesdienste touch a principle of the Catholic Church, the distinction between laity and clergy.

The "We are the Church" -Identity heater power for various demands for reform or abolition of the Verhutungsverbotes such as women's ordination. It does not apply as a radical. You became famous in 1995 as a co-initiator of the Kirchenvolks-Begehrens Austria, which called for a renewal of the Church and the Catholic reform movement of the Laity has shaped the world.
Posted by Fr. Allan J. McDonald at Thursday, May 22, 2014

This won't be very good news for the dissenting priests' movement in Austria and should send shivers up and down the spines of those who are trying to make the Church into a heterodox institution.

Yes, I pray it creates shivers down the spines of those who want to be a part of the Church but are too proud to accept that Christ did NOT give authority to every believer! Its about time Catholics wake up and stop being Protestants with a Pope, claim the uniqueness of Catholicism and, return with love and humility toward Christ in the manner HE intended and not in the way WE intend!

Actually, I believe it is the local bishop who "excommunicates" - not the Pope, so the headline, with all its implications is somewhat misleading.

There needs to be a whole lot more of this.

If Pope Francis himself excommunicated these people and not a dicastery of the Roman Curia and not the local bishop, then it is quite significant. Popes *rarely* excommunicate personally. Even the SSPX bishops were not excommunicated personally by S.JPII.

...well, the translation may not be so great, but at least it's a refresher in German word order. As a bit of a language geek, this takes me back to my undergrad years. Good times, good times.

The thing about any ecclesial theology similar to "We Are Church" is precisely what Bobby has pointed out: God did not give authority to every believer. He didn't in the Old Testament, and He didn't in the New, either.

It was also God Who formed and forms His people, gathering them unto Himself, in both Old and New Testaments. And in both, He also forms His priesthood-- nobody just decides to becomes a priest, just cuz they wanna (and those who presumed to usurp or grab an authority not given to them usually wound up cut off from the people or even dead). And even when disciples had a problem with the way Christ was operating, because they were not seeing and thinking as God sees and thinks, He either let them go, said that they were being a stumbling block to Him, or challenged them with "what is it to you?" We are no Church without Christ, but/and He builds His Church in particular ways that are His own business.

Neither the People Israel nor the Body of Christ are start-ups born of the voluntary initiatives of individual believers, but a response to a call that comes from the outside. And the thing about being "amazed and afraid" before the wondrous mystery of "I AM," is that we couldn't make any of this up if we tried. God is way too strange, and that's a good thing. But we believe so that we may understand, which means that we engage and are engaged: God may be strange, and it may take sinners like us some time to see what He's up to due to our imperfections, afflictions, and overall limitations, but that doesn't make Him illogical and incoherent, either.

Moreover, "We are Church," or "forget the Church, follow Jesus," etc. goes hand in hand with a lack of any sense of continuity, and how biblical supercessionism is a very real problem (note, for example, all the common and widespread presumptions that pit "nicey-nice Jesus" against "nasty Jehovah" when "I and the Father are one").

Yikes. There is a similar case in Cincinnati. Wonder if he is expecting the bishop to follow his lead?

Also, what are the odds this woman will officiate at Kung's funeral?

I think Kung's funeral will be at the Methodist church, won't it? LOL!

I can't understand this post as it is not in English. The original German would make more sense. Most excommunications are latae sententiae and so those who incur this penalty actually excommunicate themselves. The local Ordinary or the Holy See would only need to make this public if there is a danger that the faithful be led astray.

A woman who procures an abortion incurs a latae sententiae excommunication but this is not 'reserved to the Holy See' and may be lifted, subject to the usual conditions, by the bishop or even by her confessor. Excommunication is more a medicine than a punishment, and excommunicated persons are still obliged to hear Holy Mass, although they may not receive the Sacrament.

Gene, if HK goes ahead with his intention and renders himself felo de se, perhaps we can revive a traditional practice and bury him at a crossroads with a stake through his heart. Talking of stakes, in a more robust age he would no doubt have been chained to one and consigned to the flames along with his heretical writings.

Come to think of it, I can think of quite a few candidates for a grand auto-de-fe in St Peter's Square. Tina Beattie might look quite fetching in a sanbenito.

Ah, John, you warm my heart…Tina Beattie in flames, stakes through the heart, a huge auto de fe at St. Peter's…now, that's what I'm talking' about...

Certainty
I wish we could still requisition
A visit from the Inquisition.
Thumb screws and racks
For heresy hacks
And no doubts of the Church's position.

Gene, LOL! Of course an auto-de-fe would have to be in the EF, since V2 didn't come up with a Novus Ordo form.