GOSSIP AND SPEAKING OUT OF TURN 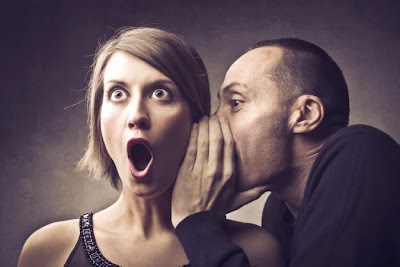 I don't know about you, but Cardinal Kasper's recent snide remarks made against two other cardinals strikes me as opposed to what Pope Francis has been trying to do in the Curia, to reduce gossip and promote better working relations there.

Recently in New York, Cardinal Kasper made negative comments about Cardinal Mueller's excellent analysis and no nonsense critique of the LCWR. Cardinal Kasper derided the CDF for being narrow as are all curia posts and even had the audacity to link a heretical, gnostic sister to St. Thomas Aquinas.

Maybe it is time for cardinals, Cardinal Kasper in particular, to be pulled aside by the Holy Father or Secretary of State and warned that loose lips sink ships!

Could you imagine how my bishop would feel if I publicly related to others something he told me in private and confidentially about someone. How would you feel if a work associate did that to you?

Perhaps the college of cardinals should be suppressed and replaced with elected delegates from the various episcopal conferences.

It's officially stupid season in this pontificate.

Keep in mind similar things happened in Pope Benedict's pontificate where he had to call two cardinals together who had publicly sparred with one another. I think it is time for Pope Francis to do the same with Cardinal Kasper.

Perhaps Casper the Friendly Ghost could teach him some manners.

I would love to see two Cardinals publicly spar with each other…maybe 8 oz. gloves…or perhaps a bare knuckle, no holds barred, knock-down-drag-out brawl…LOL! Pope Julius II would certainly have approved!

"Boxing: the sport of cardinals."

Word Of God says in James 4:7"Submit yourselves therefore to God. Resist the devil and he will flee from you. "

Also in 1 JN 4:4 "Little children, you are of God, and have overcome them; for he who is in you is greater than he who is in the world. "

So let us unite together and pray " In the mighty name of Jesus , we command the area of darkness to be nullified and disabled . We cover the area of darkness with precious blood of Jesus. Let darkness of the area be engulfed by the brightest light of our lord Jesus Christ. In Jesus Name .Amen.