DOES SOMEONE GO TO HELL FOR "MINOR" MORTAL SINS? 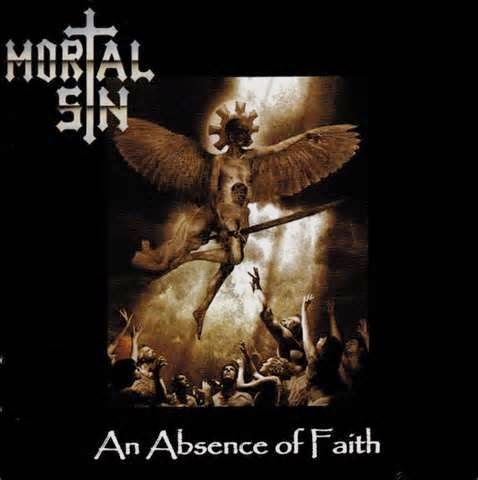 How did one person at Catholic Answers answer the question "Does someone go to hell for "minor" mortal sins? This is one musing from a Catholic in angst who doesn't know if she wants to be Catholic if God sends people to hell for intentionally eating a hotdog on Good Friday despite living a good life most of the time and for the following reasons :

MY FINAL COMMENT: Maybe we need to examine our concepts of Original Sin and Actual Sin and be less judgmental about who goes to hell for which unrepented sins.

I like the direction Pope Francis is taking us as it is logical and makes sense. He teaches about venial and mortal sin but is promoting another concept called being "corrupt." The corrupt live a lifestyle of mortal and venial sin and have no intention of changing their lifestyle. That seems to me and evidently to the pope what qualifies one for eternal damnation, which Pope Francis has spoken and says people do go there!

There is of course venial sins which technically are minor sins, but are they really? It all has to do with with one, two or three of the following being missing in one's choice to sin: "serious matter; one knows it is serious and wrong; and one does it with full consent of the will." For example, road rage could objectively be classified as a "mortal sin." But if a person simply loses it when someone recklessly cuts them off in traffic and in a fit of anger and rage, that person rolls down the window, yells and screams and makes obscene hand gestures toward the offender, is that road rage a mortal sin or not? Yes, the person knows that road rage is serious matter and she knows it is wrong to do it, but her "full consent of the will" was compromised in the heat of the moment and she lost control of her emotions and actions and acted inappropriately. This is not minor but it is a venial sin rather than a mortal sin since full consent of the will was compromised.

You feel vindicated because you used an internet search engine and found the term "minor mortal sins" on a website. Is this really how low the Catholic priesthood has descended. In case you haven't heard there are websites that say the moon landing never happened. There are also websites that say the earth is flat.

You should be concerned about what the Church actually, formally teaches, about sin as found in the CCC, the doctors of the church and the writings of the saints. As a priest you have no right to add, change or give a personal opinion that is contrary to the defined Dogma of the Church.

And it's NOT about you. It's about a pope who is trying to ignore the words spoken by Our Lord while He walked this earth. Don't be concerned about being vindicated because it's not about you, it's about Christ. You are a grown man, I hope you can handle what I have written without taking it personally. It's not about you it's about Christ and His Church which no authority on earth has the power to change or modify what He has revealed, even in the name of false compassion.

5) A man misses mass on Sunday because he scheduled a golf game. He dies. Does he go to hell to burn for all eternity?

The Church teaches de fide that if someone dies unrepentant in a state of mortal sin that that person condemns himself to hell. Intentionally missing Mass on a day of obligation is a mortal sin. If the golfer intentionally missed Mass and does not repent and dies the Church teaches he goes to hell. But since no one knows the intentions of someone's heart the Church has never taught that any specific being is in hell except Satan.

Are you hanging up the collar today or tomorrow.

If I may, Father....If a sin is mortal and a person is guilty of said sin, then it is seriously wrong (or really believed to be by the sinner), he committed the act with full knowledge of its real or really-perceived gravity, and he fully consented to it. So yes, if all three of those are present, any mortal sin, whether "minor" or not, will land a person in Hell. He knew or honestly believed it was a mortal sin and did it anyway.

If one of those three elements are NOT present (and in charity we assume, in most cases, that one or more elements are missing), then we can't say whether they go to Hell or not. And we can never say "X individual is in Hell" either. But we can say that, objectively, anyone who meets the three criteria and does not repent is going to Hell.

Sin is a deliberate act of disobedience to the will of God.

Lot's wife simply turned around and looked back after she was told not to. And see was turned into a pillar of salt. Father, did the punishment fit the sin?

A Catholic surely must believe that one who dies with a mortal sin on his soul will--short of special divine dispensation--go to hell. However, none of the 8 sins (if that) listed are mortal.

To propose a list like this for discussion of the question of mortality of sin--which is not solely in the action but in the intent--illustrates the fuzziness (speaking charitably) of current Catholic thinking.

I think you're absolutely 100% correct sir.

Hardly anything is black or white...always look for gray.

Does it make any sense at all to say "Since I ate that chili dog, I might as well murder six million Jews. It's all the same."?

The idea of a "minor" mortal sin seems to me to be compatible with the way that mortal and venial sins are presented in the Pius X Catechism:

11 Q. What is venial sin?
A. Venial sin is a lesser transgression of the divine Law, by which we slightly fail in some duty towards God, towards our neighbour, or towards ourselves.

Here, the absence of full consciousness and/or intention doesn't turn a mortal sin into a venial one, since its "grave matter" isn't compatible with the idea of a "lesser transgression." So there's a middle ground: a "minor" mortal sin.

I agree with anonymous 8:36 that this kind of nuance isn't present in the CCC, where sin is firmly in one category or the other.

Even if you're asking about "minor" mortal sins in a rhetorical manner, it is counter productive to do so while at the same time reminding people to use the Confessional and not approach for Communion unless you're in a state of Grace. Sin is a serious subject, and to treat it lightly is a disservice to Catholics everywhere.

The Bible says that the Lord sees not as man sees, for the Lord looks on the heart. What we see is a rule, and someone who broke the rule, but God sees the motivation for the person doing so.

If a person does not want to join the Catholic Church because they don't want to be condemned for eating a hotdog on Friday, then they are already in a state of mortal sin. The focus on the rule itself, and whether or not breaking the rule is major or minor is a diversionary tactic used often by the Devil. The real issue is that this person would rather jeopardize their soul over a Friday hotdog than join Christ's Church and strive for salvation. This is obstinacy. This is the same 'I will not serve' that put Satan himself into hell.

We need to be very careful not to become ensnared by Satan's diversionary tactics. They sew confusion and chaos in the minds of God's people.

Oh, boy…rather than focus on the blackness of our sin (you budding Calvinists), better to focus on the
wonders of Christ's boundless mercy. We cannot know the heart of the apparently worst sinner, but we do know the heart of Christ, his love for us and the depths of his mercy. Surely, we need not worry that Hell might be too empty!

While we know objectively the three conditions for a mortal sin, we can say nothing subjectively about the person who commits the sin. This is between that person and God. We must also keep in mind Divine Mercy. A person who is not an inveterate sinner and has not deliberately separated him or herself from the Church (knowing that it contains the True Faith) is far more likely to repent than someone who meets these conditions.
Also, there is the power of intercessory prayer. Through the prayers and sacrifices of others, the grace to repent with full contrition can be given to that person at the hour of death. While that which constitutes grave matter is an objective criteria, the person who commits the sin has to be fully conscience of that and the action has to be full and deliberate. We accept by faith that hell exists and it is a place one can end up.
There are things which are objectively evil and have an effect on the world, whether or not the person considered what was done to be grave and mortal. There is the objective reality of evil and its effects which also must be addressed.

Maybe Nicodemus the Hagiorite had the right idea in distinguishing seven classes of sin (courtesy of Wikipedia):

I'm thinking Nicodemus meant something rather different by those terms than how they would be interpreted in the legalistic West.

Of course, there is no mortal versus venial sin dichotomy in Orthodox doctrine.

What about "immortal sins"? There's gotta be such a thing.

Anonymous, do you really believe in the "moon landing"? I bet you also believe in such things as "white chocolate" and the "winter Olympics".

Stanley Kubrick filmed the fake moon landing. And he left hints about how and why he did it in The Shining.

You know you are in trouble when a priest starts out using an example from Catholic Answers. I left that place long ago after learning that it's a place where this type of error is routinely approved or applauded.

JBS, Would an immortal sin be like when Zeus bedded all those women?

That is also my struggle with many NO Masses.

Gene, by Jove, I think you've got it!

1. Planning in detail to kill someone, but later deciding not to do it.

2. Stealing something from a store, but feeling guilty and taking it back and replacing it.

3. Taking a woman who isn't your wife to a motel, undressing, then deciding not to go through with it and leaving.

5. Choosing to play golf instead of going to Mass, but going to a weekday Mass to "make up for it."

I mean, how would you define a "minor mortal sin?"