THE ROLE OF THE LAITY 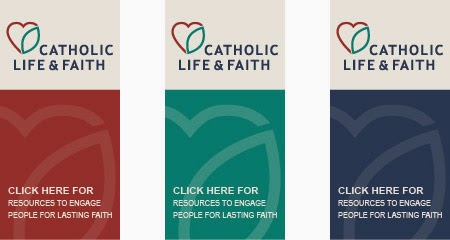 In the post below this one where a group of Catholics and others were able to move the VA hospital in Augusta to change its policy concerning the singing of religious Christmas carols, the impetus for it was from the laity. No clergy were involved.

Isn't this sort of thing what the Second Vatican Council asked of the laity to have a role in the public square to promote Christianity?

Evangelical Catholicism is necessary today more than ever and it has to come from the laity where their lives hit the pavement and they can be a positive influence in promoting the Faith.
Posted by Fr. Allan J. McDonald at Wednesday, May 07, 2014

I've always said to my close Catholics that Catholics don't evangelize enough. I probably would have converted years ago had my best friend taught me more about Catholicism. She is a cradle Catholic and was in Catholic school her whole school career. I have told myself that I will spread the Truth, no matter who it bothers. Learning it was one of the best things that has ever happened to me. I hope to give someone else the same experience. :)

"Catholics were reminded at the Second Vatican Council of a doctrine with a foundation in the early church fathers, in St. Vincent Lerins, that the whole body of faithful Catholics in their cultivated sense of the faith, are one of the guarantors of the church's teaching authority. Sometimes, the duty of a faithful Catholic is not just to rebuke and correct those in authority in the church like St. Catherine of Siena, but to throw rotting cabbage at them, or make them miserable, as we once did, with the connivance of worldly authorities, during the deadlocked papal election in Viterbo."