LIFT HIGHER THE CROSS AND THE EFFECTIVENESS OF CHURCH SIGNS! 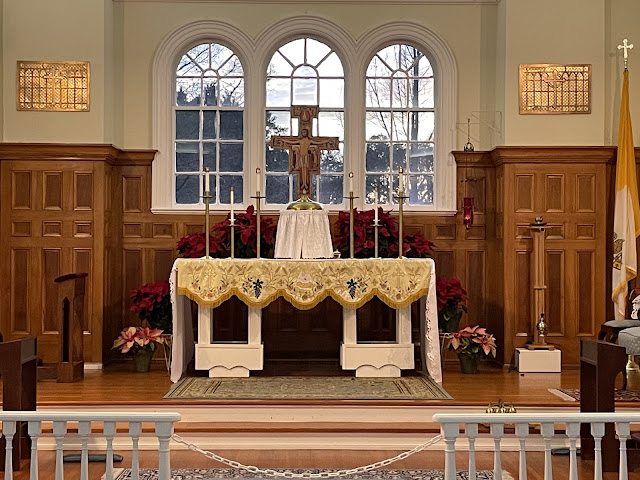 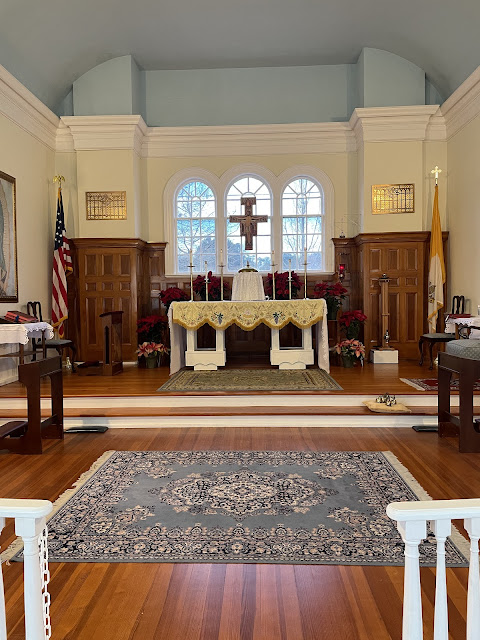 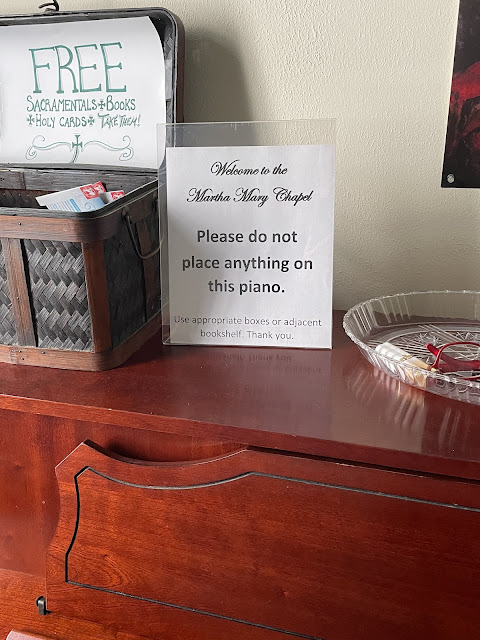 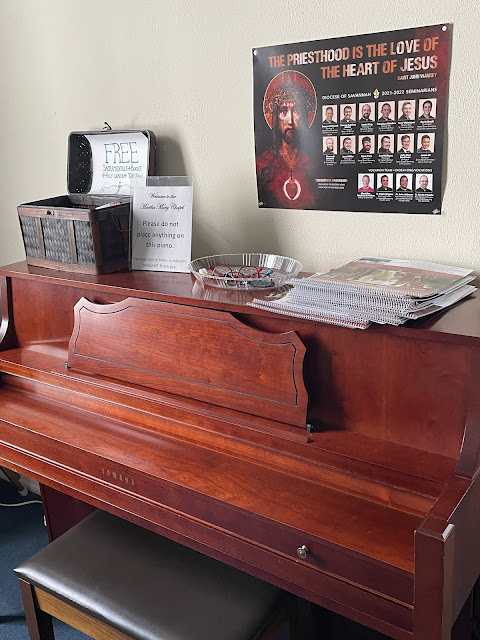 And neither do you - why not get off your duff and start your own blog?

Sign should read "Don't play anything on this piano!" Pianos are not appropriate for Catholic worship.

Flags of any sort really should not be within the Holy Place (sanctuary). This is nothing against any particular flag, country, cause, or sacrifice. The divine and the secular should not be comingled in this way and in this space. Space elsewhere in your chapel might be a problem, I understand.

In Georgia in the Latin Rite your words are anathema!

If your reply, Fr. Ajm @2:35 are directed at me, I think anathema is a bit strong of a response to a carefully worded comment. That aside, just because "anathema" in Georgia, that makes it right?

Of course. Every parish I fave been in in Georgia has had the USA flag and papal flag since 1956! But never the Georgia state flag.

But, where? Within the sanctuary just doesn't make sense. "Now set aside all earthly cares". In the nave, flown from the choir loft, on campus grounds, fine.

Keep in mind the numerous military and army posts here and those who sacrificed so much for our country. My father was a WWII veteran and I have many active and retired army here from Ft. Stewart and Hunter.

It’s just a custom in Latin Rite parishes in the US. Usually the flags are off to the sides and do not obscure the altar. I really don’t know the origins of the practice but may have started as a response to Nativist claims that Catholics somehow weren’t “real” Americans.

"Keep in mind the numerous military and army posts here and those who sacrificed so much for our country. My father was a WWII veteran and I have many active and retired army here from Ft. Stewart and Hunter."

Didn't I say that: "This is nothing against any particular flag, country, cause, or sacrifice."???

I too had relatives in the military, served in WWII and were decorated for so doing. I carefully worded my comment however, that appears to have been overlooked.

TJM - I do understand. Trust me also when I tell you that the welcome mat was not out for my people upon their arrival up here in the Northeast. Constant displays of patriotism via lodges/death benefit unions and churches was the norm to not seem too out of place. During the cold war era, calligraphy in Cyrillic was discouraged within our churches as it was deemed too distant from what the average American could grasp and, then, grasp during the McCarthy era.