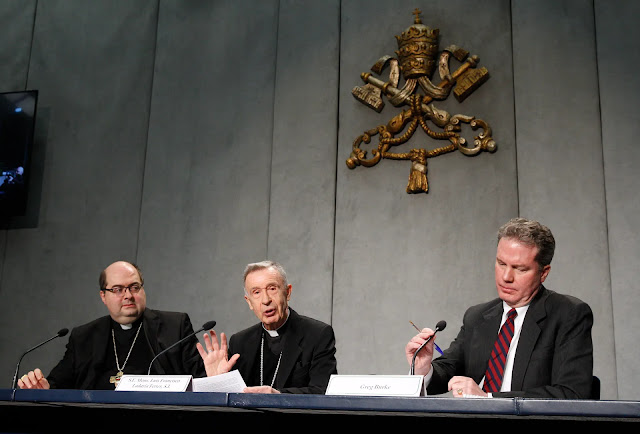 Archbishop Giacomo Morandi, until now secretary of the Congregation for the Doctrine of the Faith (CDF), is leaving his Vatican post and will take over as the new leader of the Italian Diocese of Reggio Emilia-Guastalla.

No reasons were cited for Morandi’s exit from the Vatican; however, some observers believe it could be related to disagreement with Pope Francis’s decision to issue a decree last year restricting access to the Latin Mass.

The Associated Press also opined that the diocese to which the Archbishop who had no diocese is not an archdiocese but just a lowly diocese, will retain the archbishop title although he’s a bishop of a diocese.

But the Associated Press goes on to say that Pope Francis, shocked and swayed by negative push back by the secular, non-believing world, was angered by the letter he gave his imprimatur. That letter thus angered the pope who now has gotten even.

Which is the truth?

I don't think that a diocese with half a million Catholics can really be seen as a "lowly diocese", and being sent to the wealthiest region in Italy (plus the one with the best food!) isn't exactly a punishment posting. Msgr Morandi is from nearby Modena, and his five-year term is up soon, so it seems a natural enough move.