OVER THE NEXT SIX MONTHS, I WILL HAVE SOME VERY NOSTALGIC POSTS…. 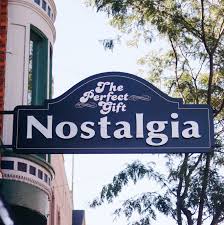 Don’t ask me why I am doing this as all will be revealed in due time, but here’s my first nostalgic post. It is from October 31, 2009 and the very first post of this most humble hobby of mine, the Southern Order’s blog.

I got seven comments on it and I thought to myself, self, how did anyone know that I had initiated the Southern Order’s blog and why would anyone read it?!?

And yet they did and at one point more than 20,000 souls from around the globe would look at it in a single day!

How does that happen and I often wondered and still do that this is all virtual and that no one looks at it and all the comments and statistics are self-generated by some cruel, sadistic computer in the Soviet Union!

The Extraordinary and Ordinary

This weekend I have the privilege to celebrate both forms of the Catholic Mass. The regular or normal form in the vernacular has such a noble simplicity that allows people to enter the mystery of the Most Holy Eucharist with ease and serenity. The Extraordinary Form with its complex form, ethereal ambiance and choreographed glory helps the soul to soar to grand heights of spirituality. Thank God for Pope Benedict XVI who has allowed for the liberal use of the Extraordinary Mass and thus diversity in the Church's liturgical lexicon.
Posted by Fr. Allan J. McDonald at Saturday, October 31, 2009 7 comments:
Posted by Fr. Allan J. McDonald at Saturday, January 22, 2022