IN MY LIFETIME, BUT ESPECIALLY AS A PRIEST, MY MOST FAVORITE POPE IS POPE AND NOW POPE EMERITUS BENEDICT XVI AND HERE’S WHY: 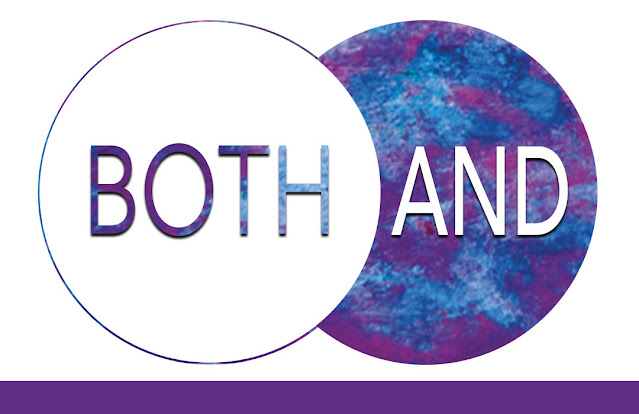 John Allen has a great article on “Italian cuisine”  and explains it better than I have attempted to do so. By this, most Americans think the Italian food in the USA is Italian. It ain’t. It is Italian American which usually puts Italian food on steroids, meaning too much sauce, cheese and meat. And, yes, as John Allen states, Chicken Parmesan is NOT ITALIAN FOOD! It isn’t! Thank you John.

But his article’s prelude isn’t just about Italian Food, but the both/and not either/or as it applies to Benedict and Francis. Read Allen’s full Crux commentary HERE!

But, even in Italy, when Italians cook they make due with what they have and each Italian’s recipe might be different than his/her neighbor.

But let’s get to the point of this post which John Allen finally makes in his at Crux. And it has to do with Pope Benedict’s recipe for Catholicism which I wholeheartedly endorse and enjoy:

… Benedict XVI when… with a group of clergy from the Italian dioceses of Belluno-Feltre and Treviso in 2007. Benedict took a question from a veteran priest who recalled that when he was in seminary, his spiritual director had rebuked him for enjoying playing soccer more than taking part in Eucharist adoration, and he wanted Benedict’s perspective.

Here’s what the pope said:

“Catholicism, a little simplistically, has always been considered the religion of the great ‘both/and,’” Benedict said, “not of great exclusions, but of syntheses. ‘Catholic’ means precisely ‘synthesis.’”

Thus for Benedict, when it came to the Mass of the Latin Rite, he rightly, sanely and intelligently knew that what previous generations held as sacred and the Lex Orandi of the Church could not overnight be seen as bad or illicit. Pope Francis did not learn from his great teacher-predecessor. That in the post-Vatican II Church, the antecedent liturgy could be celebrated side by side with the new version and thus would promote the hermeneutic of continuity not rupture.

Either/or is about rupture, Both/and isn’t!

If only Pope Francis were open minded to his still living predecessor, the Church would be in a far better place today and as it concerns Pope Francis’ genius for pastoral care and just being an ordinary person, that too would have been far more effective today than it has heretofore!

It seems to me that rating popes is rather like rating your favorite musician--a lot of it depends upon your taste. But I have to commend you for making a pretty good choice. You and I are fairly close to the same age, so let's look at the pope's of our lifetime and examine why this is such a solid choice:

1. Pius XII (Pacelli)
Strived to maintain orthodoxy and dealt with a no-win situation during the war. A
very underrated pope in many ways, but definitely in his waning years during our
lifetimes.
2. John XXIII (Roncalli)
A very misunderstood and caricatured pope. Not entirely trusted by many of
Pacelli's closest advisors. Biggest error was refusing to release and take
seriously the third secret of Fatima. Second biggest error was not nipping the
rebellion in the bud at the Council. Doubtful he could have possibly envisioned
the mess we've inherited today.
3. Paul VI (Montini)
Hamlet. One bad decision after another, save Humanae Vitae. Had no problem
using authority to impose a very questionable Mass, yet feared using that very
authority to stop the hemorrhaging rebellion and decline that he oversaw.
4. John Paul I (Luciani)
Rumored to have a plan to clean up the Vatican bank and rumored to have paid for
it with his life. We'll never know. It was a nice month.
5. John Paul II (Wojtyla)
Established that the Church wasn't an exclusive Italian
property, affirmed most of what the Church had always taught and was the best PR
man the Church ever had. Also responsible for appointing some of the worst
bishops in history and permitting some very questionable things to take place
right under his nose (Assisi, kissing the Koran, etc.). He knew from the
beginning that the Church was too much of a mess for him to govern, so maybe
I've been too hard on him.
6. Benedict XVI (Ratzinger)
Almost completely the opposite of what most people perceived him to be. "God's
Rottweiler" is actually God's Kittycat. A gentle, intelligent and fair man who
might have been too easygoing--perhaps because of his age. His crowing
achievement was Summorum Pontificum, which even the current throneholder can't
de-legitimize, despite his best efforts. The ONLY pope since Vatican II to give
us a respite from the decline and chaos. It was too short.
7. Francis (Bergoglio)
If you can't say something nice about someone...

Yeah Father, you made the best choice. I've got to agree with you.

Pope Francis might just be doing Mother Church the greatest favor by making plain just how bad things can be if they aren't already. I can only hope that when he successor walks out onto the balcony, he will tell the crowd below (if people bother to gather) it's over, it's time to move on, everything's going to be alright, the Church always survives and a profound beauty will re-emerge in the coming weeks/months following his enthronement. If not, I guess there will be no choice but to again continue missing what once was had.

I agree with ByzRus. The longer PF reigns, the less likely it is that the cardinals will elect a PF Mk 2.

By the time Ratzinger wrote 'The Spirit of the Liturgy' he had come to realize that Paul VI, in attempting to impose a radically new liturgy, was acting ultra vires. The genius of Summorum Pontificum is that it mandates nothing, but simply reiterates the principle that the Church does not and cannot suppress legitimate and valid rites.

PF's clumsy and dictatorial attempt to deny or override this principle has no validity whatsoever. The extent to which bishops choose to go along with it might have a significant impact on the clergy under their control, but not on the laity. Blind obedience to immoral and tyrannical laws is not required of us.

TC has exposed the bootlickers. I have cut off contributions to my Diocese. My bishop was a big supporter of the EF until he was no longer a supporter! I wrote to him and told him what I thought about his about face. He can whistle for money from me but he won’t get it.