THE POPE’S PET BROUHAHA POINTS TO THE PROBLEM OF POPE FRANCIS, JUDGEMENTALISM AND NEGATIVITY IN HIS MODUS OPERANDI 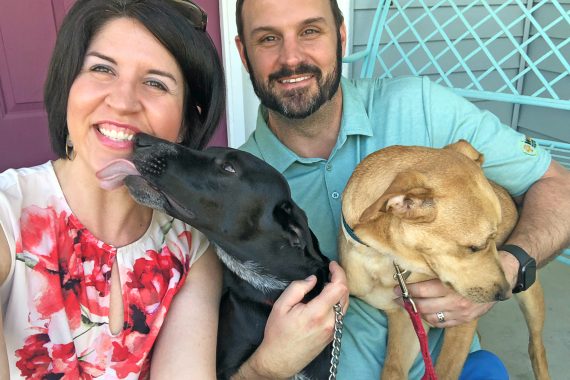 America Magazine, a Jesuitical publication, offers an apologetic for Pope Francis off-the cuff remark about people who choose pets over children and thus are responsible for the “demographics winter in the Western world.” Yes, he who says he can’t judge homosexual acting out in the priesthood just judged pet owners who choose not to have children, presumably heterosexual pet owners who are married!

This is a quote from the America article’s author with my commentary below:

Pope Francis caused a Category 5 brouhaha on Jan. 6 during what was an otherwise thoroughly ordinary general audience at the Vatican. During the pope’s catechesis that day, which was focused on St. Joseph, Francis ranked adoptive parenthood as “among the highest forms of love.” So far, so good. But then, in an offhand comment, the pope seemed to suggest that adults who opt for pets instead of children are selfish and are part of the reason for a demographic winter in the Western world, in which pet ownership is increasing at a faster rate than childbirth.

I wrote “seemed to suggest” because what the pope said was more nuanced and, to my mind, entirely reasonable. First, as my colleagues at the “Jesuitical” podcast have pointed out, the pope was not suggesting that people who have pets and do not have children are selfish. Many childless people cannot have children, or they choose not to have children because they lack the means to care for them properly. Francis was not talking about them. The pope’s point was that people who have the means to have children and instead choose to have only pets are exhibiting what he called a “denial of fatherhood or motherhood” that “diminishes us; it takes away our humanity.”

My comments: In fact, the pope’s off-the-cuff remarks have consistently gotten him into hot water with some but also causes great pleasure among others.

This pope is very negative in judging certain actions and people and often resorts to name calling although masked as humor, but the ugliness of the remark is at a foundational level and often quite mean-spirited.

Without naming any group of people who don’t have children, and there are many who choose not to do so and preference for pets is but one category, His Holiness could have praised the prophetic nature of Pope Saint Paul VI’s Humanae Vitae and given statistics about the demographic winter in the west. But then, he should have praised and held up as a model, those fundamentalist, rigid Catholics, who are psychologically incapacitated and thus judged to be thrown to the margins, as willing to have many children during their fertile years, like those rigid people who love the TLM, or Ordinary Form Catholics who want the reform of the reform, are orthodox and those other Catholics in “New Movements” who procreate all over the place. He could have praised these Catholics. But no, he slams poor couples who choose Pets rather than children and who more than likely are oblivious to the Church’s teaching on sexuality and the evil of artificial contraception because this papacy and his magisterium never speaks about the perennial teachings of the Church on natural law, sexuality and Humanae Vitae.

Jesus judged different behaviors and clearly condemned the Pharisees for being hypocrites. Criticism coming from authority is not the problem. His habit of judging people who disagree with his personal favorites or pet ideas is not so felicitous. I am thinking about the four Cardinals who were on solid ground with their dubia; or the late head of the CDF who reminded the pope about the sinfulness of same sex couple blessings. Vindictive too.

It is by now obvious that he favors people suffering from same sex attraction and can't stand otherwise orthodox Catholics whose liturgical preferences include attending the TLM.

Sometimes the Holy Father is our spiritual leader, sometimes he is a crotchety old man speaking his mind through a fog og aches and pains and the lens of his upbringing.

We have to take into Biden’s success in getting inflation to its highest point in 50 years but also pet parents sparing no expense on their children, true selflessness!

You know, Fr. ALLAN McDonald, I have seen the knobs in the top drawer of the deask in the Oval Office by which the president, whoever he or she may be, can raise and lower 1) Inflation, 2) Gasoline Prices, 3) the Dow Jones and S&P Averages, 4) the number of Covid cases among the un-maked and un-vaccinated, and 5) the size of the tide at the Bay of Fundy.

Seems everyone but you knows the real causes of inflation:

"Inflation is a measure of the rate of rising prices of goods and services in an economy.

Inflation can occur when prices rise due to increases in production costs, such as raw materials and wages.

A surge in demand for products and services can cause inflation as consumers are willing to pay more for the product."

We saw a MASSIVE surge in demand for products over the last several months which has led to, first, the backups at our ports, and the inflation we are now experiencing.

No, it is not the president who bears the blame, it is John and Mary Over Consumer.

You’ve got to hand it to them democrats & their talking points. And as for the demographic winter, the sacrament of that talking points party, abortion, bears no responsibility. It frees up Biden’s inflated dollars to be spent on all those pets which have no children to entertain.

If Hitler ran for president as a Democrat you would vote for him. Biden triggered this inflationary spiral by limiting the oil supply starting with cancelling the pipeline and throwing union workers off the job. Inflation is a cruel, hidden tax on the working class. The Democrat Party abandoned the working class long ago, around the time the Clintons arrived on the scene. The Clintons, the Obamas and the Bidens have become wealthy off of government “service.” Old style Democrats like Harry Truman would call them crooks!