There’s a blaze in the sanctuary! 🔥 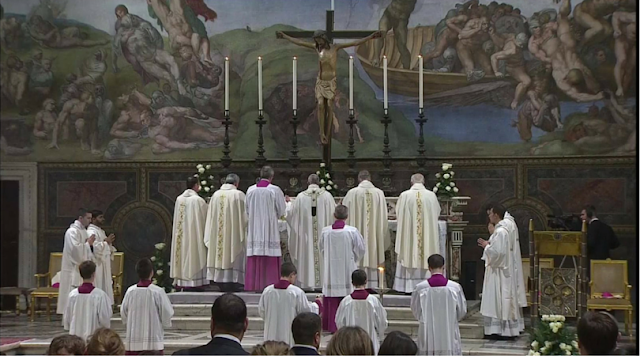 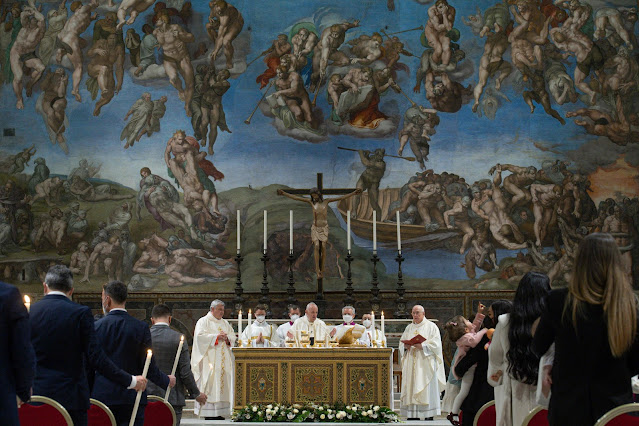 Blase Cardinal Cupich is a trusted advisor to Pope Francis and Pope Francis seems to share an affinity with His Eminence.

As Cardinal Cupich is a 1970’s trained liturgist, I thought he might be named the successor to Cardinal Sarah as Prefect for the Congregation of Divine Worship.

But make no mistake, as a 1970’s mentality liturgist, Cardinal Cupich would be of the school of liturgical rupture and not renewal in continuity allowing a progressive graciousness to both the pre-Vatican II and Post Vatican II Masses to live side by side. There is a narrow or closed-mindedness to all things pre-Vatican II.

In fact, his generation which include Pope Francis insists the only way to deal with those who prefer the older ways is to ridicule them, marginalize them and diagnose them as rigid with other psychological problems. It truly is a stunning sort of thing coming from churchmen. This is what happened to faithful Catholics of the 60’s who began rather quickly to sour on much that was touted as the new springtime for the Church especially liturgical renewal. It is sad to say the least; it is a scandal.

Make no mistake that one can connect the dots and see Cardinal Cupich’s hand in the repression of the Tridentine Mass ordered by Pope Francis. But also make no mistake that the free standing altar that found its way back to the Sistine Chapel for the Baptisms on the Solemnity of the Baptism of the Lord must have been at Cardinal Cupich’s behest as he tries to crack down on this style of celebrating the normal revised post-Vatican II Mass in his archdiocese. It would not help him in his plan to do so if the pope himself continued to model ad orientem for the modern Mass.

Obviously Cupich’s comprehension of Latin must be poor - if he cared to read the rubrics of the OF it is very clear ad orientem worship is the norm. By the way Bishop Strickland publicly went after Cupich with regard to ad orientem celebration and supported the pastor of this Chicago Church. I wonder if Cupich will try and get this bishop cancelled

Everyone should just chill out and bide their time prayerfully and charitably (as many/most appear to be doing). This cannot last forever and neither do occupants of the chair.

Bishop Strickland is younger than Cupich so your position makes sense. Young priests and bishops are much more tradition oriented than those of the vintage of Cupich. So the biological solution will take care of this remarkably ultra vires, unjust, and uncharitable approach

Treat uourself tonight to watch Archbishop Cordileone celebrate a Pontifical Mass at Old St. Patricks in New York two days ago. Please note, how YOUNG, everyone is. The music is magnificent. It is on Youtube, Mass of Americas, in case this link is bad