HOLY FATHER, IT ISN’T 1960’S–STOP DEMONIZING THAT WHICH NO LONGER EXISTS IN ORDER TO PROMOTE THAT WHICH YOU WISH 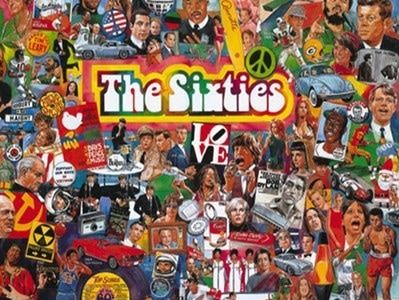 To promote the new and improved it was important to denigrate the old and useless back then. Of course, this is the theology of rupture with what preceded Vatican II which Pope Benedict knew so well and a problem he diagnosed so well. He was in no way nostalgic for that transitory past.

But not so Pope Francis. He’s still fighting what he perceived to be a 1960’s problem in the Church using the same method in 2022! Incredible.

Back in the 1960’s the hierarchy, the priests and the religious who were a part of the “spirit” of Vatican II seized the moment to promote their vision of the Church unshackled by the rigidity, clarity and so-call triumphalism of the past, the immediate past that was still in their present and in the majority of CAtholics who attended Mass, meaning about 90% of Catholics at that time.

To manipulate them into accepting that which was a new religion to them, they had to be shamed and humiliated into giving up what they were being told malformed them, made them individualistic and concerned little about the poor and social justice and being social justice warriors, breaking into military posts and damaging nuclear warheads and the like, those who did that weren’t rigid or traditional, but revolutionists that every Catholic had to follow but first they had to shed their Catholicism of the pre-Vatican II Church.

Thus in today’s homily at St. Peter’s, installing lay men and women in the new formal ministries of Lectors and Catechists, the Pope uses 1960’s language against those incredibly obstinate Catholics who still, after more than 60 years, still prefer to the older liturgy and the Church as she was.

How many are there of this kind  of Catholic out of all the Catholics in the world today who still practice their Faith and go to Mass regularly? I would venture to guess less than 1% today compare to 99% in 1970. Yet you would think by listening to the pope that this less than 1% of Catholics are the real problem in 2022! This is the alternate 1960’s universe of the Vatican today.

The purple quote below from Vatican News is what the pope decried today, Sunday, January 23, 2022, not a Sunday in January in 1968. In once sense, what the pope asks is what the majority of Catholics do both individually and within post Vatican II parishes, even those that are exclusively EF parishes or a combination of both. But he acts as though the majority of Catholics are still like the 1960’s Church, making a transition to the new with many unwilling to do so. Is that the case today? This is what I heard in the late 60’s and in my 1970’s seminary. But that isn’t the Church of today, on life support with only 5% to 20% of Catholics attending Mass and 99% of those not rigid but clinging to anything new and different. Most Catholics who are not “nones” have joined non-denominational churches, other Protestants or other religions, that’s how flexible they are.

Pope Francis denounced the temptation to rigidity in the Church, which he described as a "perversion" and an "idol," a kind of modern "pelagianism" that does not change us. The word of God, he explained, does change us; it challenges and disturbs us, so that we will not remain indifferent to the sufferings of this world, which fall disproportionately on the poor. It “urges us to act, to combine worship of God and care for men and women.”

He also spoke out against a kind of "angelic spirituality" as another temptation the Church faces today -- a temptation to a certain "gnosticism" that proposes a word of God that is out of touch with reality. Instead, the word of God is meant to become flesh in Christians, in the concrete circumstances of everyday life, so that Christians might no longer be indifferent, but creative and prophetic in their outreach to their brothers and sisters.

I’ve been ordained for more than 42 years and worked in a variety of parishes in that time. What is said in the purple above does not describe any parish I have been associated with nor my pre-Vatican II experiences of parishes in Atlanta and Augusta.

Do you know of any parishes or Catholics like this today?

The Church has forgotten Jesus' call to go out and teach all nations. Instead, some turned to the world to borrow its un-Christian attitudes and practices. Pray for the lost sheep and the conversion of our pastors and other baptized who are somewhere wondering in the secular wilderness

It's hard to know just how isolated the pope actually is, but it is hard to believe that he doesn't have some inkling that his recent forays into his own liturgical rigidity, smacking down the TLM in word and deed, are backfiring. He HAS to know this on some level. The result? He's doubling down and "running the same play" repeatedly, decrying lovers of Tradition as "Pelagians" or "rigid" or "mentally ill". Why? That's all he's got. He might win the battle of obdience (for a brief period), but he's losing the battle for hearts and minds. His frustration is palpable. It's as if he is shouting: "Why don't you stupid people agree with me?"

I can't help but draw the mental parallel between the pope's tone deafness and the Democratic Party in America. They know they are governing against the will of the majority. They know an increasing number of Americans no longer by their lockstep narrative of Biden crushing Trump, endless shots "saving" us from COVID and their hapless economic policies that have us on the brink of Third World-styled shortages. They KNOW the midterms are going to be a bloodbath of Democratic losses. So what do they do when one of their stalwarts loses a gubernatorial election, or a decent kid gets acquitted of murder with no evidence to support to the prosecutions flimsy case? They cry "white supremacy". Why? Like the pope, it's all they've got.

Rigidity appears to be a disease of THE HIGH AND MIGHTY. For example, our President in his public appearances keeps insisting how well his policies are working. And they are not. Even Democrat voters are abandoning him. Our Pope accuses the most faithful Catholics of all manner of sins seething dissension, disunity and RIGIDITY. It would be hard to find any one who is more responsible for these activities than HIs Holiness himself.

I don’t see the connection. Does the Holy Father believe the TLM breeds intolerance? Does the New Mass cause people to seek a abortions and homosexual relationships? I hope he is not thinking that.

RCG, I do believe that the TLM Catholics are viewed as intolerant of change, the change the pope desires within the context of not only the spirit of Vatican II but synodality. But also, I think the pope is deriding orthodox Catholics in the Ordinary Form. Look at who he has sidelined. Mueller is a good example and Burke, both young enough at the time to have been given dioceses or some other assignment. He has not been as clear on CAtholic teaching on sexuality at all but his abortion comments have been strong, thank God.

Honestly, and without droning on, PF's words sound like programming to accept and action an ideology and theology that is different from what was made known to us. It's like being groomed to make the great leap to socialistic style endless, endless discussion with no concrete actions resulting. 9 years of going in circles on these matters when, the best antidote is the same as its always been: The sacraments/liturgy and the gospels.

This line strikes me as particularly problematic:

"It “urges us to act, to combine worship of God and care for men and women.”

How on earth do you reconcile divine worship/supplication with the "care for men and women" - the vertical crucifixion, death, burial and resurrection/New Jerusalem at Calvary with horizontal closed circle muddling of the divine and the human. I don't get it.