CAN THE CURRENT POPE REPENT OF HIS LATEST MAJOR MISTAKE AND CAN THE POST-VATICAN II MASS BE SAVED? YES TO BOTH! 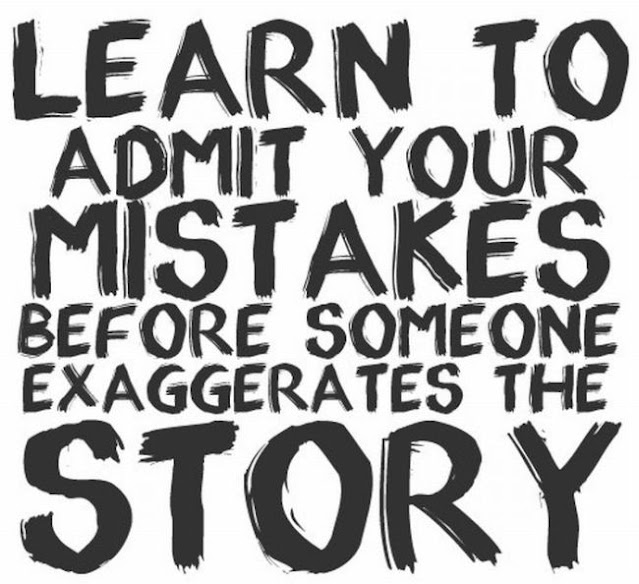 Deacon Fritz Bauerschmidt has a great commentary at Praytell and so far has allowed a variety of comments to be posted. Both the article and a goodly number of the comments (from many who have said the same progressive thing over and over again, thinking repeating it over and over again will make it true and worthy of future reforms of the reformed Mass) are good or status quo or want more silly reforms of the reformed, reformed Mass.

But let me briefly state what I feel needs to be admitted as mistakes. But read the good Deacon’s commentary at the end of my post by pressing the title. And read the comments too.

First of all, there is a very recent liturgical mistake that needs to be admitted and reversed asap and that is Custodius Traditionis. All that the Holy Father needed to do was to mandate bishops to implement Summorum Pontificum and to supervise its implementation and be pastorally solicitous of those parishes that have this form of the Mass. That’s all that was needed. And if priests were imposing Summorum Pontificum on people who did not want it, meaning only EF Masses in a normally OF parish, then discipline them! And if newly ordained priests were imposing this Mass on people who attended their first Mass, then stop them from doing it. First Masses, in my most humble opinion, should be celebrated in the priest’s home parish and in the normative way as celebrated there but certainly without liturgical abuses. I think first Masses should be the normative Mass.

Secondly, there need not be an apology for Sacramentum Concilium, but for the way in which Pope Paul VI’s committee went way beyond it and did not follow it or its spirit.

However, the most recent reform of the reformed 1970 Roman Missal is the normal lex orandi of the Church. The mistake that has to be admitted is that most priests and bishops who celebrate this Mass don’t follow its simplified rubrics; they ad lib; they make their personality the center of it as well as their particular spirituality. It becomes a sort of acting job performance.

Without changing anything in the order or current words of the English edition of the Roman Missal, simply change two postures and say the previous ones were a mistake. The liturgy of the Eucharist’s norm should be ad orientem and kneeling for Holy Communion the norm. A third addition would be to mandate celebrants to read the black and do the red and stop giving commentaries and welcomes at  the introductory rite and after Holy Communion.

What Pope Francis needs to admit is that he is wrong and made a scandalous mistake about EF Catholics just as he admitted at the beginning of his papacy that as an archbishop in South America, he was wrong about the charismatics. This pope has been and is wrong about many things. It takes humility to admit that.

In 2014, the Jesuit magazine America reported that Cardinal Bergoglio had admitted he was wrong about charismatic Catholics and then began to minister to them and celebrate Masses for them. He can do it again as it concerns EF Catholics. Here is the quote from a longer article:

Pope Francis is the first pope who has had first-hand experience with the Charismatic Renewal. His predecessors were open and supportive to the movement, but Pope Francis was actively involved with Catholic charismatics in Argentina by celebrating Mass for them and serving as the representative of the bishops of his country to the movement. He admits that his first impressions were not very positive; he thought they were like a “Samba school.”

But he changed his mind and stated, “I think that this movement does much good for the church overall.”

Is it Possible to Admit Liturgical Mistakes?

I agree with what you are saying, but it's a tall order you are asking for. Admit error? It still amazes me that the world's bishops sat by, largely supine, and did nothing about the Concilium's work on the Novus Ordo Missae. Anyway, here is another interesting take on TC, from Phil Lawler, an author who documented the Catholic Church's post-Conciliar collapse in Boston:

"Insofar as Traditionis Custodes provides any explanation for its open hostility toward Catholic traditionalists, that explanation lies in the claim that traditionalist communities have caused divisions within the Church. Therefore, Pope Francis suggests (and the Congregation for Divine Worship even more sternly insists) traditionalism must be suppressed.

That logic is backward. It was not the traditionalist movement—much less the traditional liturgy—that exacerbated divisions within Catholicism. It was the current Vatican leadership—the very leadership that is now looking for a scapegoat to blame."

Do you have any concrete examples of priests imposing 'only EF Masses' on 'normally OF parishes?' Were there any in your diocese which might account for your bishop's arbitrarily imposed restrictions?

Summorum Pontificum was a permissive document based on an immutable principle; it imposed nothing, and could hardly then be imposed on 'people who did not want it' in the way that firstly the vernacular Mass and the baggage that came with it, and later the missal of Paul VI, were imposed.

Benedict XVI led by example; he had come to realize that 'mandating' things regarding the liturgy has led to the unholy mess in which we find ourselves. And yet you persist in thinking that the solution is to 'mandate' this, that and the other.

I know some in the EF community who refuse to attend an OF Mass, celebrated well, in Latin and ad orientem. In fact, I celebrated an EF Mass every Tuesday evening here for almost six years until CT put an end to it. It is now an OF Latin Mass, completely ad orientem and with EF sensibilities and several who attended faithfully no long attend. That is wrong.

I have heard of some priests who have the opportunity of a daily and Sunday EF Mass but will not celebrate the OF Mass. That is problematic but they aren't a huge number and each bishop needs to deal with that kind of thing on a case by case basis.

Why is it wrong? Perhaps they found a place which offers the EF, and you have to admit, many of the prayers, such as the Offertory Prayers are much richer and developed than those of the OF. Even St. John Paul II said so. I guess I don't understand why an exception could not have been made for the EF you celebrated on Tuesday evening. There are bishops who have pursuant to Canon Law have suspended TC for circumstances such as you had. I think intellectually and pastorally, TC is a disaster.

first it would require humility, good luck on that, PF does not have a humble bone in his body, he's a middling actor but humility takes more than acting

Are you going to call them out for being 'wrong'?

Only traditional Catholics can be “wrong.” That attitude comes from the head of our Church

So, I checked out the article and comments over at Praytell. lots of interesting theories about liturgy and engaging the people and the "flow" etc. I did not see a single reference to what might be pleasing to God or make our liturgy a more fitting worship of Almighty God with due reverence and splendor. Just sayin
Saint Michael the Arch Angel defend us in battle...

Pride and protecting a failed ideology at all costs (inclusive of what pleases our Lord as noted by Commentor Timothy) will prevent this from ever happening. We'll just have to wait patiently for the biological solution to bring about self-correction.