MORE GOOD NEWS ON CARDINAL SARAH FROM THE VATICAN INSIDER! 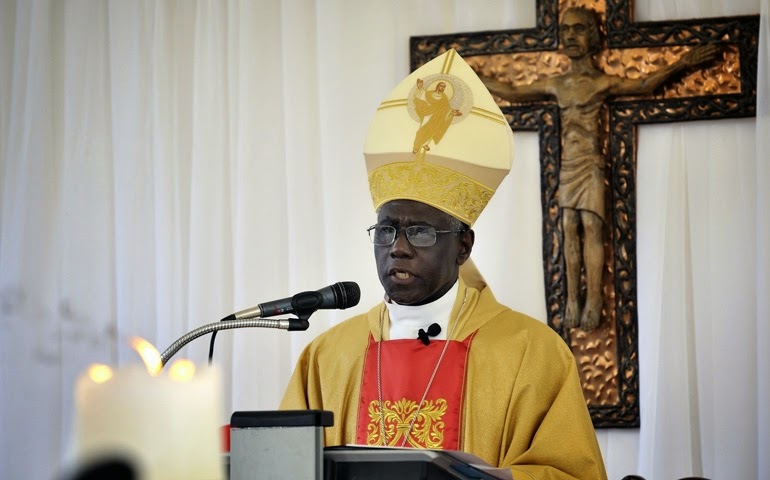 Francis has nominated the 69-year-old African cardinal as head of the Congregation that handles affairs relating to liturgical practices in the Catholic Church. He fills the position that was left vacant by Cañizares

Everyone was on tenterhooks waiting to see who would take over from Spanish cardinal Antonio Cañizares as Prefect of the Congregation for Divine Worship. The answer came at midday today: The man Francis has chosen to lead the dicastery that deals with liturgical affairs of the Church, is Cardinal Robert Sarah, currently President of the Pontifical Council Cor Unum, one of the Curia bodies that is eventually going to be merged as part of the Curia reform process.

Cardinal Sarah was born to Catholic family on 15 June 1945 in Ourous, Guinea. He was ordained priest on 20 July 1969 in Conakry and studied theology at the Pontifical Gregorian University in Rome and a licentiate in Scripture at the "Studium Biblicum Franciscanum" in Jerusalem. In 1979, John Paul II appointed him Archbishop of Conakry at the young age of 34. He was consecrated bishop by the Archbishop of Florence, Cardinal Giovanni Benelli, who was formerly Nuncio to Senegal. In 1985 he was appointed President of the Guinean Bishops’ Conference.

In October 2001 he moved to Rome after John Paul II nominated him Secretary of Propaganda Fide. Nine years later, on 7 October 2010, Benedict XVI chose him as President of the Pontifical Council Cor Unum and created him cardinal of the Deaconry of San Giovanni Bosco in Via Tuscolana (Saint John Bosco in Via Tuscolana) in the November Consistory. Sarah is Guinea-Bissau’s first cardinal.

“The Lord has given me a gift I do not deserve and it is also a call to love the Lord even more on the occasion of the Consistory; it is also a call to love the Lord more and to die for Him, for the Gospel, for the salvation of the world… I would like to thank the Holy Father for deciding to grant me this honour. However, I also see this call as having come from God; it is a call to me to lead a more priestly and Christian life. I think today’s world needs God’s people, people who live their lives in such a way that they represent God’s physical presence in the world.”

Sarah is known for his deep spirituality: In nominating him head of the Church’s liturgical dicastery, Francis has chosen a pastor with 22 years of experience leading a diocese. In recent years the new Prefect for Worship attracted a great deal of media attention  after he reminded the world that Africa was exploited by international powers and after a homily he pronounced in 2011 during an ordination ceremony for priests and deacons at the Communauté Saint-Martin in Candes. On this occasion, there was a big focus on liturgical formation and Sarah reminded pastors of their duty to faithfully announce Jesus’ teachings and urged them not to keep quiet about “serious” moral “deviations”

In an interview with Catholic news agency Zenit last 23 October, the newly-appointed Prefect of the Congregation for Divine Worship talked about the recently held Extraordinary Synod on the Family and said he did not see the question of the Eucharist for Catholics who divorce who remarry, as one of the “real important challenges that affect families today.” “The crisis of today’s family is in how the concept of marriage and family has changed” as a result of “the effects of a secular and relativistic society.” In another interview with Catholic New Agency published last month, Cardinal Sarah criticised international bodies for making financial aid dependent on the introduction of regulations based on gender ideology.

The profile of Robert Sarah, a Curia member with a long experience serving as a pastor in Africa, is rather traditional: On 24 October he had a meeting with priests taking part in the annual Roman pilgrimage of faithful that celebrate mass according to the Old Rite. Hia arrival as head of the dicastery for Worship is therefore unlikely to herald any innovations in the liturgical field.

Those who know Cardinal Sarah well, say he is leaving his current position as President of the Pontifical Council Cor Unum – the Pope’s international emergency charity service with a certain trepidation. They also say that the African cardinal took some time to reflect on the nomination which is why it was not announced in a matter of days or weeks. Cardinal Raymond Leo Burke was also informed some time ago – around the same time rumours started going round in the media – about his transferral from the Supreme Court of the Apostolic Signatura to the Order of the Knights of Malta. In fact he was informed about this before the Synod, which would prove wrong those who speculated that his removal and new nomination were to do with the views he expressed during the recent Synod Assembly on the family.