LITURGICAL ABUSE AND THE DEATH OF OUTRAGE 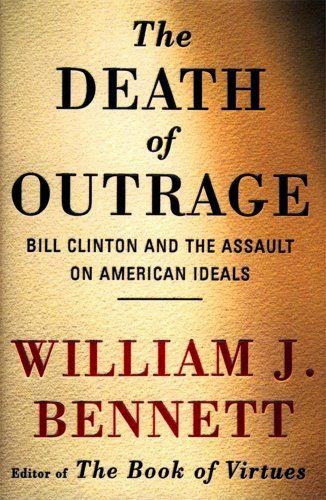 The Traditional Mass cannot be stage-managed.  This is the heart of the opposition to it among bishops, especially in Europe.  It is Tradition itself that manages the Mass of the Ages, and whoever celebrates this Mass, Cardinal, bishop or priest, must submit himself to the Mass, must submit himself to the Sacrifice that he is offering, and in that submission realizes his ministry as a priest of God.

When we revisit the horrible expressions of the Mass revised after Vatican II that in no way even resemble what the 1970 Roman Missal envisioned, we have become so accustomed to the clericalism of bishops, priests and lay committees, to include liturgists, choir directors and others with no liturgical expertise, that we don't become outraged by their ideological, silly and abusive implementation of their liturgical peccadilloes.

Someone in a high place stated that all abuse in the Church, sexual and otherwise (clerical) can be seen symbolically in how the Mass is celebrated in aberrant forms such as the puppet Masses and whatever it is that is celebrated in the rich Church of Germany which I linked in the previous post.

While I love the Ancient Use of the Mass and willingly celebrate it according to the norms that Pope Benedict established, I realize that the older use Mass cannot become the Ordinary Form of the Mass ever again. It would cause a schism in the Church not so much like a formal schism but like one where even fewer Catholics attend Mass than they already do.

What needs to be continued, which I fear is on hiatus for the short-term, is the genius of Pope Benedict when it comes to the Liturgy and the trajectory that His Holiness established.

First, if more priests celebrated the EF Mass regularly and as it should be, it would influence them to celebrate the OF Mass more reverently and by its rubrics and words without manipulation as so many are prone to do. Recently I filled in for a priest who was away in a far off suburban parish. His Roman Missal had words and word orders struck out and new ones penciled in. His poor congregation has to put up with his liturgical abuse because he doesn't like the current glorious translation of the Mass and thinks his is better. Does anyone care? No! The death of outrage!

Secondly, Pope Benedict envisioned the EF Mass exerting influence on the Ordinary Form. This is a no-brainer! We don't need to throw out the 3rd Edition of the Roman Missal. What we need is an evolution of it into the 4th Edition with an EF Order to it similar to what the Anglican Ordinariate has for their soon-to-be published Roman Missal with a Roman Calendar that has EF  sensibilities to it!

We could even live with for a few decades two orders to the 4th Edition of the Roman Missal, a Form A and a Form B.

Form A would be what the 3rd Edition of the Roman Missal already has and is.

Form B would be this very same missal with the EF's Order of Mass in the Vernacular with all of the EF's Rubrics and General Instructions. This means that all the prayers and prefaces as we have them in our 3rd Edition Roman Missal remain. The only difference would be the elimination of the additional Eucharistic Prayers and the exclusive use of the Roman Canon.

The Lectionary for Form B could be revised to explicitly include the Gradual/tract in place of the Responsorial Psalm and Gospel Acclamation. The option of these readings from the altar would be allowed but the OF's manner of proclaiming the Scriptures would be as is, from the ambo or even an Epistle Ambo and and a Gospel ambo.

Finally, no matter which form of the Mass is used, bishops should make sure these are celebrated as written and priests should be called-out for their liturgical clericalism and the manner in which they foist on congregations their liturgical abuse and in public ways.

Apart from this, a worldwide call to sing the propers of the Mass in some form of chant, be it Latin or vernacular must be mandated. The use of hymns chosen by priests or choir directors must be closely monitored but allowed in addition to the mandated propers. This already happens at papal Masses in the Vatican. A processional hymn of some kind is sung for the procession but as the Pope approaches the altar to venerate and incense it, the Schola chants the official Introit. This is a marvelous solution. As well the official chants for the Offertory and Communion should never be replaced by some other choice of whimsical quality, but additional anthems of good doctrinal and liturgical quality could be used.
Posted by Fr. Allan J. McDonald at Sunday, November 02, 2014

I attend a Novus Ordo Sunday Mass simply because I would have to drive over two hours to the nearest EF Latin Mass. The Mass I attend is the best available locally and said by a very good priest who also says to the EF Latin Mass one day midweek. But there is just no comparison. Once upon a time I was happy with the Novus Ordo Mass said properly but it seems to me the heart has been torn out of it and we have an outline of what the Mass is supposed to be.

Bishop Athanasius Schneider sums up what he sees as the problem - the five liturgical wounds he calls them: Mass versus populum. Communion in the hand. The Novus Ordo Offertory prayers. Disappearance of Latin in the Ordinary Form. Liturgical services of lector and acolyte by women and ministers in lay clothing.

I add to that: the sign of peace, the offertory procession and lay people distributing communion. The Novus Ordo Mass said in this manner is just too far removed from the EF Latin Mass and unfortunately I have to say that it just leaves me cold. I know it is a valid Mass that satisfies my obligation but I wouldn't be there if there was an alternative. If I hadn't had a strong Catholic upbringing from good Catholic nuns and priests I would be long gone - like so many others ...

Jan is spot on. Thought came to me this morning that Vatican II and the NO were an attempt to prevent schism and may have had the effect of damaging the Church more than allowing it to split would have done.

Yes I concure the "man made" Novus Ordo service will die out along with the aging hippies i.e. priests, nuns, bishops, lay people. Let's see, in the Novus Ordo we have communion in the hand, hand holding, clapping, folk music, rock music, dancing girls, lesbian nuns, giant puppets, dinner table in the middle, drums, tamborines, polyester vestments, ugly churches, altar girls, lay lectors, improper dress, the Saints would never recognize what this "stage show" is. Now to the TLM, we have,altar of sacrifice, kneeling for communion, Latin, Gregorian chant, stunning vestments to please God, silence, modest dress, Mozart, Palastrina, altar boys, packed seminaries of the F.S.S.P., S.S.P.X., Institute of Christ the King. This is why the "man made" Novus Ordo will die out soon. And if the Holy Ghost chooses - our next Holy Father His Grace Cardinal Raymond Burke who will we raised to our altars as the man who saved Holy Mother Church from ruin.

It's not that simple. The Novus Ordo came into effect in 1970. Before that we had lay readers, CITH (illicit but widespread), pop music in church, 'communion tables', an all-vernacular Mass (the barbarous pre-2011 translation of the Canon was introduced in 1967), polyester vestments et al. Forty-odd years later and I can attend a Novus Ordo Mass which has none of the above. All Saints Day, for example, has the same Propers (plus one extra lesson) as in the Old Rite, and the chant is unchanged.

44 years into the Novus Ordo

Any priest who takes it upon himself to pencil in his own translations of words and word orders (striking out the approved printed words) and uses personal edits of the official Roman Missal in any liturgy should (if discovered) be getting a letter (or call) to come in and see his bishop. The bishop should make it very clear that this is an act of disobedience and liturgical abuse and is clearly not acceptable . . .