MORE GOOD NEWS ABOUT THE NEW CARDINAL PREFECT OF THE CONGRGATION FOR DIVINE WORSHIP!

These two things are GREAT! as Tony the Tiger says: 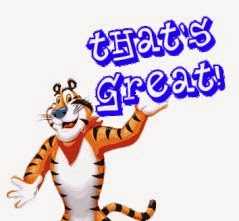 Cardinal Sarah had distinguished himself as one of the strongest conservative voices at the Extraordinary Synod of Bishops this year.

The spirit of the Council has at times been understood in a wrong way, as, for instance, in the temptation of making use of the criteria of the world to engage in dialogue with the world. I think in particular of liturgical abuses, of the downsizing of salvation to a temporal messianism, to an understanding of the Christian life as a sort of humanitarian commitment, to the foundation of social actions inspired by dialectic, and therefore losing the originality of the Christian message. But "opening up to the world" does not mean abolishing the contradiction between the Gospel and the world, nor to tone down the Christian message. It is rather to present to our world the message of the Gospel in all its purity. It is Christ who is the light of the world, as the Council affirms.

It's a shame we have to b so cynical, but this begs a couple of questions:

1) What are Francis' plans for the Congregation for Divine Worship? Is he planning on neutralizing its authority?

2) Is he just throwing Traditionalists a bone to keep them off his back?

3) Is he following the Corleone strategy "Keep your friends close and your enemies closer?"

I hate to ask such questions, but such are the times we live in. I wish I could relax and just be pleased, but this pope has taught me that I cannot do so.

Anonymous, Interesting. My first reaction was distrust and suspicion, as well. The Pope continues to sow confusion and discomfort among the sheep, even when he does something that should please them. This is the atmosphere he has created and it will take much to undo it.

I'll take the bone, if it's all we get and thank God for it.
It is a huge bone - a most important bone, maybe even the most important of all the bones. What blessing this Pope has [inadvertently] given us.
If it were any other dicastery, I will not be as thrilled. But the CDW with Cardinal Sarah as its prefect is proof that the Holy Spirit is caring for us, poor traditionalists who have been insulted, bashed, scolded and verbally abused by the Pope since day one.
It is the Liturgy and the sacraments that touch the hearts of people directly in their daily lives. Papal documents, the synods, communications with heads of states, etc. most times do not affect the faithful as immediately and as profoundly as the Liturgy.
So I'm so happy that Cardinal Sarah was given its prefect post and not, say, a position that would give him responsibity for the rental or non-rental of the Sistine Chapel, or head of the astronomical observatory.
My prayers for the new prefect of the CDW. I think and hope that under him, Pope Benedict's Summorum Pontificum will breathe a new life.