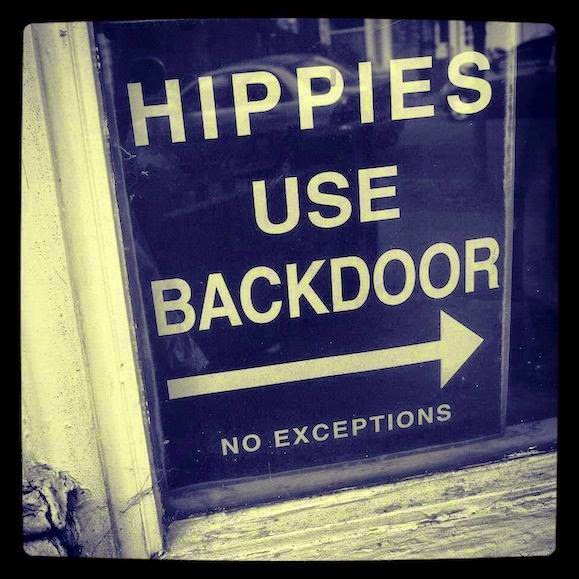 We all know that the young people drawn to the Extraordinary Form of the Mass do so not for nostalgia for the 1950's but for the beauty, sobriety and spirituality of this Mass, along with its profound Christ-centeredness as well as Communion of Saints centeredness.

However, a resurgence of 1970's ideologies and thinking is happening in our Church in an almost giddy way and it is certainly nostalgia for this period of time. I don't see young people enamored with it, but old fogies like me and older.

Here's a little ditty from PrayTell to prove this giddy nostalgia for the 1970's which I know very, very, very well. In my seminary in the late 1970's we sang "What Is This Place?" over and over again, although very beautifully. But we seminarians and some of the faculty derided it as just too insipid and secular. We made fun of it and created our own lyrics:

This is the original first verse:

What is this place where we are meeting?
Only a house, the earth its floor …
Yet it becomes a body that lives when we are gathered here
and know our God is near.

This is our made-up second verse:

Who are these people, some skin and bones and a soul? Why have they gathered here in this place with walls, a floor and roof?

Who the hell knows those in the chairs, some legs a seat and a cushion or two but God who is near somewhere on the floor, the walls and the roof?

You probably know the hymn “What is This Place?”. It’s author (in Dutch), Huub Oosterhuis, has just received the German 2014 ecumenical Predigtpreis (“preaching award”) in the category “Life Work.”

Oosterhuis’ life story as given at the website is an interesting bit of Catholic postconciliar history.
Oosterhuis was born to a devout Catholic family in Amsterdam in 1933 and joined the Jesuits in 1953. It was soon rumored that he was writing poetry, which was considered overly individualistic for a member of a religious order. But later he was officially asked to write hymn texts, for which at first he used late medieval Dutch melodies. In 1960 he began writing texts for the liturgy of the newly-founded Studentenekklesia (“student church”) in Amsterdam.

Oosterhuis was ordained a priest in 1965 and assigned to be student chaplain in Amsterdam with three other young Jesuits, including Bernard Huijbers. The Studentenekklesia quickly developed into a laboratory of liturgical experimentation.

Oosterhuis sought to incorporate in his texts the existential reality of people today as much as the content and style of inherited tradition. His output of texts grew, with the increased use of melodies by Huijbers as well as traditional tunes. They became widely used in Protestant as well as Catholic churches.

Meanwhile, the Studentenekkesia had developed its own uniquely Dutch liturgy, which sought to be loosely Catholic in the sense of “universal, connected to the whole.” This led to conflicts with Roman Catholic authorities and separation from Catholic bishop of Harlem-Amsterdam. Oosterhuis was summoned to the Jesuit superiors in Rome and expelled from the order along with his colleagues. The Studentenekklesia was expelled from Jesuit facilities and found a new home in a Protestant church.
In 1970 Oosterhuis married Josefien Melief, and they had two children. They parted on friendly terms and Oosterhuis has been married ever since to Colet van der Ven.

In the 1970s, Oosterhuis’ texts increasingly emphasized seeking and questioning. Themes of liberation theology were incorporated, along with a striking aspect of mysticism. With a growing interest in making the Bible speak to contemporary people, Oosterhuis translated all 150 psalms in free and striking manner from 1995 to 2010. He has also written free poetry, and he wrote a large novel in poetic form in which the mythical King Arthur is portrayed as a messianic figure.

Oosterhuis has been politically active, for example as president of the Chile Movement, as advocate for various leftist paries, and as advocate for those seeking asylum. He became close to Princess Beatrice before she was queen, and at her request he preached at her burial in 2002.
In 2002 Oosterhuis received an honorary doctorate from the Vrij Universiteit of Amsterdam for his hymn text writing.

In 2010 a wealthy admirer donated a completed renovated former parish house to the Studentenekklesia. It is where they now celebrate their weekly liturgy, along with being a meeting place for a broad public.

Because of a history of conflict with church authorities, Oosterhuis’ texts are not officially permitted in Dutch Catholic publications, but they are widely used in Protestant churches. Five of his texts appeared in the official German Catholic hymnal Gotteslob of 1975; after some heated discussion it was decided that six of his texts would appear in the revised Gotteslob that appeared last year.

What is this place where we are meeting?
Only a house, the earth its floor …
Yet it becomes a body that lives when we are gathered here
and know our God is near.

Well then father, what are young bucks and does like us who are as you describe, supposed to do, if the majority of your generation or between ours are thrusting these hymns at us? Speaking to the music director would likely be a waste of time and they'd think your taste "sucks", the pastor is likely apathetic or doesn't care, and a bishop wouldn't want to waste his time on musical squabbles (unless the laity move with their feet and wallet and it garners a LOT of attention). We need solutions here Father, and the biological solution may not do enough of the clean-up for us.

Julian, vote with your feet. If your parish foists this sort of tiresome drivel on you (and I can't believe that in the US so-called music directors are actually PAID for so doing) have nothing to do with it. If it's any consolation, I've had to take this course for nigh on on five decades. It's the only way to stay sane.