DID LITURGISTS DESTROY THE FAITH OF 88% OF CATHOLICS IN THIS COUNTRY? MORE THAN LIKELY! 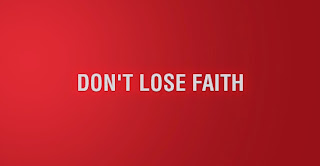 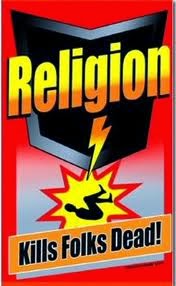 There is a Pew Survey of the bleeding of Catholics to Protestant evangelicalism in Latin America. Like so many places around the world, since Vatican II Catholics are leaving the Church in high numbers. Many of them are becoming conservative evangelical Protestants (keep in mind no one want to be a liberal Protestant anywhere in the world) while millions of other Catholics are becoming "nones" no faith at all, a new agnosticism.


Let's look at the number one reason. Prior to Vatican II when Catholics took their faith seriously, knew the Church was the true Church and weren't yanked around by liturgists or priests imbued with clericalism, almost 90% of Catholics went to Mass every Sunday and few left the Church and many non-Catholics were becoming Catholics.

But Vatican II emboldened liturgists to ruin everything and lead the Church in the ways of losing Catholics and converts.

What happened when liturgists destroyed the faith of some many Catholics?

These progressive, liberal liturgists  thought all Catholics who believed were the stupid  (sounds familiar doesn't it, think of the recent revelations concerning Obama's attitude to Americans concerning  Obamacare) decided to remove the emphasis from Christ and adoring Him and to place the emphasis on things that require no faith or personal relationship.

They did not like the "static" real presence of Christ. They wanted to emphasize the "active" real presence. So what did they emphasize? The look, taste, feel, smell of the bread and wine. Did it chew well? Did it taste good? Was it broken and shared?And of course the so-called "static" presence of Christ in the tabernacle had to go, either to a side altar, a broom closet or a separate chapel, out of sight and out of mind for 99% of Catholics.

What became new was how Catholics received and what the bread and wine were like. They were to be in a procession, standing to receive in the hand like adults not on the tongue like a child being fed by his mother and returning to their pew singing with their mouth full. The Communion song was more important than private, devotional prayers at Communion time.

The actions of the Sacrament were more important than Christ, receiving Him worthily and reverently.

These liturgists destroyed the faith of countless Catholics sending them to evangelical Protestants where their non-sacramental worship is more "emotionally" fulfilling because the emphasis is on a personal relationship with Christ, not the actions of the sacraments or worse yet the bread and wine.

Sad no? And what does the Magisterium do as Rome continues to burn? It recycles those bad and stupid ideas of Vatican II improperly interpreted and continues to borrow from Protestant evangelicalism emotionalism rather than what worked for centuries in the Catholic Church with a strong Catholic identity built on a devout belief in the real presence of Christ in the Most Blessed Sacrament.

You've got the EF mass and admit that less than 100 people regularly attend. 40 from outside your parish.

Is there a community, a pastoral plan for these 100 souls outside of the sacrament of Mass?

How many go to regular confession?

How many of these families have you eaten dinner with this past year? If not, why not? You get more info and a closer connection from a family over dinner than through a year of 30 second encounters after Mass on the Church steps...

If you want more people to come, you need it to be more personal. More about the encounter with Christ for the sake of saving the world than about aethestics and taste

JB, considering the comparative small size of the total Catholic population in the Macon area, and the fact that the liturgical disintegration of recent decades has rendered most Catholics impervious and indifferent to authentic worship, I find his reported attendance at an only-once-monthly Sunday afternoon TLM fairly impressive. Probably more than I, with some experience developing Latin Mass communities, would have predicted.

Although I’d strongly endorse and support the reverent OF Mass Fr. McDonald is offering at 12:30 pm, I’d conjecture that an EF Mass offered at that same time every Sunday would draw just as large an attendance as the OF Mass does, combining most of the EF attenders and most of the reverent OF attenders who prefer an ad orientem Mass with at least some Latin.

That said, I can see why a pastor might feel at the present time that a reverent OF Mass has greater potential for growth and for overall benefit to the parish—e.g., by potentially introducing more people to a reverent ad orientem Mass that seems reasonably “accessible” to people with only vernacular OF experience.

I would have agreed with JusadB 30 years ago, but I know now the practical limits that the personality of each priest places on personal interaction. So I would add that the priest must have people in the parish that he uses to execute the spread of the faith through acts of charity, etc. this also helps the priest manage his personal time. That is very Vatican II, isn't it? People looking after each other? If I want a strong female figure the one who has the key to the food pantry on a chain around her neck is pretty darn good. Then the priest can reserve the sacramental functions to himself as appropriate and not need to make work jobs for people so they feel included.

I would say not only 88% of Catholics here in the US, but also the rest of the world.
Look at the new pew research out about Latin America. Only 65-69% Latin Americans identify as Catholic and that rate is apparently dropping sharply.

There is obviously a crisis and all the hierarchy from parish priest to pope seem to be sitting on their thumbs and spinning around.

Apparently the greatest fruit of VII is former Catholics becoming atheists or Protestants.

And to think, the liturgists of those times were SURE the changes were a great response to the changes in the world. It was going to SAVE the Church and bring more people in, wasn't that what they said at the time? Funny how the solutions progressives propose never seem to produce the results they expect. And those of us who knew better but were helpless to stop it watch as the beautiful is destroyed.

I would love to know what the attrition rate is of those Eastern Rite Christian Churches, which didn't change it's liturgy to accommodate cultural changes. That would be a good comparison to see the actual damage the changes to the liturgy, sacraments, and theological emphasis made.

So many souls, lost. What a shame.

I would be very happy with an reverent ad orientem OF Mass with altar rails or Communion distributed kneeling by the priest. It would also be a blessing to have good music, or silence like a EF Low Mass and it goes without saying that there should be no talking in the Church at any time. In the city where I live there is no OF Mass that fits this description. and there is only one TLM offered twice a month. Catholics who want to attend a reverent OF Mass in a beautiful, quiet Church often attend a large Polish speaking parish in town for weekday Masses. I serve as an organist in a parish that does many things that would make us cringe. I have decided to quit several times but have felt the Lord urging me to continue to provide higher quality Catholic music and to give an example of traditional devout Catholic practice by dressing modestly, genuflecting, which is not done by most people in this parish and by trying to be a good example. I am praying for a return to proper and correct Catholic teaching and reverence at this parish, and there seems to be some progress being made. I noticed that before Mass last Sunday, most people were trying to pray, rather than talking. It is an uphill battle, but the Lord has also graciously given me the consolation of establishing a connection with an Eastern rite parish - though I am Roman rite, I consider this my parish and live close by. I would encourage all who need an oasis from irreverent or casual OF Masses, to try to attend an Eastern rite Church at least once - Vatican II was not an issue for them, and the Divine Liturgy has not changed through the years. It has been the breath of life for me, though I continue to love the TLM and attend when the opportunity arises.

The "conservative Protestant, evangelical sects" to which the Latin American Catholics are bleeding are not the quiet, conservative, traditional places as you suggest, but rather Pentecostal, fundamentalist, glossolalia, faith healing, Baptized in the Holy Spirit...lots of spontaneous personal testimony, mariachi music....

Is that what might be appropriate for...oh...lets say your 12:15 Sunday Mass. Go for it. Gene can play his guitar.

If I had the Holy Father's ear, I would suggest to him to convene a Synod on ways to re-build the Church in Latin America and other areas of the world where it is in serious need of repair. Your Holiness, please model yourself after your namesake. Please take on anew the task given to St. Francis by Christ: "go and repair My house which, as you can see, is falling into ruins."

Anonymous at 6:10 makes a good point. The "personal connection" and "style of worship" these people go for isn't like the authentic encounter with Christ and worship of God in the EF. They are going to feed their passions and be entertained at performances put on by those "caught up in the spirit". They are looking for emotional satisfaction only.

Also, I wonder how the exodus of catholics compares to defection and apostasy in other christian groups. That comparison would better answer the question of whether or not this phenomenon was really mainly attributed to Catholic liturgical reform only or if it's a reflection of a larger social trend. If non catholic christian groups are experiencing the same decline, then the liturgical reform might not be the biggest factor.

Veronika, your story speaks volumes. And you are absolutely right about being open to an Eastern rite church. The liturgy is timeless and never affected by modernist changes. It is quite different, of course, but beautiful and transcendent, and provides a breath of reverent air for those in need.