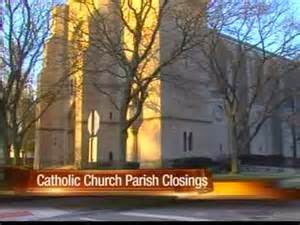 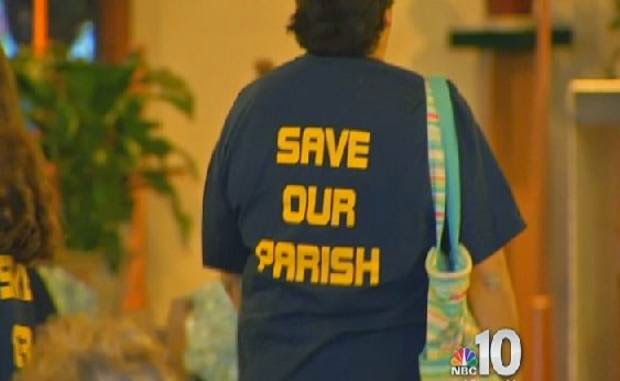 The Deacon's Bench simply reports what the New York Times is reporting. Good news for some, sad for others. Why not just let parishes swim or sink on their own without creating a top-down closure system. Wouldn't that be more logical? Let various congregations decide! Just my humble opinion!

Cardinal Timothy M. Dolan announced on Sunday the largest reorganization in the history of the Roman Catholic archdiocese of New York, with 55 parishes from Staten Island to the Catskills to merge with neighboring parishes.

In 31 of those mergers, all Masses and other sacraments such as weddings and funerals will cease to be celebrated on a regular basis at one of the churches being merged. In the remaining 24 mergers, both churches will remain open for the regular celebration of Masses and other events.

Of the churches that will essentially be closed on a weekly basis for worship purposes, nine are in Manhattan, six in Westchester, four in Staten Island and six are in Rockland, Sullivan, Ulster, or Dutchess counties.

The churches that will cease to be used regularly in Manhattan include Holy Rosary, Holy Agony, and Saint Lucy’s in East Harlem, and Our Lady of Peace, Saint Elizabeth of Hungary and Saint Stephen of Hungary on the Upper East Side.

In the Bronx, churches no longer used regularly will include Visitation on Van Cortlandt Park South and Saint Ann on Bainbridge Avenue. On Staten Island, they include Assumption on Webster Avenue and Saint Mary of the Assumption on Richmond Terrace. In Westchester, they include Most Holy Trinity and Saint Denis in Yonkers and three churches in Mount Vernon — Saint Ursula, Sacred Heart and Our Lady of Mount Carmel.

Parishioners in some affected parishes have already begun mobilizing to save their churches, and legal action and additional protests are expected before the decisions are set to start taking effect in August 2015.

Some churches that had been recommended for mergers by an advisory panel earlier this year were spared after parishioners raised objection Among them are Holy Innocents Church in Midtown Manhattan, the only church in New York where the Latin Mass is celebrated daily, and St. John’s Church in Piermont.

“This time of transition in the history of the archdiocese will undoubtedly be difficult for people who live in parishes that will merge,” Cardinal Dolan said in a news release announcing the changes. “There will be many who are hurt and upset as they experience what will be a change in their spiritual lives, and I will be one of them.”

Great news about Holy Innocents, this is what happens when you stand up to the laughing Cardinal. The Mass of All Times is to powerful for anyone to destroy. On a side note Father Z. has an article about Cardinal Burke being refused to celebrate a Mass in the EF in Austria. He will be offering a Pontifical High Mass in the EF form in the Karlskirche in Austria this week. Pray for this Holy man he will be hunted down by the modernists in Rome and beyond who hate him and the Mass of All Times. But guess what Jesus will protect this man from all harm.

By the time I write this you, FrAJM, shall have had your OF Requiem Mass for All Souls. Yesterday I sang at a Missa Cantata for All Saints and next Sunday I shall be singing a Requiem Mass before motoring to Ipswich to sing the Dupre Vespers.

This means turning down an opportunity to sing at an EF Mass twelve miles away. For the first time ever, those who can deliver the Chant are in demand. Deo Gratias!

John...Do you have any CDs available? You talk a good bit about your singing. Maybe Fr. McD. could post something here. I'd like to hear you.

Yes, I second the question about attendance at the EF mass in Macon.

How many of your parishioners and visitors do you get?

I've heard the EF Mass in Savannah gets between 50 and 100 attendees depending on the weekend. Lots of tourists come in too.

Now, given family sizes, 100 people could mean 12 families or it could mean 30-40 couples and a few large families.

It would have made really bad PR if Holy Innocents was axed. I believe it would have been axed if the faithful did not speak up.