HAVEN'T I BEEN SAYING THIS ALL ALONG ABOUT SACROSANCTUM CONCILIUM AND VATICAN II IN GENERAL? HAVEN'T I?

Dom Alcuin Reid has a wonderful paper on what he calls the New Liturgical Movement. You can read the whole thing here and it is well worth reading. I present excerpts below that back up what I've been saying all along. 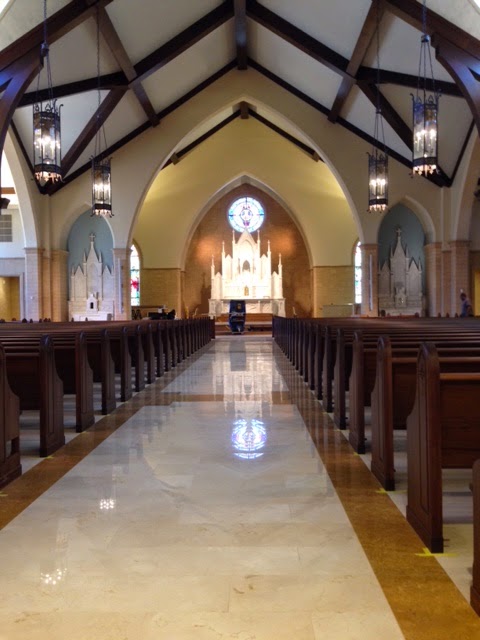 ... An authentic interpretation of the Second Vatican Council’s mandate for liturgical reform.

Perhaps the best way to explore this element is through a series of pithy statements that accurately reflect the content of Sacrosanctum Concilium ....

ii. Widespread formation and immersion in the Church’s liturgical life and tradition is an essential pre-requisite to actual participation and is a far greater priority than ritual reform.

iii. That “there must be no innovations unless the good of the Church genuinely and certainly requires them; and care must be taken that any new forms adopted should in some way grow organically from forms already existing” means exactly that.

iv. Giving a suitable place to the vernacular does not mean totally vernacularising the liturgy to the exclusion of Latin.

v. That the use of the Latin language is to be preserved in the Latin rites suggests that Latin should be something with which all our congregations are familiar from regular use.

vi. Allowing the extended use of concelebration is not about forming generations of priests who do not know how or even why one would celebrate Mass privately, let alone how to behave as concelebrants.

vii. Judging that Holy Communion may be administered under both species on certain occasions does not mandate the creation of legions of extraordinary ministers, unworthy vessels for the Precious Blood or questionable if not downright sacrilegious practices in respect to their purification.

viii. Providing a richer fare for the faithful at the table of God's word does not mean destroying a truly ancient order or readings, nor does it authorise the excising of uncomfortable portions of Sacred Scripture from the lectionary.

xi. Revising the liturgical books does not authorise the wholesale recasting of their calendars, the ideological purging of their proper prayers, or the insertion of liturgical texts reconstructed according to insufficiently tested scholarly fashions. ...

Yes, a good article, Father, but I fear it is wasted. Why? For the reasons that I've put forward before:

The majority left in the Church are just not interested. Most of them are there just satisfying the Sunday obligation.

Those who have now found the EF of the Mass are satisfied with that and few will go back to the OF of the Mass.

I go to a parish where the OF of the Mass is celebrated well but the majority couldn't seem to care less.

I also feel that the OF of the Mass is more geared towards the laity than to God.

At the same time anything that can be done to improve the OF of the Mass should be done.

Yes, Fr AJM, Alcuin Reid is a real liturgical scholar, not a 'liturgist' as understood in the USA who is simply a music director who has done a correspondence course in 'liturgical studies' run by the likes of Rita Ferrone.

I have been privileged to meet real liturgical scholars, most recently Fr Uwe Michael Lang, Cong. Orat. As you know, I sing and teach Gregorian Chant, and in the last two years my services have been so much in demand that I am having to turn down work.

Pope Benedict's liturgical legacy is only now starting to take off. He, of course, knew he was sowing for a future harvest - there are no 'instant fixes'.