When I die and go to heaven (I know, I know, I'm being presumptions here), I want to find out as quickly as possible who assassinated President Kennedy and the behind the scenes intrigue.

And now retired Cardinal Cormac Murphy-O'Connor has elevated a conspiracy theory about the election of Pope Francis to an unnecessary level with a letter to the editor in London's Daily Telegraph on November 25th, three days after the anniversary of the assassination of President Kennedy. You can read the whole story on it HERE. Again, this is DaVinci Code stuff. I'm sure a movie based on the book will soon follow: 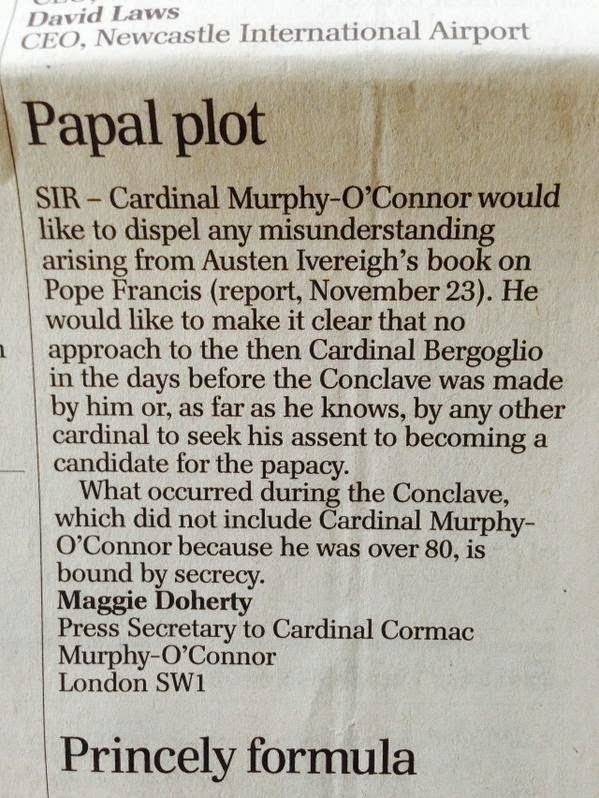 "Papal Plot" would be a good name for the new movie produced by Oppie Taylor, I mean Ronnie Howard!
Posted by Fr. Allan J. McDonald at Wednesday, November 26, 2014

If all that is true, then we know why we got six liberal bishops appointed to write the shocking mid-term report and why Cardinal Kasper was allowed to address the Consistory of bishops a few months earlier - the liberal agenda is now perfectly clear for those who have eyes to see.