LIKE MIKEY AND LIFE CEREAL; BILL MURRAY LIKES THE OLD LATIN MASS, HE REALLY LIKES IT! 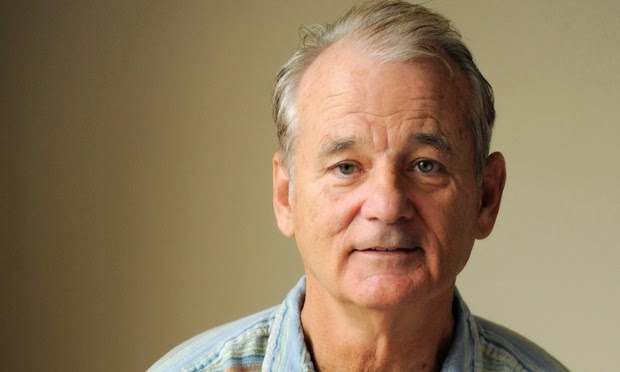 You can read the full article on Bill Murray by pressing this sentence. I didn't know he was a practicing Catholic.

Fr. Z gives a synopsis of the above article:


One new saint he does approve of is Pope John XXIII (who died in 1963). “I’ll buy that one, he’s my guy; an extraordinary joyous Florentine who changed the order.

I’m not sure all those changes were right. I tend to disagree with what they call the new mass. I think we lost something by losing the Latin. Now if you go to a Catholic mass even just in Harlem it can be in Spanish, it can be in Ethiopian, it can be in any number of languages. The shape of it, the pictures, are the same but the words aren’t the same.”

Isn’t it good for people to understand it? “I guess,” he says, shaking his head. “But there’s a vibration to those words. If you’ve been in the business long enough you know what they mean anyway. And I really miss the music – the power of it, y’know? Yikes! Sacred music has an affect on your brain.” Instead, he says, we get “folk songs … top 40 stuff … oh, brother….”

The link is incorrect. Here is the link Father Z used for the complete article:

I didn't know this about Mr. Murray.

My bad, I fixed the link!

Vatican II provided a balanced approach to this question, maintaining Latin as our liturgical language but allowing the vernacular for certain Mass parts and in certain regions, on a case by case basis. I pray that one day the pope and bishops will listen to the Holy Ghost and implement Vatican II.

Through the years I asked everyone in my family from my great grandmother, uncles, aunts who remembered it down to my mother if they ever had a problem with the old Mass when it was the normal everyday Catholic Mass. They all looked at me like I was crazy. They all said the same thing, they never dreamed the Mass would change. And they were all heartbroken when it did change. Only my mother is left and if truth be told she only goes to Mass now to fullfill the obligation. Years ago she gave up on silly homilies lousy music, liturgical abuse and really bad neo protestant "masses", now she sits there and just says her private prayers, ignoring everything but the consecration. Thank you Vatican II.

Can anyone imagine Vatican II being faithfully implemented, until after the troubled generation of priests and bishops trained in the seminaries of the 60s/70s/80s, is no longer in power?

Yes,Bill Murray is a practicing Roman Catholic and not surprised that he loves the TLM, like I have always said, put the two forms side by side and which one brings you to your knees with devotion and tears of joy? Yes I'm a man but I will go down on my knees and the tears stream down my face when Holy Mass begins in the TLM. Tears of joy when the chant in Latin begins for I know the Lord is right there at the altar with the priest leading us in prayer. On a side note the folks at "Rorate Caeli" have the video of His Grace Cardinal Burke saying High Mass in Vienna Austria, he is just one heck of a man I firmly believe he will be our next Holy Father and lead us out of this disaster we are currently in, please pray for Cardinal Burke he is hated by many as was Jesus Christ himself. We love you Cardinal Burke!!!

This is what a pope looks and acts like, pray to the Holy Ghost that he is elected to the Chair of Peter, pray that our Cardinals have the wisdom and fortitude to do this for the salvation of our Holy Mother the Church. Deo Gratias You are the one Cardinal Burke to save us from what is currently happening to us.

The Vatican has a "balanced" approach to all sorts of questions.

Latin IS our liturgical language, but it's only treated as a curio in the glass cabinet, with little parts of it being used here and there at various Masses, to remind us that we have a certain link to the past. Just don't get too enamored with that link, because under the current regime, if you have a regular TLM in your diocese (and the increase in vocations that usually comes with it), your bishop will be reviewed (or revoked) or you, the priest, will be placed on sabbatical (see Fr. Rodriguez).

The Church teaches us that homosexuality is wrong--not that homosexuals are evil--simply that it is an orientation that is gravely disordered and its acts are gravely sinful. Yet the bishops seldom speak up about it, nor do many clergy and gay marriage advocates like certain mayors, governors and members of congress get a pass all while proudly proclaiming themselves to be Catholic. And did I mention the countless clergy members who are homosexuals and how much they have cost the Church? And then there's that priest in Minnesota who openly advocates for gay marriage after "coming out" to his congregation. Has he been disciplined? Oh yes, our last pope published a teaching on the unsuitability of homosexual candidates for the priesthood and it was dead on arrival and ignored at seminaries everywhere.

It has been proven that Communion in the hand increases the amount of Eucharistic abuses, sacrileges and theft, but it goes on. Oh yes, "officially" the worldwide norm for receiving Communion is on the tongue, but show us a country that DOESN'T have the "indult" to receive in the hand? Show us a First Communion class that doesn't brainwash--I mean, teach the children to receive in the hand. And if, God forbid, if you are a bishop who complains about such things, you get assigned to such glamorous dioceses as…Kazakhstan???

About 50 million children have been aborted in the United States since the Roe v. Wade decision of 1973. The decision would not have gone through were it not for the only Catholic member of the court at that time, William Brennan (Yes, we all know Blackmun wrote the decision, but only to take the heat off of Brennan from his own Church). Even though Brennan voted in the majority to legalize abortion, he died in the good standing of his Church. And his Church continues to treat an endless array of politicians with solicitude while these same "Catholic" politicians do all they can to "protect women's rights" with legal baby killing. They meet the pope, kiss his hand, laugh with their bishops and wear the mantle of respectability and if any of us are scandalized by it, WE are the bad guys--"strident", "intolerant", etc.. The Catholic Church was the first voice in the world to denounce the slave trade, yet that same Church does nothing about the supporters of abortion, WHICH DISPROPORTIONATELY AND SYSTEMATICALLY ELIMINATES MEMBERS OF THE BLACK POPULATION.

Yes, since Vatican II, we've enjoyed a "balanced" approach to a number of questions and the drop in Mass attendance, flight from the priesthood, closings of Catholic schools and the decimation of women's religious orders and their evolution into militant social service organizations are just more of the "fruits" of this new springtime.

Did anybody see Bill Murray's new movie "St. Vincent"? I thought it was very good. Of course I'm a heathen compared to many of you. It may be a mortal sin to some.

I think his performance is Oscar nomination worthy.

By the way, Stripes was a great film.

Wow, there is nothing one can add to the posts by Anon 8:23 and Daryl B 9:56. One can only thank them for putting a human face on the story of the past 50 years of our Church. Those faces Anon describes match mine and many others I know.
And you really ought to google Bill Murray's story ... fascinating guy!
I just have to believe if more priests of good will who really care about souls were to listen more carefully, talk to actual faces, ask them questions divested of that priest's personal preferences, and ponder (dare I say pray?) more carefully about all of this his-story, we would begin to solve some problems in our beloved Church--locally, nationally, and beyond.
Whew, lots of "p" words in that last long sentence. It takes a lot of real caring, time investment and humility for a priest to do this for his people, but isn't that part of what the Holy Father is asking of priests? Father tries to do that with this blog, I think. Are there other priests brave and self-giving enough to jump into the fray?

I might caution people from assuming Bill is a stand up guy and assuming he needs no prayers.

Now, I love his humor and appreciate his "craft" but he's a deeply wounded soul, his love of the TLM notwithstanding. So while we applaud his good taste, let us also pray for him and his famil(ies), and for him to find a good confessor and guide who can help him get on the straight and narrow before the end.

But...but...but... I thought the TLM was the cure for all that ails us, our Church, our society, our world!

What ails us is the world, the flesh, and the devil. An unholy trinity if you will....

So putting the Humpty Dumpty of any of our lives back together much less gaining us supernatural life in our souls will likewise require many different layers or types of grace.

As in all things Catholic, it's never either/or but both/and. We need better marriages and families...and better liturgies and communities....better faith formation and education.... better hospitality and evangelizing outreach.

Unfortunately what typically will end up happening is a general apostasy followed by a harsh bloody persecution of the holdouts... martyrs...and then a rebirth of faith after the war cleans the slate so to speak.

We're not in this to win, we're in this to hand on the faith to the generation perhaps unborn who will live to see the victory.

Well, Mr. Murray also pointed to how people who don't know much Latin (such as myself) come to understand the Latin Mass: those words have a vibration to them. And "if you've been in the business long enough, you understand what those words mean, anyway."

Catholics are supposedly "more well educated than ever before." And yet, the Latin Mass is supposedly "too hard."

I suggest we resist further publicizing the sinfulness of Mr. Murray, or any other Christian.

Thank you, JBS! I was going to post the same thing a few hours ago, but didn't. Thanks as it is better coming from a priest, not me.
We ALL need prayers...we are all deeply wounded, need a good confessor and guide, most especially I do...

I think a valid question to ask: is what would have happened if the reforms of the Vatican II council had actually been implemented in the manner the Fathers of the council anticipated, with out the Modernist / Progressive agenda? Would we have lost so many souls like Mr Murray or (more famously) Tom Cruise (who was in Seminary and left). Their are MANY examples of people who now are lost to the Culture of the world that may not be where they are if our Church and our shepherds had done their jobs.