DOUBLE BOMBSHELL! ANOTHER CARDINAL GETS APOCALYPTIC WITH WHAT IS HAPPENING WITH THE PAPACY OF POPE FRANCIS 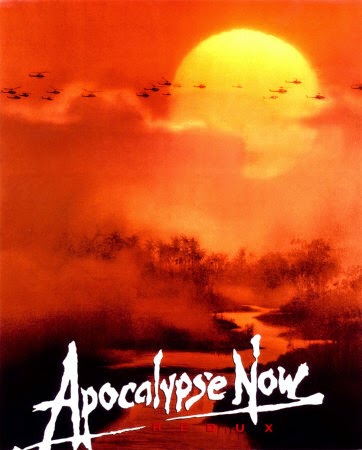 It appears that Cardinal Burke is not alone in his alarm over Pope Francis and the confusion he is creating in the college of bishops and the Church in general.  Now Cardinal George, who is far from a legalist or canonist is offering his own dire apocalyptic warnings about this confusion and wonders aloud if the pope is even aware of it. The cardinal wants to talk to Pope Francis and ask him to clarify his positions to clear up the confusion. Cardinal George even goes a bit apocalyptic concerning Pope Francis' obsession with the devil and the implications of the anti-Christ. Yes! Cardinal George raises that specter! And like Cardinal Pell who spoke of anti-popes in the very same sentence when speaking about Pope Francis, Cardinal George does the same thing with the term anti-Christ!

Again, these sorts of warnings concerning a reigning pope from at least two cardinals, and I know there are more, are unprecedented in the modern history of the Catholic Church.

Anxiety abounds in a certain segment of the Church ( I think most laity are oblivious).  Things are more dire now than in the immediate aftermath of Vatican II and Humanae Vitae.

Tomorrow, Crux will print an interview with Cardinal George conducted by my favorite John Allen.

Today Crux gives us a tease and yes it is a BOMBSHELL!

By John L. Allen Jr.
Associate editor November 16, 2014
Cardinal Francis George of Chicago will turn over the reins to his successor, Archbishop Blase Cupich, on Tuesday. George has long been seen as a leading intellectual light among America’s Catholic bishops, and even now, as he fights for his life, his mind remains remarkably nimble.
As it turns out, one thing occupying his mind these days is Pope Francis.

Now 77, George is currently undergoing experimental treatment intended to stimulate his immune system to fight off the cancer spreading from his bladder, liver, and kidneys through the rest of his body. If it fails, he’ll likely be looking at palliative care ahead of the inevitable.

I’ve described George before as the “American Ratzinger” for his blend of intellectual chops and tenacious commitment to Catholic tradition, in the spirit of the former Joseph Ratzinger, the man who became Pope Benedict XVI. (For the record, George shuns the label, insisting he’s not of Benedict’s intellectual caliber. He is, in any event, the closest thing to it on these shores.)

George sat down for an exclusive interview on Friday. A fuller account will appear Monday on Crux, but for now, one fascinating element is this: If time and health allow, George would really, really like to have a heart-to-heart with Francis.

Aside from the sheer fun of knowing what one of America’s best Catholic minds wants to ask the pope, George’s dream Q&A has political relevance because he remains a point of reference to the Church’s conservative wing. These aren’t just his questions, in other words, but what a large and influential Catholic constituency would like to know.

To begin, George said he’d like to ask Francis if he fully grasps that in some quarters, he’s created the impression Catholic doctrine is up for grabs.

Does Francis realize, for example, “what has happened just by that phrase, ‘Who am I to judge?’ ”
Francis’ signature sound-bite, George said, “has been very misused … because he was talking about someone who has already asked for mercy and been given absolution, whom he knows well,” George said.

(Francis uttered the line in 2013, in response to a question about a Vatican cleric accused of gay relationships earlier in his career.)

“That’s entirely different than talking to somebody who demands acceptance rather than asking for forgiveness,” George said.
“Does he not realize the repercussions? Perhaps he doesn’t,” George said. “I don’t know whether he’s conscious of all the consequences of some of the things he’s said and done that raise doubts in people’s minds.

“The question is why he doesn’t he clarify” these ambiguous statements, George said. “Why is it necessary that apologists have to bear the burden of trying to put the best possible face on it?”
He said he also wonders if Francis realizes how his rhetoric has created expectations “he can’t possibly meet.”


I don’t know whether he’s conscious of all the consequences of some of the things he’s said and done that raise doubts in people’s minds.”
“That’s what worries me,” George said. “At a certain moment, people who have painted him as a player in their own scenarios about changes in the Church will discover that’s not who he is.”
At that stage, George warned, “He’ll get not only disillusionment, but opposition, which could be harmful to his effectiveness.”

Second, George said he’d like to ask Francis who is providing him advice — which, he said, has become the “big question” about this pope.

“Obviously he’s getting input from somewhere,” George said. “Much of it he collects himself, but I’d love to know who’s truly shaping his thinking.”

Third, George noted that Francis often makes references to the Devil and the biblical notion of the end-times, but said it’s not clear how that shapes his vision and agenda.

Among other things, George recalled that one of Francis’ favorite books is “The Lord of the World” by Robert Hugh Benson, a converted Catholic priest and son of a former Anglican Archbishop of Canterbury. It’s an apocalyptic fantasy, written in 1907, culminating in a showdown between the Church and a charismatic anti-Christ figure.

George said he’d like to ask Francis a simple question: “Do you really believe that?”
“I hope before I die I’ll have the chance to ask him how you want us to understand what you’re doing, when you put [the end-times] before us as a key to it all,” he said.

Perhaps, George said, the sense that the end is near explains why Francis “seems to be in a hurry.”
So far, George said, he hasn’t been able to talk these things out with the new boss.

“I didn’t know him well before he was elected, and since then I haven’t had a chance to go over [to Rome] for any meetings because I’ve been in treatment,” he said.

Getting some quality time, as George describes it, wouldn’t be just about indulging his personal curiosity, but also being a good bishop.

“You’re supposed to govern in communion with the successor of Peter, so it’s important to have some meeting of minds,” he said. “I certainly respect [Francis] as pope, but I don’t yet really have an understanding of, ‘What are we doing here?’ ”

Here’s hoping America’s Ratzinger eventually gets that heart-to-heart with Pope Francis … and, for the record, I’d pay serious money to be a fly on the wall if he does.
Posted by Fr. Allan J. McDonald at Sunday, November 16, 2014

The new date for annihilation is January 1, 2017, according to followers of The Sword of God Brotherhood.

They believe the 'Prophet Gabriel' told the Brotherhood that the 'dying time' will come on this date and only members of the cult will survive, while everyone else perishes in 'hellfire.'

Oh. Thanks. Well, then. Geez. I've heard and read a lot of "prophecies" over the years, but never heard of them.
I guess there's no shortage of those who believe God's wrath is about to fall on us.
For my part, I repented long ago, and try to keep my slate clean until I meet Him when my time comes. If it's Jan. 1, 2017, so be it. But I, for some reason, believe in the God of Mercy, and though I do deserve hellfire if I were judged without Christ, I hide myself in His wounds, and have confidence in God's mercy.
I wish the Sword of God Brotherhood all the best of luck.

2017 is the 100th anniversary of the apparitions of Our Lady of Fatima.

George's motivation makes a lot of sense to me. He wants to understand what the pope's pastoral plan is so that he--Cardinal George--can follow the pope's lead.

For priests who wish to remain faithful to Our Lord's Church, there is a similar dilemma. Just looking at papal teaching over the past hundred years, beginning with St. Pius X's concerns for promoting the sacred liturgy and combating Modernism, through Benedict XVI's short but clear statements, it's hard to explain to the faithful how Pope Francis fits into this.

Thanks Luke. Yes I was referencing 2017 being the 100th anniversary of the Blessed Virgins appearance at Fatima. Many spectate that this is when the end will occur or some chastisement or something like that

Lots of stuff gonna happen in 2017. The 100th anniversary of Fatima. This, in itself, is interesting, due to the fact that the French Revolution began 100 years to the day after King Louis XIV declined to consecrate France the The Immaculate Heart.

As far as strict prophecy goes, if anyone puts dates to the End Times, he is not to be believed, 'cause God said so. So "whatever" brotherhood, you're a bunch of loonytunes.

Personally, I think we are heading into the Great Chastisement, but I could be wrong. As far as 2017 goes, it is the 50th anniversary of my birth, which is ominous enough for me...

I have a question Father.

When people say that the Church, as it currently is, with the OF and they say that it's a "new religion", is this even possible? Are there 2 Catholic Churches right now? As a new convert I would love for you to explain this to me, I'm confused about it.

I have a saying for every time a person tries to predict the end of the world, God in His mercy extends us, for man does not know the hour or day, nor would He contradict Himself, in allowing man to predict the time and day.

Wow....this place is turning into a looney bin. Who's been to confession lately?

Anti-Christ and Anti-Pope, these thoughts cannot be more serious. If Francis finally comes cleans and unambiguously proclaims true doctrine, it remains to be seen if he'll have any allies remaining. I'm not sure orthodox Catholics will ever truly trust him and the heterodox/secularists will immediately disown him. If a Cardinal Like Francis George expresses this concern about the Pope is it any wonder that ordinary laity who love the concrete logic of the faith detest the denial of that divine gift by his sloppy and clumsy handling of the job entrusted to him to defend it.

Any comment that is vitriolic and disrespectful of the laity in general, and Pope Francis, bishops and priests in particular will not be posted! Discuss ideas and leave the personalities out of it. No name calling or calling anyone disastrous

Interesting. Perhaps if we would stop trying to predict the End and instead just do what He commanded, the End would come quickly.

On September 11 (9/11) Queen Elizabeth II will surpass the time her great-great-grandmother, Queen Victoria, spenton the throne of the United Kingdom.

CLEARLY this means that A) QE2 was born in Kenya, that B) Bugnini conspired with "Six Protestant Ministers" to install "Cranmer Tables" in our churches and destroy the True Faith, that C) Ebola is a plot developed by (a) the CIA, (b) the Illuminati, (c) the Skull and Bones Society, and (d) the Wahabists, that D) England was behind the attacks on the World Trade Center as revenge for our winning the Revolution.

My, oh my! 2017 is a Blood Moon YEAR! Be ready! Stay Awake! Buy Gold! Find sniper locations in your neighborhoods! Read Southern Orders' bombshells wherever they may fall!

This will be worse than Y2K!