YOURS TRULY WITH CARDINAL TURKSON! I AM THE FIRST “BLOGGER” TO REPORT HIS BIRTHDAY GIFT TO POPE FRANCIS 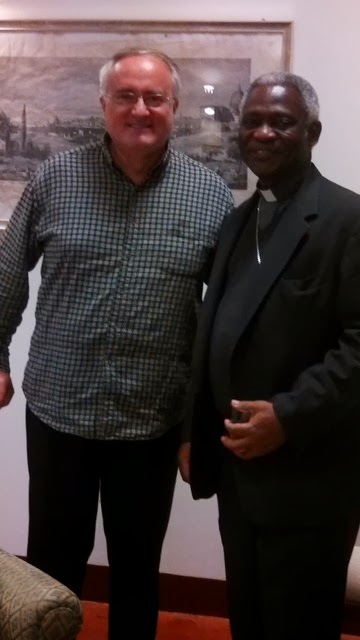 Rocco Palma, a Johnny-come-lately to reporting Cardinal Turkson’s “bombshell” resignation on Pope Francis’ birthday (sounds like a mean gift to the Holy Father, no?), calls it a “bombshell.”
Palma, who, as an Italian, btw, is more hysterical in his reporting of things, than I am, and uses even more Italian syntax for his English writing than I do, but here you have it:

A birthday bombshell on Pope’s 85th, Card Peter Turkson reportedly quits as Prefect of “Super-Dicastery” for social affairs, which Francis created from merger of 4 pontifical councils (and whose migrant section he directly oversees)

Negativity toward Pope Francis was not immediate and abrupt but grew; and it grew with good reason. We no longer have to tell people that "there have been bad popes."

Father, my previous post here was meant for your "negativity" piece. Sorry.

Rocco is insufferable, stopped reading him years ago. I switched to Father Hunwicke’s Mutual Enrichment