IS IT RIGHT TO BLAME EVERYONE ELSE ABOUT THE REASON WHY SO MANY PEOPLE ARE AMBIVALENT IF NOT ANGRY AT POPE FRANCIS? 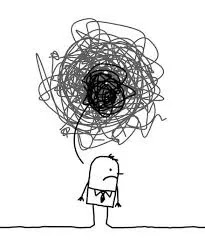 This poll which is a part of a longer article in Crux today is from Argentina, Pope Francis’ native country. This is what it discovered:

I will highlight in red below, some of what contributes to Argentina’s dismal attitude toward Pope Francis. Keep in mind, they knew him when he was the Cardinal Archbishop of Bueno Aires!

According to a 2020 poll by the National Scientific and Technical Research Council (CONICET), nine in ten Argentines affirm that their religiosity did not increase after the election of history’s first pope from the global south. Furthermore, 40 percent of Argentines are “completely indifferent” to the pope, and within this number, 32 percent of those who answered identify as Catholic. And 27 percent of the people think he’s too involved in politics instead of spiritual affairs.

Seeing these numbers, it comes as no surprise that the head of the Argentine bishops’ conference, Bishop Oscar Ojea of San Isidro, believes that two of the six challenges the local church faces for the coming years involve Pope Francis and his magisterium:

Reformatio capitis is indicated but who is to do it? Back to the XV-th century.

When John Paul II returned to his native country he received a rapturous welcome from his compatriots; when Benedict XVI visited Germany after his election they brewed a special beer in his honour. In nine years Francis has not set foot in Argentina, and has no plans to do so.

Interesting to contrast his low approval ratings there with his apparent popularity among practising Catholics elsewhere. Most of them do not read the Catholic press or frequent Catholic blogs, and are blithely unaware of the controversies surrounding this pontificate.

Fascinating footage of Leo XIII. He was the first pope whose portrait, widely reproduced, adorned the living-rooms of English working-class houses. Previous generations of Catholics would not have known what their pope looked like.

It's too easy to get worked up about PF's antics. But he's not the first bad pope nor will he be the last, although I would not have expected two of them to have cropped up in my lifetime. Since 2013 the Oratorian parish I attend has become even more 'traditional' and since I no longer watch papal Masses on YouTube, the decline in standards does not directly impinge on me.

All these little straws on the camel's back. This New Ways thing has me disgusted.