AT MY PARISH’S LISTENING SESSION ON TUESDAY NIGHT, I HEARD NOTHING ABOUT ECCLESIOLOGY OR SYNODALITY OR LITURGICAL ROLES

These listening sessions in the Diocese of Savannah were planned by Bishop Stephen Parkes before Pope Francis asked bishops throughout the world to have them in their dioceses as a part of the synod on the synod. 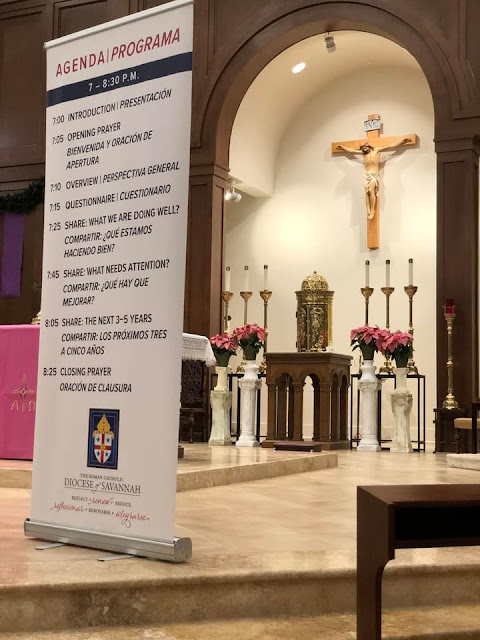 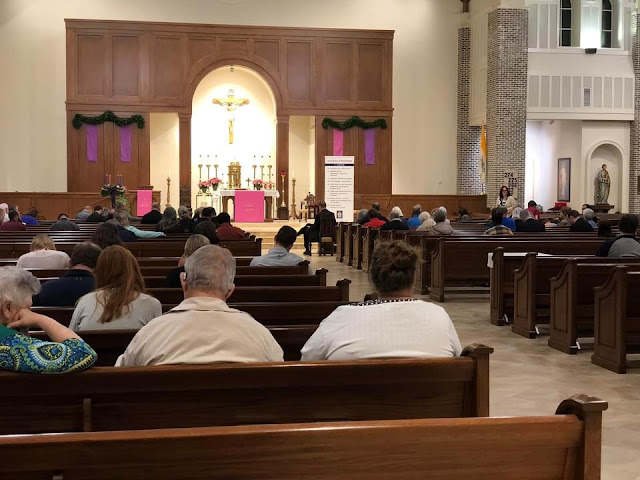 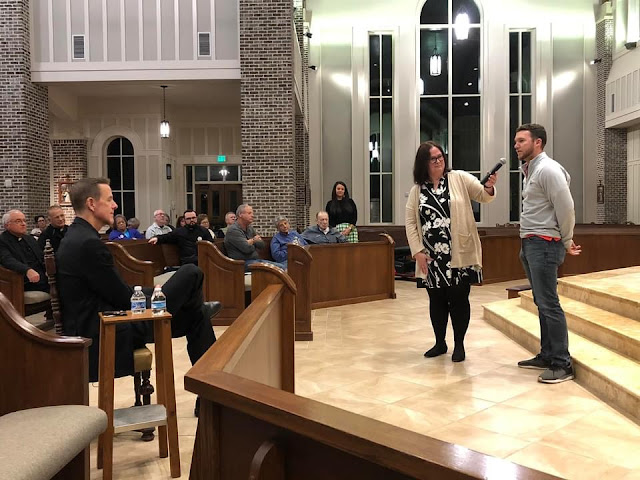 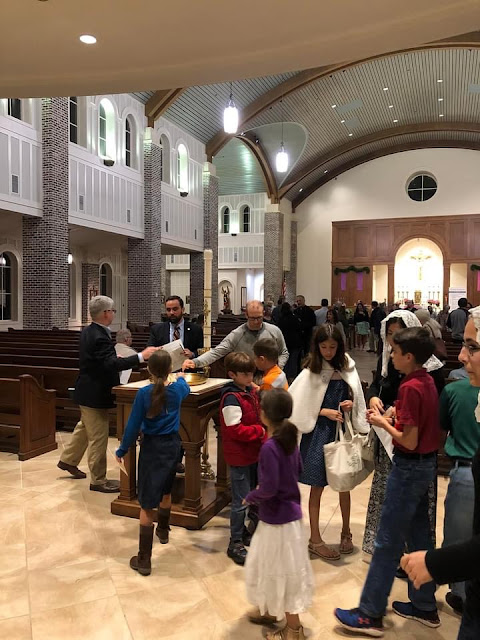 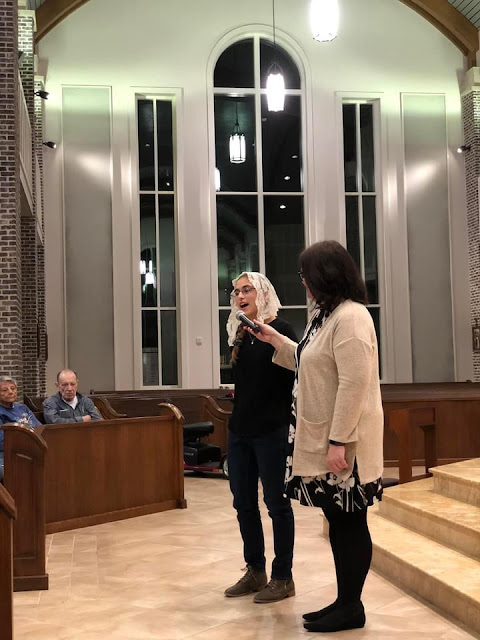 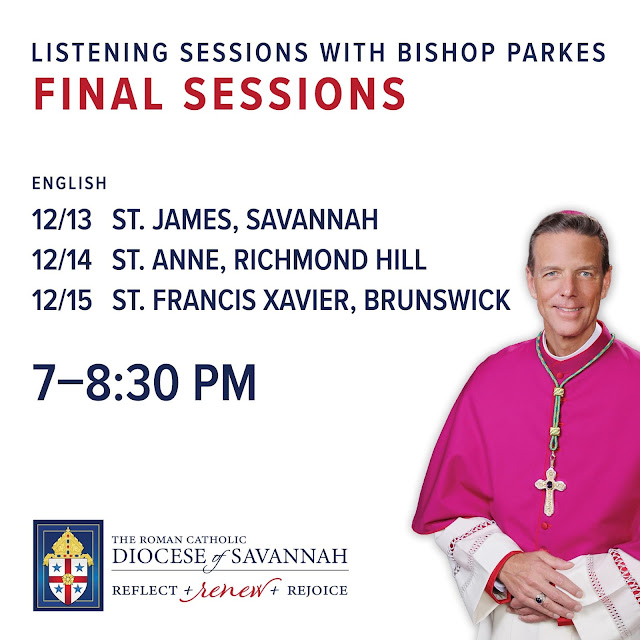 I don’t think that my parish would be unique. But what I did hear was that my parishioners and others who were there want reverent liturgies. They want a strong Catholic identity. They want good religious education and schools that are affordable to enroll their children.

THEY WANT REVERENT LITURGIES and many young people (or at least a few) want the older Latin Mass.

They are concerned about actual participation from another perspective which I have blogged about, Catholics who will actually attend Mass.

A few lamented that their children who went to Catholic schools throughout their primary and secondary education no longer practice the Catholic Faith. They wondered what was lacking in their religious and liturgical formation. Could it be orthodoxy and reverence?????

There were no comments on more lectors, choir members, Eucharistic Ministers and committees galore to get people involved in decision making processes in the parish and church.

These Catholics get it!

I have made an interesting observation with my own children, all under the age of 5. At our normal parish, they are good at mass, likely being part of routine. Usually sitting, but fidgety and messing about from time to time. Sometimes we go to another church, dubbed the “space ship” for obvious architectural reasons. They act horrible there. Talking, messing around, playing in the pews, getting on the floor. When in Savannah, we visited the Cathedral for a Latin mass. We preprepared for the worst, assuming they would be bored and it would be quiet enough they would become a huge distraction. In fact, they sat, asked questions, and looked around quietly. Just an observation, everyone can draw their own conclusions.

"A few lamented that their children who went to Catholic schools throughout their primary and secondary education no longer practice the Catholic Faith. They wondered what was lacking in their religious and liturgical formation. Could it be orthodoxy and reverence?????"

One wonders what these now non-practicing children learned about the practice of the faith in their homes, since the parents are the primary educators of their children. Did they skip mass when on vacation? Did they skip mass when on the road for swimming meets, soccer games, baseball or basketball tournaments? Did the families participate, as families, in parish events and Catholic education?

Or did they expect "Father" and the semi-regular attendance at weekend mass to accomplish all this with little or no input and support at home?

Speaking of affordable education, did these families participate in stewardship of their treasure and teach their children the importance therof?

There are many families who take their responsibility to raise their children in the practice of the faith seriously. But there are not a few who may be though of as derelict in their duties who then, when the results are evident, look for someone else to blame.

The essential problem is that beginning with Vatican Disaster II, the Church STOPPED teaching the essentials of the Faith and why Faith and its sacramental system is important. It was all about love, love, love. I guess these "teachers" of the Faith are not aware that Jews love, Muslims love, Protestants love, hell, even atheists love. Then the Church morphed into being "social justice warriors" and kind of a super NGO. Yet most bishops and priests are continuing along this path to disaster. Priests like Father McDonald get it, but most do not.

In terms of the Mass, why would you continue to go to some banal, pedestrian, and boring liturgy? The big "group hug!" Again, Father McDonald gets it, but most priests do not. Young people want authenticity which is found in the sacred and timeless.

Father, as good as these sessions may be for your Diocese-this is an exception,and not the rule.Where I live, the "we are church "brigade-priests and laity,all badly formed in the 1970s and 80s; cannot understand that "Woodstock" is over and dead.Empty and closed parishes, schools and hospitals,virtually zero vocations(carefully screened to eliminate "traditional catholics("we don't do that anymore")show mute testament to the virtual complete collapse of catechesis in the last 60 years.Perhaps I sound like an angry old man-but the truth sticks!

We dismantled all the symbols of our Catholic culture too, what many would call superficial but it was like a glue--religious in habits, popular devotions; we are the true Church with a unique and unifying liturgy (Latin). All that is gone and for the most part those who still come to Church don't know a thing about the spirituality, culture and witness that nuns in habits gave children in our elementary and high schools.

For me, the nuns were the biggest disappointment. I adored my nun teachers but they went bonkers, off the rails. I look at the Congregation’s website today and it appears they worship Mother Earth rather than Our Lord. They talk about “vibrancy” but they appear to be all in their 70s and 80s and have not had an American sister in years. You reap what you sow.

Possibly because it's the Christmas season is the reason I can actually find a lot of truth in what Father Kavanaugh wrote. Whatever it is, I'm pleased to agree with him. However as a not so attractive woman once said; "It takes a village". In a religious community group effort is important, but I do believe as Father Kavanaugh wrote that the examples the parents give, especially the fathers, are crucial. The statistics are clear on this. A close second are priests who help children and young adults develop a reverence for the Blessed Sacrament. It is a team effort and the message that children get must be consistent and focused on what is truly important.

My bishop would not risk this kind of discovery session. He outlawed Summorum Pontificum in 2017 and would never have the courage and honesty to ask people what they thought about it.

Home schooling families are doing today what Catholic schools and their families did prior to the liberalization of the Faith, watering it down, poor catechesis and a general malaise in terms of the Catholic Church no longer viewed as unique and God's true Church. If you don't believe the Catholic Church is the true Church, that Jesus founded the Church and if you willingly and willfully separate yourself from the true Church, it is a mortal sin jeopardizing your soul, why would anyone remain Catholic?
Just as the Catholic Churches were stripped and wreckovated free of all Catholic paraphernalia, so too did Catholic homes get rid of sacramentals.