MEAL OR SACRIFICE? NOT EITHER/OR BUT BOTH/AND! BUT ARE THESE A SYMBOL OR A SIGN?

EATING AND DRINKING THIS IS NOT A BANQUET OR A MEAL, ALTHOUGH IT COULD BE A "SYMBOL" OR A "SIGN" OF SUCH, BUT A SNACK DOES NOT MAKE A LITERAL MEAL OR BANQUET! 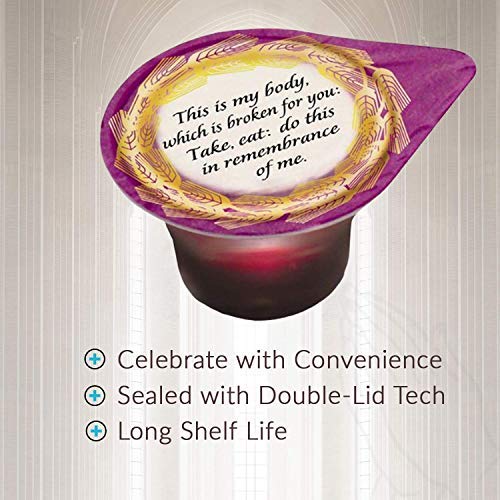 Let me be clear. The Holy Sacrifice of the Mass, by God’s power, brings forward the historic one Sacrifice of Christ on Calvary  to the present (or better yet, in a timeless, eternal way) but in a glorified, beautiful and palatable way. It is a glorified “symbol” of the original Sacrifice or is it a glorified “sign”? Either way it represents that one Sacrifice but not in an off-putting gory, bloody way.

The Sacrificial Banquet is a “symbol” too. Modern liturgists like to call it a “meal” or a “supper” which for me is just too hard to believe. I can’t even call it a snack in good faith. Who thinks a small disc of bread and a sip of wine, if offered, is a meal or a banquet. No one that I know. It is a sample.

Thus the Sacrificial Banquet is not about biological food in any way. It is a symbol of a banquet of heaven. Why? Because What is received is not a What but a Who. Jesus Christ, His glorified and Sacramentally offered “Body, Blood, Soul and Divinity.” It is the Glorified Christ under the appearance  of Bread and Wine. But the food or meal aspect is a symbol. And the “symbolism” of eating and drinking the Body, Blood, Soul and Divinity of Christ has nothing to do with a biological need of our bodies. Food becomes a part of us. But in Christ and receiving Him, He makes us a part of Him.

It is a symbol but also a sacramental faith reality.

The focus should not be on “eating and drinking” but rather on actively receiving the one who incorporates us into His Church which is His Body! He is the Head. But even that is a symbol, no?

A taste of Bread and a sip of Wine does not really make a banquet in the literal sense. That would be biblical fundamentalism or literalism. But receiving Christ whole and complete but in a glorified, symbolically palatable and beautiful sacramental way—that is truly the heavenly Banquet. Kosher?

"Modern liturgists like to call it a “meal” or a “supper” which for me is just too hard to believe."

Among the ancient writers who refer to the Eucharist as food - a meal - are Justin Martyr ((Dialogue with Trypho, 41), Cyprian of Carthage (The Lord's Prayer, 18), Aphraates the Persian Sage (Treatises 12:16), and Gregory of Nyssa (Sermon One on the Resurrection of Christ).

St. Thomas Aquinas also refers to the Eucharist as a banquet: "O sacred banquet at which Christ is consumed,…our soul filled with grace, and our pledge of future glory received."

Understanding the Eucharist as a meal in which we take the food of eternal life is not a "modern" concept.

The Church, in the prayers of the mass, refer to the Eucharist as food as well. For example, the Prayer After Communion from the 6th Week in Ordinary Time: "Having fed upon these heavenly delights, we pray, O Lord, so that we may always long for that food by which we truly live. Through Christ our Lord."

Lex Orandi, Lex Credendi - The prayers the Church gives us to pray express and form what we believe.

The CCC states, "1382 The Mass is at the same time, and inseparably, the sacrificial memorial in which the sacrifice of the cross is perpetuated and the sacred banquet of communion with the Lord's body and blood." This is not the banquet of heaven, but a foretaste, as we all understand.

No, the sacred banquet of the Eucharist does not refer to the "biological need of our bodies." No one ever said that it did. Nonetheless, it is both/and - a Sacred Meal and a Sacred Sacrifice.

None of those or what you quote were literalists and fundamentalist when it come to the Holy Sacrifice of the Mass with its Sacrificial banquet. Thus they did not say the altar has to look like a table in your dining room or kitchen and that it has to be trust into the middle of the nave so everyone can gather around it and feel as though they are sitting at a table no matter how distant they may be from it.

This talk about eating and drinking as though we are at a convivial Thanksgiving Meal or even at the Last Supper where there is all kinds of conversation as the meal is eaten and fellowship to boot, slapping each other on the back, asking for seconds or trading what one does not like for what one does like with the others at the table is pure nonsense and to be CONDEMNED BY THE HIGHEST AUTHORITY LIKE COUSTODES TRADITIONIS!

Also, as Pope Francis has reminded us, the Holy Eucharist is not a reward for saints but Medicine for sinners. Thus are we to make the altar look like a gurney? The church look like a field hospital? The pews to be hospital beds or cots? That's our modern liturgical ethos.

Well, when you get to be the HIGHEST AUTHORITY get back to us. Until then... I'll stick with what the Church says authoritatively, ""1382 The Mass is at the same time, and inseparably, the sacrificial memorial in which the sacrifice of the cross is perpetuated and the sacred banquet of communion with the Lord's body and blood."

Maybe we can inject the Precious Blood into our veins? Maybe the Eucharist should look like a Pill and be swallowed with water?