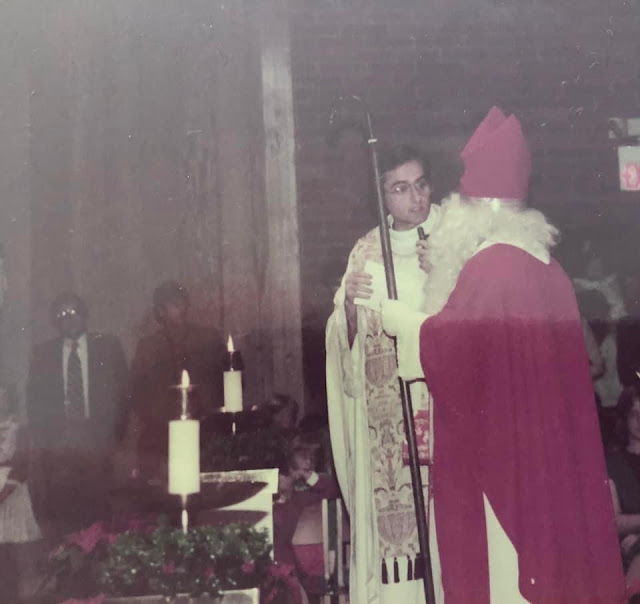 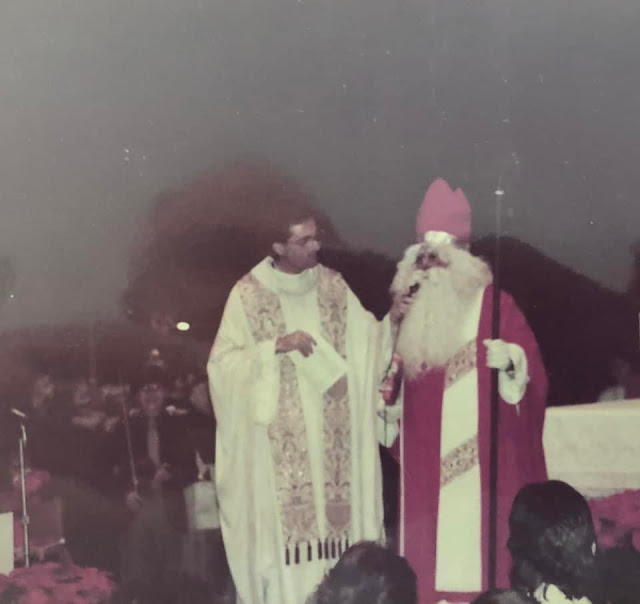 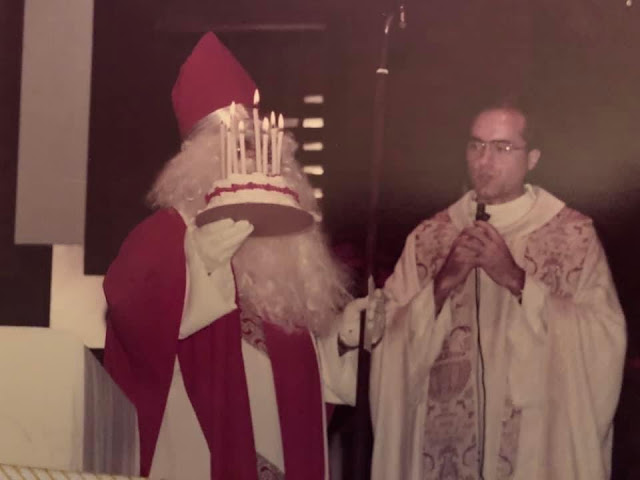 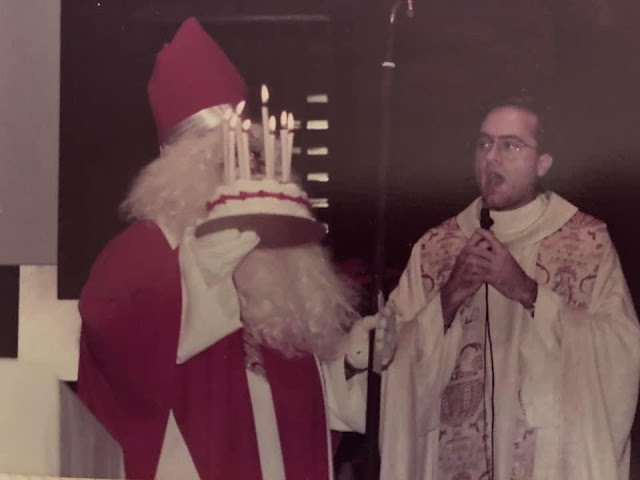 did not make it to "midnight Mass" this year, dairy farming can run long sometimes. our previous two pastors had Santa make an appearance at the end of mass, he stops before the crib and kneels down in adoration for almost a minute, then wishes everyone a Merry Christmas and leaves. Very nice. Don't know how our new pastor will do it, find out at 10:30

Where did your stole actually belong??

In the early 80’s I was a radical. Pope Francis would have canonized me.

Father McDonald, yet you grew up, unlike certain other priests still stuck in that time warp

You were dressed like Father (now Msgr Prothonotary Apostolic) Jimmy Carter who reigned progressive tyranny at St Mary’s, Aiken. He made a coffee table altar and a throne for himself out of the intricately detailed altar rail.

Then he moved to the very ugly Christ Our King in Mt Pleasant. There there’s not much controversy since tradition is preserved next door at Stella Maris where the humble Pastor calls himself “Father” McInerny even though he was titled in the same tidal wave of honors that bestowed “Reverend Monsignor” on at least one outright predator, my then Pastor Fredrick Hopwood, at least one accused child abuser revealed on the 2019 list AND that ultimate cad who was “servicing” the Church and at least one married parishioner. And in this perverted world, a priest who simply discusses a sexual issue with one minor years before ordination MAYBE is publicly shamed and humiliated while living and yet Mr Sam fathers a bastard, breaks up a sacramental marriage and takes up Protestant ministry, sending more souls to perdition. Consider yourself very fortunate. Just before he plunged his last dagger, he’d been on the terna (he thought) for Savannah. He didn’t get it. Praise God! Lucky you!