OH MY! VERY SAD AND I BET THEY WERE TOLD VATICAN II TAUGHT WE MUST DO THIS!

by Shawn Tribe
Before 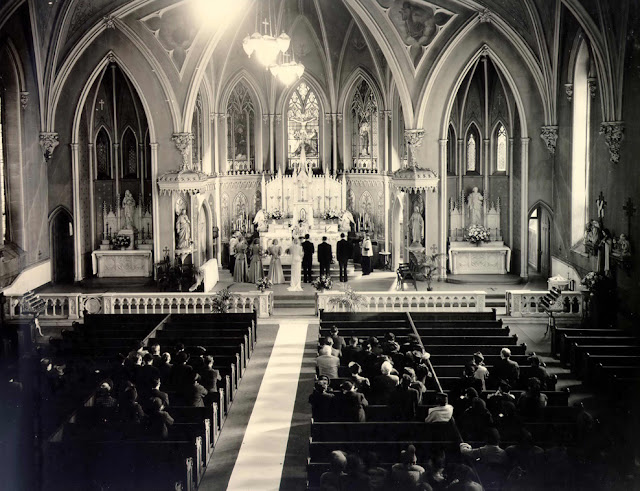 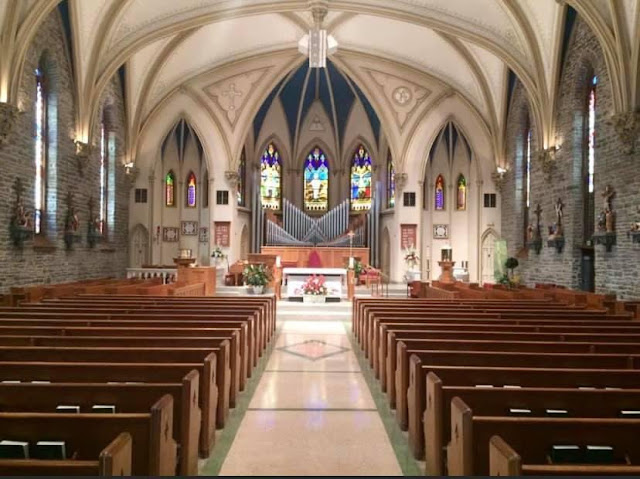 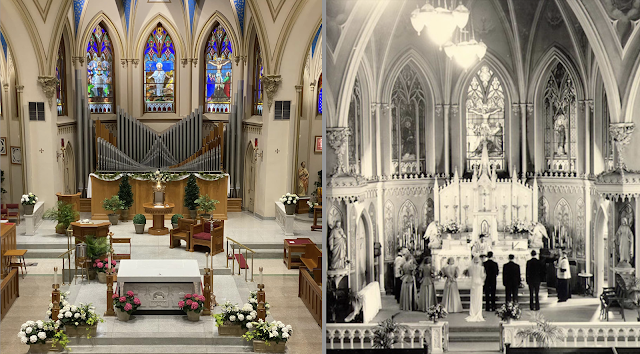 So much clutter has been crammed into that sanctuary. It's a bit of an unfocused mess which is unfortunate when one considers what was there. Even the apse windows were reordered. This ones a shame. Schlock.

That crucifixion window had to be moved, after all the mass now is now "horizontal not vertical". GAG how I hate that phrase.
P.S. loft - organ, one deserves the other. The whole remodel just screams "lets put on a show"
One of our little rural churches hired a new organist a few years back, quite good but he took the job on one condition, the organ console got moved back into the loft. Really a vast improvement!

The parish where my wife and I were married had a piano in the sanctuary are. Like that organ. My uncle made his living playing for parishes and Protestant churches in addition to teaching. He was put off by the piano but only made one comment out of respect to my wife. (He would not have spared me his opinion). The pipes look out of place.

My small country parish had a grand piano in the sanctuary and the organ was disposed of summarily many years ago. Another, “pride of place” casualty.

Then a young pastor arrived: cassock wearing, EF celebrating. Within a year or so the piano was removed and the organ restored, so the pride of place casualty was restored!