WE ALL KNOW THAT HOLLYWOOD AND UNFORTUNATELY THIS INCLUDES DISNEY IS RUN BY SEXUAL DEVIANTS, WRITERS, PRODUCERS AND DIRECTORS AND ACTORS WHO ARE IN ARRESTED DEVELOPMENT WHEN IT COMES TO SEXUALITY AND ACTING IT OUT--WHY HAVE WE GIVEN THESE PEOPLE THE ABILITY TO TWIST OUR CULTURE AND MORALS?

Walt Disney must be turning in his grave! Baby boomers my age and older will fondly remember him each Sunday night on his "Wonderful World of Color". He was such a kindly man and loved showing us his plans for Disneyland and Disney World. 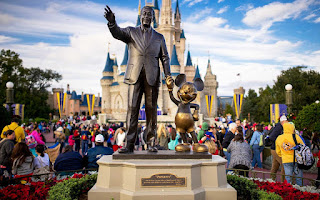 Today, I would recommend pulling the plug on modern Disney and not supporting their theme parks. Disney is how you now spell "betrayal." Sad, indeed!

As a mom of three young kids, I’m careful about what they’re exposed to on television, and I screen the shows they watch to confirm they reflect our family values of respect and courteousness. That’s why my kids are banned from watching the Disney Channel.

The Disney Channel and its spin-off, Disney XD, are no longer “safe spaces” for kids. The kid characters on Disney’s shows are often mouthy and disrespectful to parents and authority figures (who are usually scripted as muddle-headed and embarrassingly square). Even many of the strange animated characters make crass and nasty comments.

Shockingly, both my conservative and liberal parent friends tend to be angered by Disney’s programming. And in the Trump era, moms treasure these rare moments of bipartisan disgust.
Of course, some defend Disney, saying the company is only reflecting our culture and doing what all corporations do by responding to consumer demand. Yet maybe the company should reconsider caving in to the worst impulses of an immature demographic — Disney XD is designed for kids aged 6 to 14.

After all, Disney has another consumer to consider — the wearied parent battling modern culture to instill principles of kindness, politeness and respect of elders. This Sisyphean task is made more difficult when kids get a regular dose of vulgar speech, crude jokes and insolent behavior on a channel designed for kids.

If that isn’t enough, Disney has now decided to throw some sex and gender issues into the mix.
Small-screen shows like “Andi Mack” featured a tween character coming to terms with his own sexuality.

Disney is pushing boundaries even further by attempting to address the transgender issue.
On a recent episode of the Disney XD show “Star vs. the Forces of Evil,” a young boy dresses up as Princess Marco Turdina — get it? Turd-ina — in order to rescue a group of girls from the evil headmistress at St. Olga’s Reform School for Wayward Princesses. Sounds tame, right? Boy rescues girls, how traditional.

But when the boy is revealed to be — gasp! — a boy by the headmistress who reveals he has chest hair under his princess costume, the young girls rally around him and launch into the sort of social-justice lecture one might see playing out on the University of California, Berkeley campus.

The scene begins with the headmistress shouting, “Turdina isn’t a princess. She’s a boy!” To which the girls, responding to such a disgusting display of gender bigotry, offer a chorus of defense for Turdina, shouting down the headmistress with comments like:


“Why does it matter if he’s a boy? Nothing he said was wrong!” “He can be a princess if he wants to!” “Turdina is a state of mind!”

No doubt, Disney writers understood this scene would make parents uncomfortable, but what they didn’t understand is the nature of the discomfort.

Sure, some will be unhappy with the transgender-embracing message, but most will be more concerned that kids are being told it’s OK to shout down an adult.

Is that how we want children acting — shouting down authority figures? Oh, wait, they’re already doing that. Again, just look at our college campuses.

We hear a lot from the left about how corporations have a duty to make the world a better place for all mankind.

In response to activist pressure, most corporations give lavishly to environmental causes.

Corporations are told they must diversify their workforce. As such, most major corporations, both old and new, have initiated a variety of badly managed “Corporate Diversity Programs” that have done nothing more than increase tension in the workforce.

Corporations do these things because the public demands it — and to avoid lawsuits.
When it comes to how parents feel and how most parents want to raise kids, Disney seems to think it has zero responsibility.

That’s not going to change until parents start pushing back — or, you know, start pushing the television’s “off” button when Disney comes on.

Julie Gunlock is a senior fellow at the Independent Women’s Forum.
Posted by Fr. Allan J. McDonald at Saturday, December 09, 2017

I can see the argument now at the gate as St. Peter checks the book for admittance through the Pearly Gates.....

Talk about a parametric: sexual deviants are attracted like moths to children, religious imagery (especially Catholic imagery), and Judy Garland films. Many years ago I took my family to Disney World. Our exerience was freat but the weekend after we left was ‘gay’ event with ‘partners’ dressed in matching t-shirts and shorts filling the park. It was intended to let people adjust to the increased presence and influence of sexual deviancy in the Disney empire. It is now, of course, off the list of activities. That is sad because we had a terrific time.

Last time I went to Disney, English was a second language.

If you want to live in a world without gays, liberals, people of color or people speaking a foreign language, you'll need to pull the plug on more than Disney. Plenty of caves available, though.

Walt is likely rolling over in his grave! My grandchildren don't care much for Disney, which is good

Well most of us are getting sick of the high-handed, totalitarian tactics of the political left, both in and outside of the Church.

Anti-deer hunter propaganda, murderous stepmothers, a prince picking his princess based on the size of her foot, a young single woman living with seven midgets.....

Anonymous (Kavanuagh), well since you like the new perverted Disney, we were just trying to show you the logical end result.