UNDER THE CURRENT MAGISTERIUM, IS THE CHURCH IN THE SAME MALAISE AS THE USA WAS UNDER PRESIDENT JIMMY CARTER, A FELLOW GEORGIAN FROM PEANUTVILLE? 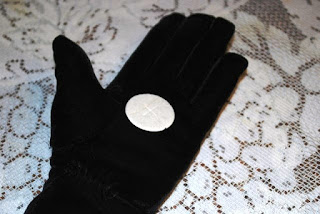 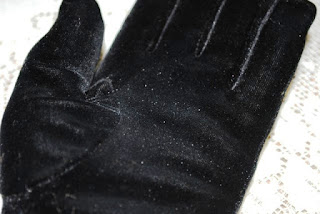 When President Jimmy Carter was president from 1976 to 1980, approximately my liberal seminary years, there was a great depression in the USA, psychological not economically. The so-called energy crisis of that day led the president to warn Americans not to put up Christmas lights as it wasted energy! We couldn't drive faster than 55 miles and hour on a vacant interstate! Cars had to be downsized by order of the government, etc....

Fr. Z asks us to put aside everything else and go to First Things.
They have reprinted a piece written for The Tablet in May 1966… 1966… by Christopher Derrick, a student of CS Lewis and WWII RAF pilot.
He writes … in 1966… of how the fathers of a Vatican III would look back at Vatican II.  Amazing insights. This is the snip I'd like to focus on, my emphasis in red:

Theologically, we shall seem to have gone absurdly far in a Pelagian direction; and all the more so if our descendants have been driven the other way by the grief and pressure of events, and have come to remember that this religion of the Resurrection starts with the Cross, has evil and suffering and death as its raw material, its prime subject-matter. In other and particular matters, great and small, we shall be remembered as a generation that saw only one side of things. We loved “becoming” and hated “being”: We cherished the idea of an emergent and evolutionary Christianity, and looked in some apathy upon the faith once delivered to the saints. We stressed the priesthood of all believers and played down the particularity of order; we indulged a passion of ecumenicism, and hushed up the painful fact that schism and heresy are still sins. We wanted the Church’s outward seeming to reflect the poverty of Christ, never his majesty.
We stressed the spiritual and symbolic, at the expense of gross incarnational fact: Hence, we played down the material element in morality, the ex opere operato aspect of the sacraments, the biological purpose of sex, the concrete burden of the historic Church. We asserted freedom, at the expense of responsibility; we asserted the corporate aspect of worship so overwhelmingly as to suggest that the individual had somehow ceased to carry his own conscience, that prayer and (especially) fasting had become back numbers. We cheerfully asserted the goodness of the world, seldom its taint, its spoiling, its death wish: We were always ready to judge the Church by the world’s standard, reluctant to do the opposite.

My Comments: What no progressive will admit, repent and confess is that the changes that Vatican II began, an opening of Pandora's Box, is what has contributed to the phenomenon of the "nones" we have today occurring in a cumulative way over the generations in terms of the fact that in 1966 about 95% of Catholics were engaged in the Mass to some extent, greater or lesser and today in some places as few as 12% are, meaning 88% of Catholics don't attend Mass regularly!

Why? It has to do with the alienation of strong pre-Vatican II Catholics  after Vatican II's sweeping changes which for many of these Catholics meant they were marginalized and mocked and thus became more and more disengaged and disillusioned and not knowing how to hand on the Faith to their baby-boomer generation (my generation).

My generation did an even worse job of handing on the faith, with coloring book Catholicism and the idea that the sand under our Catholic feet was constantly shifting.

And of course, progressive Catholics after the Council became alienated because once some things in the Church were changed, they thought everything could, like Natural Law!  This Catholics did nothing to hand on the Faith to their children and the spiral continued to this day!

Pope Francis has continued Jimmy Carter's legacy of emphasizing the mundane to the expense of the majesty of heaven to which the Catholic Church has always pointed. His Holiness has stripped the papacy of majesty just as generations before His Holiness did the same to our ornate churches and turned them into Protestant meeting halls with a Protestantized Liturgy. There is no beauty in this and thus with an ecumenical spirit or interfaith spirit Catholics jumped ship and now the nones have gone to the logically conclusion of being secularists and making it up as they go in a political religion of the state, which is no religion.

I don't know what 'meh' means - is it an acronym for 'mihi est haereticus'?

Christopher Derrick published a book in 1969 called 'Trimming the Ark - Catholic Attitudes and the Cult of Change', which expanded on his 1966 article. By 1966 it was obvious what was happening; Catholics like Evelyn Waugh and JRR Tolkien, as well as non-Catholics like Malcolm Muggeridge, drew attention to it.

Also, the destruction of the Liturgy was well advanced. Waugh died in 1966 - his Requiem Mass in Westminster Cathedral was according to the 1962 books, but his son Auberon recounted that there was considerable opposition from the cathedral authorities.