POPE FRANCIS IS AN ENIGMA TO BOTH HETERODOX, ORTHODOX AND "NEOS" OF BOTH GROUPS 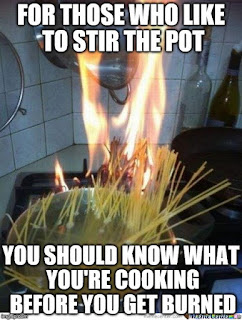 Crux reports the following which I have made soundbites:

Another personnel move that shook things up was Francis decision to not to renew German Cardinal Gerhard Müller as head of the Vatican’s doctrinal office, choosing instead to promote the second-in-command, Spanish Jesuit Archbishop Luis Ladaria Ferrer.

Given that Ladaria is considered as much a theological conservative as Müller, the transition was seen in Rome not as broad ideological statement by Francis, but one about loyalty. Müller, to some extent, had identified himself with the opposition to Francis’ controversial document on the family, Amoris Laetitia, and its cautious opening to Communion for divorced and civilly remarried Catholics, while Ladaria stayed out of the fray.

Pope Francis also furthered his push for decentralization, with the biggest note on this regard being his September amendments to Church law governing liturgical translation, the net effect of which is to shift a considerable share of the power away from the Vatican and to local bishops’ conferences.

This decision put the pope in more-or-less open opposition with his chief liturgist, Cardinal Robert Sarah of Ghana, with the pontiff correcting the prelate after Sarah had stated that Rome would continue to have the final word.

Though some saw the move as a victory for Catholic liberals, particularly thinking of the ongoing German and Italian translations, Francis soon cut in the opposite direction on another contested liturgical issue, siding with his predecessor Benedict XVI by insisting that the proper phrasing in the Mass is that Christ died “for many,” instead of using the phrase “for all.”

My Comments: I suspect what Pope Francis dislikes the most is "celebrity" curia figures who gain a following in their own right. What displeases the Holy Father the most, though, and this would displease any pastor in the world, is when someone who is working for His Holiness seems to be stirring the pot against His Holiness, His Holiness won't put up for it for long.

I think we can say that Cardinals Burke, Mueller and Sarah could be in this category. They are known worldwide.

Others older than me can correct me, but I doubt that in the pre-Vatican II days, that those who worked for the pope in the curia would say the things they say that could be interpreted as the loyal opposition. This is a post-Vatican II trend of another sort of "spirit" of Vatican II. No?

I'm sure there were plenty of nay-sayers under previous popes, some who went very public with their concerns. The current state of affairs within the Holy See has little or nothing to do with being pre- or post-Vatican Two, except for chronology.

The difference now is that there can be instantaneous world-wide communication of their thoughts and words. (A bit of an analogy can be seen in the situation of Luther and the Reformation. Had it not been for Gutenberg's little device, Luther's ideas would possibly have gone - nowhere.)

Bloggers JUMP at the chance to post what they THINK Cardinal You-Know-Who has said in support of their side, while the "other side" does the same with its internet ammunition.

Great photo of Cardinal Burke and all of those "old" people attending the EF. Kind of shoots the progressives narrative.

Up to a point, Lord Copper. Yet Francis has shown himself to be intolerant of contrary views in the Curia. Also, none of his predecessors, even Paul VI, gave rise to suspicions that the pope might be pursuing an agenda which elevates ambiguity and confusion over clear teaching.

Quite simply, we are in an unprecedented situation which was probably anticipated by those who pushed Bergoglio in 2005 and again in 2013. Their agenda is not in doubt, and those of them who are still around might have reasons to rub their hands.

I have no confidence in, nor respect for, Pope Francis. One might hope that Divine Providence may intervene either to convert him or to remove him from the scene. The sooner, the better.

From your mouth to God's ears!

I agree with John Nolan. I can't wait for Mark Thomas' defense of Francis' heterodox. Man before God I guess 8s the new normal in the Church.

Mr Nolan:
It is a good thing that Pope Francis was elected, because through him God is punishing the Church. Vatican II was and is a great failure because the ungodly modernists were able to hijack the Council and force their godless ideologies on the Church. We are seeing the result of that today with so much loss of Faith everywhere, even within the hierarchy of the Church. The spreading division in the Church will purify the chaff from the wheat as more and more faithful and orthodox Catholics see the real nature of this so-called progressivism as exemplified by the modernist ideas of the dying WWII generation of which Francis is a member.

*On a side issue, it looks like reCAPTCHA for your blog no longer supports my browser (Pale Moon- a derivative of Firefox but without its "g

Please don't encourage MT to punish us with his nonsensical and sycophantic rants. After all it's Christmastime

One can "prove" that Pope Venerable Pius XII was a "liberal."

-- Pope Venerable Pius XII insisted (when he reformed fasting practices) that the Church must adapt Her ways to modern society.

-- Pope Venerable Pius XII declared that in the advancement of world peace, each country must surrender armaments to the United Nations Organization.

Conversely, here is "proof" that Pope Pius XII was a traditionalist:

Pope Saint John XXIII can be portrayed as a "liberal" or "traditionalist."

Pope Benedict XVI was unrelenting in his promotion of Vatican II, as well as the Novus Ordo. Pope Benedict resigned the Papacy.

Did Pope Benedict XVI govern the Church as a liberal or conservative?

It is all nonsense as the above Popes, along with Pope Francis, were/are Catholics. They were/are men of God. They worshiped God. God empowered them to teach, govern, and sanctify His Holy People.

So be it should a person wish to focus his time and energy upon Church politics. I wish simply to worship God. I desire to remain in communion with Holy Mother Church.

God has commanded me to submit to His Pope — Pope Francis. That is good enough for me.

Uh oh, TJM - it's not Christmastime...it's Advent. Won't be Christmastime for another 6 days.
(We all succumb, I think, to the secular world around us. It's pervasive!)

Mark Thomas has surfaced with his bilge

MT might like to consider Pope Urban VI (1378-1389). He had a reputation for piety and frugality. However, it soon transpired that he had a nasty temper. One of his first acts was to give the Curia a dressing-down in no uncertain terms. When six cardinals opposed him, he had them arrested, tortured, and with one exception (Adam Easton, an Englishman) subsequently murdered. Many contemporaries believed him to be mentally unstable. His reign marked the beginning of the Great Schism which lasted until 1415.

Of course, I'm not suggesting that there are any parallels between Urban and our beloved Pope Francis, who is obviously the choice of the Holy Ghost, not the St Gallen mafia. Surely Meisner and Caffarra both died of natural causes, so there is no need for Burke and Brandmüller to take out extra life insurance ...

Sarah is not from Ghana, but from Guinea. I guess all Africans are alike, which is why they should not tell us too much what we have to do.

I had to do a double-take when I read that Sarah had been appointed Bishop of London (surely an Anglican see?)

However, I soon found out that the bishop-elect in question is Dame Sarah Mullally, a former civil servant. London is a bastion of religious conservatism and this appointment is great news for the Ordinariate.

Vincent, Cardinal Nichols, whose archdiocese overlaps that of the new bishopess was quick to congratulate her and will no doubt attend her consecration or installation, attired in cardinalatial choir dress.

A bit like attending a same-sex marriage. It is equally non-sacramental, but attendance relays a certain message.

Cosying up to the Anglican establishment has been a key feature of the Catholic scene since the appointment of Basil Hume as Archbishop of Westminster in 1976. The ordination of women as priests and then bishops is seen as an internal matter for the CofE about which it would be inappropriate to comment. Above all it cannot be allowed to get in the way of 'ecumenism'.

The first woman bishop was 'ordained' in January 2015 as the suffragan bishop of Stockport. The Guardian newspaper remarked on the absence of an official Catholic presence at the ceremony (in York Minster). However, when the next woman was appointed (to the see of Gloucester) the local Catholic bishop was in attendance. And, of course, we have seen Pope Francis hobnobbing with Lutheran bishopesses.

Nichols is not a 'left-wing loon' but has not shone in his post. When interviewed in the media on issues such as homosexuality he does not even state what the Church's teaching is, let alone defend it. Yet he was once reckoned to be media-savvy.

Well, if he adopts the political correctness of the secular world, he fits my definition of left-wing loon. He certainly isn't right-wing.

Ecumenism is highly over-rated and a religious dead end. There is no common ground. I am not sure most Anglicans believe in the divinity of Christ anymore.

When Prince Harry announced his engagement, Nichols offered to pray for the couple 'as they prepare for their lifelong commitment to marriage'. It seems to have eluded his Eminence that Meghan Markle had already made 'a lifelong commitment' and reneged on it, and the House of Windsor in recent decades has a poor track record when it comes to keeping marriage vows.

In 2005 Harry's father, when marrying a divorcee, had to make do with a register office wedding. However, the present Abp of Canterbury is happy to marry them. I don't know if ++Vin is on the guest list, but I don't see him turning down the invitation.

Still, I don't think he's lining his pockets. Given that Maradiaga is Latin American, it would be more of a shock to discover he was NOT corrupt. Perhaps he's distributing his ill-gotten gains amongst the poor, like a latter-day Robin Hood. After all, a 'poor Church' can sympathize with the poor, but can do little to help them materially.

Alas, you confirmed that Nichols is a lefty, a boob, and an apostate. I grieve for the Catholics of England. Where is a modern day John Fisher to speak truth to power?

Sounds like Maradiaga is a Peronist, taking care of himself first and then showing faux concern for the poor.

If fairness to the English Catholic Church, in the US we have our resident lefty in Chicago, Archbishop Cupich, a nasty piece who is an intellectual featherweight - par for the course with Francis style appointments.