YET AGAIN REDEFINING THE PRIESTHOOD ACCORDING TO A 1970'S MENTALITY ABOUT IT, ISN'T THE ANSWER! 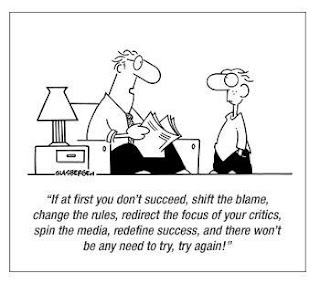 The National Catholic Reporter (aka, National Chismatic Reporter or NCR) has an article on the horrible sexual abuse scandal in Australia and its progressive new Bishop's take on what this clericalism is.

You can read the full article there by pressing the title:

Here are a couple of soundbites (readbites?):

(Bishop Vincent) suggested they look to the example of Pope Francis as a vision of priesthood based on a servant, not an authoritarian, model.

After Francis was elected, he eschewed the usual papal trappings and asked for the gathered crowd to pray for him at St. Peter's Square. That gesture, said Long, "was truly the prophetic sign of the century."

"The ground under our feet has shifted," said Long. "There needs to be an attitudinal change at every level, a conversion of mind and heart that conforms us to the spirit of the Gospel, a new wine in new wineskins, not a merely cosmetic change or worse, a retreat into restorationism."

"The new wine of God's unconditional love, boundless mercy, radical inclusivity and equality needs to be poured into new wineskins of humility, mutuality, compassion and powerlessness. The old wineskins of triumphalism, authoritarianism and supremacy, abetted by clerical power, superiority, and rigidity, are breaking," he said.

I do believe that clericalism has a major role in the scandals in the Church related to bishops and priests. It has nothing to do with the trappings of the priesthood but rather lack of transparency when crimes were committed.

While sexual abuse of minors is a scourge experienced in all professions and family life, it seems that the loss of priestly identity following the Second Vatican Council accelerated homosexual acting out with teenagers which peaked, according to the John Jay Study, in 1974.  Loss of not only priestly identity, but Catholic identity led to the increase.

The bottom line, though, is how these cases were handled by the Church, which was completely inadequate and devastating.

I would say the loss of priestly trappings contributed to the loss of identity and the acting out that accelerated after the council.

I can remember well, our now deceased retired bishop, Bishop Raymond Lessard, telling us priests in the 1980's that the loss of priestly majesty has contributed to so many problems in the priesthood. When priests see no distinction between themselves and those they serve, things happen and not always good things as the good young bishop from Australia seems to think.

Australia is going through what the USA and Canada went through in the 1990's and 2000's. There are no easy answers to this problem other than how bishops handled these cases. Zero tolerance, openness and reporting crimes to legal authorities is the solution, not an ongoing loss of priestly identity a la 1970's!
Posted by Fr. Allan J. McDonald at Wednesday, December 13, 2017

When Cardinal Gerhard Muller tried to dialogue with Pope Francis by asking him why he (Francis) decided to remove priests from Muller’s staff without a reason, Francis responded “I am the pope and I don’t have to give a reason. I said they must go. And they must go”. That is a blatant example of clericalism. This from a pope who judges and condemns faithful Catholics all the while accusing them of being uncharitable and judge mental. This behaviour from Francis cannot be allowed to continue unchallenged any longer. Francis is splitting the Church.

To his face and in public the cardinals need to confront this man and challenge him on everything he is doing before it is to late.

A few years ago during that phony synod when the bishops were going to get up and leave in protest of Francis’ manipulation (this was stopped by an intervention of Benedict and Muller) would have sent a message to Francis that Catholic Doctrine is not up for grabs and that Francis has no authority to replace the words of Christ or the teachings of the Church with his own personal opinions.

Another opportunity that was missed was when Francis condemned the members of the Curia during his Christmas speech. They just sat there and let him do it. Had they got up as a group and walked out it would have shown that they can’t be bullied. But they didn’t. They sat there and took it. Not out of charity or loyalty or prudence, but because they know who butters their bread.

Now the bishops of Poland have an opportunity to publicly uphold the words of Christ and the teaching of the Church and publicly state that no practicing adulterer can receive Holy Communion without amendment of life and sacramental confession and that no one, not even a pope has the authority to state otherwise. What is Francis going to do, remove every bishop in Poland? He will ignore them, change canon law and let his henchmen do his dirty work. But at least the bishops would have done their duty in defending the Faith and shepherding souls clearly and faithfully. But it won’t happen. They will give in, probably by silence.

Are there no bishops in the Church with a backbone and an ounce Faith? Forget about Burke, he is doing nothing. Somebody for God’s sake DO SOMETHING about that man.!

The Australian bishop has drunk the koolaide. There is a difference between being authoritarian and authoritative. Clericalism is tied to authoritarianism and a pope, bishop or priest in shorts and flip flops could be the most clerical of all clericalism.

So true. My former pastor who was extremely "liberal" but was more dictatorial than any pre-Vatican II monsignor I encountered.

I've said this before, Vatican II or a particular interpretation of Vatican II, was shoved down the throats of rank and file clergy and laity by progressives in the most authoritarian, not authoritative, and pre-Vatican II way possible.