OKAY SCRIPTURE SCHOLARS, DO WE JUST HAVE A BAD TRANSLATION OF THE ORIGINAL LANGUAGE OF SCRIPTURE FROM WHICH WE HAVE DEVELOPED THE PATER NOSTER OR IS POPE FRANCIS WRONG IN WANTING TO CHANGE IT??????? 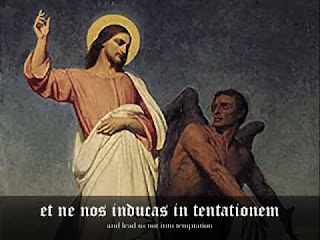 I presume that Pope Francis is technically correct, but English speaking Christians, for the most part, Catholic, Protestant and I presume Orthodox know the same Lord's Prayer. Oddly enough the only Prayer in the English Mass that uses Old English, is the Lord's Prayer because of the familiarity that all Christians have with it.

And Latin scholars, has  Et ne nos inducas in tentationem been erroneously translated into English which all Catholics have prayed for centuries in the vernacular and with the Holy Rosary??????


So is Pope Francis being too arrogant (not humble) too academic, too scrupulous and too unecumenical? I ask; you answer!


Pope Francis wants to change line of 'Our Father'

Pope Francis has suggested he wants to make a change to The Lord's Prayer, widely known among the faithful as the “Our Father.” Specifically, the Catholic leader said in an interview Wednesday he would prefer to adjust the phrase “lead us not into temptation,” saying that it too strongly suggested that God leads people to sin. “That is not a good translation,” the pope said, according to Reuters. The phrase “do not let us fall into temptation,” which the Catholic Church in France has previously decided to use, would be a more appropriate alternative, Francis said. He added that the phrase used by the French, or similar wording, should then be implemented around the globe. The prayer originated ... 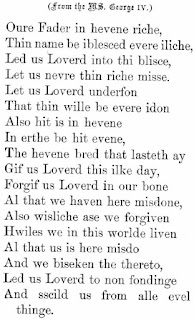 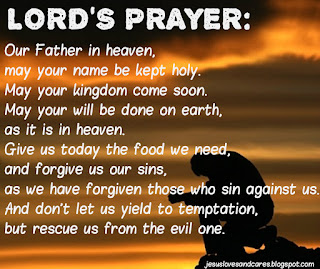 The suggestion that the pope can change the Our Father is blasphemy. I think he's just trying to see how far he can go before someone of significance actually stands up to him. Anyway...

Since you asked, Orthodox tend to use a slightly different translation, but generally understand both to be correct. The difference is not with the line the pope wants to change. Here's a common Orthodox version, taken from my prayer book from Holy Transfiguration Monastery, which substantially mirrors the Russian version from the very common Jordanville Prayer Book:

Our Father, which art in the heavens, hallowed be thy name. Thy kingdom come. Thy will be done on earth as it is in heaven. Give us this day our daily bread. And forgive us our debts as we forgive our debtors. And lead us not into temptation by deliver us from the evil one.

I think it is angood discussion. From my poor Latin education I would have used the word ‘allow’ in that we plead not to be allowed to be inducted into a sinful life.

“..and not allow us to be led into sin”. This is petty much a persistent theme in the Psalms, too.

Oh, and I think our English translation was influenced by early Protestant versions that also throw in the doxology at the end whenever they attend a Mass. 😬

This from a guy who says practicing adulterers can go to communion. I now longer trust or care what he says or does.

Francis is not qualified to pronounce on all the translations of the Our Father. Nor can he alter the original Greek. Should he wish to create a new Latin version, he is at liberty to do so, but we are also entitled to decline to use it, citing immemorial custom.

This has been kicking around for decades. The Anglicans cam up with 'Do not bring us to the time of trial' which conjures up visions of the Old Bailey.

"Oh, and I think our English translation was influenced by early Protestant versions that also throw in the doxology at the end whenever they attend a Mass."

It has nothing to do with Protestants and is always used in the Eastern Rites, where the priest concludes the people's recitation of the Our Father with: "For Thine is the kingdom and the power and the glory of the Father and of the Son and of the Holy Spirit, now and ever and unto the ages of ages. Amen."

Marc, good point. It is included, as you know, in the Mass just not as seamlessly in the proper body of the Prayer. I just noticed that whenever there is a NO wedding the Protestants in attendence always continue with the doxology at the end. It is my understanding that the English version of the Pater Noster has been a discussion item for a long time but that we stick with this one out of habit.

This Pope has no theological understanding whatsoever. He is arrogant, presumptuous, and off the rails. Marc is correct in his comments about the doxology...it has never had anything to do with protestantism. But, back to old Frankie, to even discuss changing the wording, we would have to consider several theological issues...the perfect and permissive will of God, the Doctrine of the Atonement, the freedom of the will...and that is just for starters. Maybe it is better to assume that Christ knew what he was talking about when he told us how to pray...sheesh!!

Drawing upon my (now rather rusty) seven years of High School Latin, the line in question does indeed seem to translate into the current English version. On its face this language has always seemed problematic, because its apparent meaning seems counter-intuitive, if not simply wrong. Of course, Gene quite rightly suggests that we must look beyond this reaction and consider any assumed theological premises. This said, I assume that the Pater Noster Latin text is derived from the Vulgate. Is this correct? Anyway, what do scholars say about the texts that are likely “closest” to the actual words of Jesus (according to chronological and/or functional criteria)? Presumably, these are Greek texts.

"I presume that Pope Francis is technically correct"

Why on earth would you? Not familiar with his track record with these daily gems?

The line in question seems to me to be conveying the desire not to be subjected to something of a test, such as Job was subjected to, lest the test be too great for us, and we be defeated by the enemy of our souls. In my mind that thought is continued in the next line as well, which prays that instead of a test, we be delivered from evil.

I don't think the understanding of the meaning of the line is too hard. However, instead of changing it, perhaps the Holy Father could offer some good homilies regarding its meaning.

Maybe we should start reciting or singing it in Latin. I understand that the current English version was a Cranmer translation (please correct me if I am wrong) and I understand it was hotly debated when the crappy English translations came out under the principle of Comme le Prevoit to leave the Pater alone for "pastoral reasons." When you think about it, that rationale is a howler considering all of the damage they did to the Mass. Yes, it was really "pastoral."

It should be said in Latin and just avoid the translation mess altogether. It never seems to end this Vatican II Philosophy of "change".... Doesn't the Pope have better things to do with his time ? English is not even his native language.... Just leave it alone...

'Ne nos inducas' is a jussive subjunctive, and 'lead us not' is an accurate translation, although that particular negative construction is rare in modern English, which prefers 'do not lead us'.

Scholars inform us that the Greek is less precise. This should not surprise us, since Latin is a more precise language. But St Jerome was writing in late Classical times when New Testament Greek was not a subject for scholarly study, but a living language. His Latin translation would have been based on his clear understanding of the meaning of the Greek phrase.

Interestingly, he translates the unusual Greek word 'epiousion' as 'supersubstantialem' in Matthew and 'quotidianum' in Luke. 'Give us this day our supersubstantial bread' suggests more than 'daily bread'.

John reminds me of an important point with the 'supersubstantialem'. it does indeed imply something more than being happy with a mere daily ration. The concern of being led into temptation is reprised later, also in Luke, when Christ ask His Father to take the cup from Him. Of course He did it anyway, He was going to do it, and planned to do it all along. God demanded something terrible of His own Son, who asked to not be led into it. But the Plan, is the Plan, and God the Father Almighty sees Goodness through even the worst of times.