CLARITY AT LAST OR IS IT, ALAS? 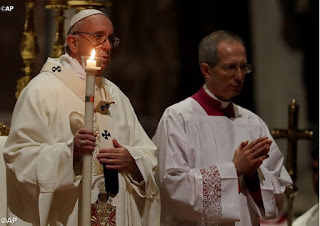 You can read the entire article here: The Pope’s Endorsement of Argentina’s Amoris Guidelines: What It Means

This is but an excerpt from the entire article and the part concerning the former prefect for the Congregation of the Doctrine of the Faith, Cardinal Müller:
VATICAN CITY — Pope Francis’ recent decision to formally declare the Buenos Aires bishops’ interpretation of Amoris Laetitia “authentic magisterium” is the “correct” and “balanced” way to deal with the issue, a senior Vatican canonist has said, but Cardinal Gerhard Müller is uneasy with some aspects of the move.

In his comments to the Register Dec. 6, Cardinal Müller, who served as prefect of the Congregation for the Doctrine of the Faith until his five-year term expired in early July, expressed unease with the Pope calling a bishops’ document “authentic magisterium” of the Church.

Cardinal Müller — who said he had learned about the Pope’s decision “through the media” — believes the Holy Father justified this in the context of Lumen Gentium, No. 25, which states that bishops can proclaim doctrine infallibly on faith and morals if there is “the bond of communion among themselves and with the successor of Peter” and if the one position is to be “definitively” held. If this is the case, Cardinal Müller added that, according to Lumen Gentium, every Catholic must submit their “mind and will” to the “authentic magisterium” of the Pope, even if the teaching is not ex cathedra.

But he stressed that Footnote 351 of Amoris Laetitia, which some respected theologians say contradicts past doctrine and which opens the door to the reception of the Eucharist for some remarried divorcees who are not living in continence, “does not claim to present an infallible pastoral decision in individual cases.” He said it is therefore “all the more disturbing that an individual letter from a pastoral region anywhere in the world is credited with an authentic and almost infallible teaching authority, and which in addition is confirmed as almost infallible.”

He further underscored that “bishops of any pastoral region do not exercise any infallible magisterium, and certainly their pastoral guidelines do not oblige all the faithful of the world to accept this interpretation of Footnote 351 as divinely necessary for salvation and accepted Catholic belief.”

The German cardinal said the Pope can make such binding statements with ex cathedra pronouncements (an infallible teaching that is contained in Revelation), but he cannot “submit his personal view of things for others to believe, or force their acceptance with canonical punishments, which they must unconditionally accept for the eternal salvation of their souls.”

He said the magisterium “teaches nothing other than what is contained in Revelation,” and the “word of Jesus on marriage and adultery and the impossibility of a second marriage during the lifetime of the legitimate spouse is the norm of all pastoral and pastoral action of the Church.”

Cardinal Müller noted that neither the bishops nor the Pope “can authentically or infallibly submit to the Church and to all the faithful a doctrine, which they would have to accept for salvation, that contradicts the teachings of Christ and the apostles and the dogmatic decisions of the previous magisterium.”

“Communion can only lawfully and fruitfully be received by a Catholic who is in the state of sanctifying grace,” he said. “Those who need forgiveness for a grave sin of adultery must first recognize and confess their sins and have the firm intention to sin no more and to avoid the opportunity to sin.”

Quoting from Dei Verbum, the Second Vatican Council dogmatic constitution on Divine Revelation, he said the magisterium “is not above the word of God, but serves it, teaching only what has been handed on, listening to it devoutly, guarding it scrupulously and explaining it faithfully in accord with a divine commission and with the help of the Holy Spirit.”

But Cardinal Müller welcomed Amoris Laetitia for dealing with the question of “how to sensitively bring those Catholics who, in addition to their sacramental marriage, are living together with another partner into close relationship with the Church, and how, before God, with the help of the grace of Christ, their living situation can be regulated.”

As with Pope Francis, he believes people should “not be abruptly confronted with the commandments of God,” but in the “spirit of the Good Shepherd, the priest is to help them recognize their situation before God and lead them, in the light of the Gospel, to the path of following the crucified and risen Lord.”

"the phrase which Blessed John Henry Newman used in the context of the Arian controversy, in which the great majority of the Bishops, the Ecclesia docens, and including the Successor of S Peter, were either heretics, or were cowed into silence or compromise by the heretics. . . . Surely, we are in another such period of suspense now. . . . The Suspense will end when this or a subsequent Roman Pontiff or an Ecumenical Council reasserts with unmistakeable clarity the teaching of the Magisterium (or possibly when the error, having run its course, happily dies a natural death)."