THE ONLY COMPLAINTS THAT I HAVE HEARD ABOUT ANY TRANSLATION OF THE MASS, 1970 OR 2010 ARE PRIESTS WHO TRANSLATE THE ENGLISH TEXT INTO THEIR OWN WORDS! 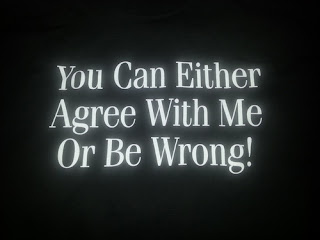 I have never had more than one or two observations from parishioners about the English translation of the Mass in either of the two English translation Roman Missals I have used since I was ordained in 1980. The complaints that I have received, and this was closer to the time that I was ordained when there were still so many living who missed the Latin Mass, concerned the loss of Latin.

But over the years, I have heard too many complaints to number, about priests who take liberties to re-translate the English text into their own words. And yes, there were those silly women religious in the congregation who would emasculate masculine pronouns for God in the laity's responses loud enough for all to hear and in the process disturb the peace of the Mass.

There is, as far as I know, only one place the priest can use "in these or similar words" and that is for the introduction of the Penitential Rite.

Thus while there are those on the left who are chomping at the bit to get yet again another revised English Mass with dumbed down words so the stupid laity can comprehend things, there are others telling us that there isn't too much to worry about because apart from how Rome recognizes or approves translations there isn't too much different between Liturgiam Authenticum and Pope Francis' new law on translations. In fact, in terms of the priestly prayers of the new and glorious English translation, Liturgiam Authenticum wasn't actually followed, so some tweaking is needed for proper English syntax and punctuation, but not much more.

You can read a long article on that by Bishop Brian Dunn, simply press the title :

But my question remains, when will there be a motu proprio on forbidding priests from their own personal translations of the Mass?

What a wonderful Christmas gift that would be!
Posted by Fr. Allan J. McDonald at Sunday, December 24, 2017

my pastor is still taking liberties and saying "The Lord IS with you!" at the end of every Mass. When he first got here I respectfully mentioned this to him as a departure from the Missal text and he has ignored me . .

You have to wonder whether it was not similar with the Latin Mass before the Council. You may have had some dissatisfaction here and there, but the main source of the complaining was from the ivory tower inhabitants who had their own pet theories about what the liturgy was, and were willing to fight to see them through.

Your pastor is engaging in serious sin and is violating the mandate of Vatican II. he is also a major league jackass. I would record him and play it for the bishop. The little worm will squirm then.

TJM,
"I would record him and play it for the bishop." If I thought it would do any good I might consider doing just that. One of the reasons I haven't done so is that other people have written the bishop about things that he does only to have those letters boomeranged back to the pastor which results in the complainant/writer being on the pastor's list of disfavored persons and no action is taken by the bishop.

Given that pattern, I just vent it on forums like this one!

So stick with the Latin and avoid needless quarrels.

John Nolan,
Good point. That's one of the problems with a vernacularized liturgy. I seriously doubt very many priests have taken liberties with the wording of the Latin liturgy!

Is it not in the words of the 2nd vatican disaster that a priest or bishop does not have the authority to change the texts...oops thats too rigid in the age of mercy..,i forget, silly me.

John Nolan,
'Getting ready for our (early) Christmas vigil Mass. Again, your linguistic point is well taken but I think you and I both would have a problem if we heard a priest, at the end of an EF or Latin NO Mass, give a final greeting of "Dominus EST vobiscum"! My point was that the priest should stick to the ritual words that are prescribed by the Church and are contained in the Missal, whether Latin EF or OF (whether vernacular or Latin).

The priests, assuming they know better but do not care, are no better Catholics than Martin Luther was.

There is a parish nearby that has "bilingual" Masses in English AND Spanish. They put one part in English, the next part in Spanish, then the priest preaches a homily, one in English, then preaches in Spanish. IT IS AS ANNOYING AS CAN BE! The worst part is the Our Father, because everyone prays it at the same time in their own language. It is a babbling nightmare.

On the Feast of the Immaculate Conception, I wanted to attend Mass, and their vigil was the only Mass I could attend, so I drove out. It was dark and I got lost. I finally found the Church and was over 45 minutes late for Mass. I walked in, hoping that I might at least be able to receive Communion. THEY HADN'T EVEN STARTED THE EUCHARISTIC PRAYER YET! AFTER MORE THAN 45 MINUTES!

I almost feel like it was Divine Providence that I got lost, because if I had to endure all of that silliness passing for "good liturgy", I would have been boiling with frustration by the time the Eucharistic Prayer was starting.

This stuff HAS to come to an end some time. I actually suggested to the priest some time ago that Latin would be the great equalizer to solve his dilemma. He looked at me as if I was crazy. I guess he thinks having his congregation split into 2 linguistic factions, babbling dissonantly like an angry rabble is not a problem. I honestly don't know how anyone can stand regularly attending Mass at such a church.

No body is pleased by this bi-lingual Masses and yes, Latin would be the great equalizer! If we lived in pre-Vatican II times I could go to China and instantly celebrate Mass which the Chinese would think was exactly like their Chinese Priest's Mass!

In the Byzantine Catholic Church, say the black/do the red does not seem to be a problem. Consistency everywhere I go. I will never understand the trailblazing that so many Roman priests feel is necessary in the pursuit of 'vibrancy'.

Yes, Later n is a great equalizer. Let's use a language no one has n the congregation speaks or understand, so we will all be equally ignorant. OH! They can follow along in their handy dsndy hand missals. They can do that now without the imposition of Latin.

I doubt that anyone could match you when it comes to ignorance. You can't even post in English.

Anonymous @ 9:44 PM is apparently a priest, since he reveals his blissful ignorance of life in the pews when he says,

"They can follow along in their handy dsndy hand missals. They can do that now without the imposition of Latin."

In attending a daily vernacular Mass for many years, I found it categorically impossible to actually pray the Mass--uniting myself with the celebrant in his priestly prayers a la Pius X--with or without a hand missal. When confronted with a priest facing me and droning on in a hypnotic voice that can induce couch-potato mode even in the most prayerfully inclined--hence the prevalence of the 30-yard stares in the congregation one sees if he distractedly glances around at the typical parish OF Sunday Mass.

That is, until I started lugging my 3450-page CTS Latin-English OF daily hand missal to weekday Mass, and following the Latin silently as the priest prays aloud in English. Just as I frequently follow the English in my hand missal at a Latin EF Mass.

At any rate, not one with a fully Catholic formation. Either that, or one with such a mediocre intellect that he's unable to express his arguments cogently.