POPE FRANCIS IS SIMPLY WRONG TO PARAPHRASE THE PATER NOSTER AND PRAYTELL, YES, PRAYTELL! BACKS ME UP


I have been wracking my brains trying to remember what our Scripture theologians taught us in the seminary about the Lord's Prayer and the "Lead us not into temptation" part of it. As I recall, temptation can also be rendered "test" and yes, God tests our faith to make it stronger or to see how we will use our free will.

But here is the Praytell article which I hope Pope Francis reads. I think Cardinal Mueller is right about Pope Francis' lack of theological precision and need for theologians to assist His Holiness: 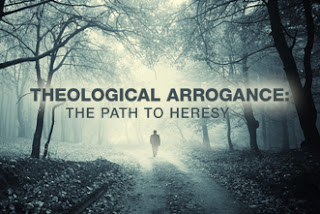 German Bible Scholar Defends “And lead us not into temptation”

December 8, 2017
Professor Dr. Thomas Söding of the University of Bochum holds that line in the Lord’s Prayer translated as “And lead us not into temptation” should not be changed.

In an interview with DomRadio of the Archdiocese of Cologne, Söding said that this is the correct translation of the Greek text of the New Testament – and “if one wishes to change something here, one should fundamentally change something in the entire Jesus tradition of the New Testament.”
He says that the change recently approved by the French Catholic bishops, “let us not fall into temptation,” is not a translation but a paraphrase. The previous French translation, “subjugate us not to temptation,” gave “a brutal image of God,” but the most recent change is “too much of a good thing.”

Referring to the prayer of Jesus, “not my will, but yours be done,” Söding understands the meaning of the difficult line in the Lord’s Prayer to be this:


When one prayers “Lead us not into temptation,” … this is what is expressed: If you were to lead me into temptation, I would not endure. But thank you that you do not do this, and I express this to you. …


I confess that I myself am weak. But I entrust myself to God, that he preserve me from temptation. Thus this petition is not an expression of anxiety, but rather of trust.

Söding noted also that in Germany the traditional wording is used also by Protestant and Orthodox churches, which is of ecumenical significance.
Posted by Fr. Allan J. McDonald at Friday, December 08, 2017

So Soerding explains this as an expression of spiritual poverty. I really like that. Is that a valid understanding?

Assuming that Dr. Söding is correct, it is helpful to know that what we have is an accurate translation of the Greek text of the New Testament. Should this now conclude the issue? It raises the question whether varying from the understanding of Christ’s words as reflected in the Greek text can be justified? Is there more to know?

Incredible how incompetent the pope is, not even understanding what the Lord's Prayer is about. Now he wants to change the very words of Sacred Scripture because they do not fit in with his sentimentalist view of "mercy". For 2,000 years, that phrase in the Our Father has been discussed showing how profound a statement it is. Is anything sacred to progressives, whether in the liturgy or the Scriptures?

Here is what Aquinas, following Augustine and other Fathers of the Church, had to say about the Lord's Prayer. The verse in question can be found starting at p. 92.

Will he also change the Biblical description of Christ being led by the Spirit into the desert to be tempted?