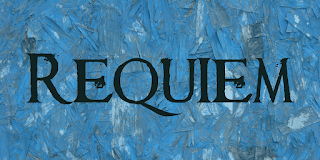 Caryn and her mom were in my last RCIA at the Church of the Most Holy Trinity in 2004 in Augusta. They were both refugees from the Protestant Episcopal Church. This is a great Catholic obituary. Eternal rest grant unto Caryn and let light perpetual shine upon her!

Caryn Elaine Maness entered into rest on Monday, March 11, 2019 at Blue Ridge in Brookview House. Miss Caryn E. Maness was born on January 2, 1960. She was the daughter of Ellen F. Maness and the late Harold Sanford Maness and the granddaughter of the late Claude E. Maness and the late Lynn Maness Adams, all from Beech Island, SC and Gaffney, SC. Her maternal grandparents were Christine Fulcher Ellison and Joseph C. Fulcher of Augusta, GA.
Caryn was a native of Beech Island, SC having made her home in Gaffney and the Upstate the last two years. Caryn was an avid bird watcher, a member of the Alley Cats Bowling league, the Beech Island Historical Society, a HUGE Clemson fan, being a member of IPTAY. She was a graduate of Jackson High School in Jackson, SC and attended Clemson University.

There were three things Caryn was glad she did, that included the disco years dancing in her 5" heels, attending Clemson University and becoming a Roman Catholic. She was received into the church of the Most Holy Trinity of Augusta, GA on Easter Sunday of 2004, where she was also a member of the over fifties club. Caryn's favorite joke was that being in a wheel chair you always have your own seat.

After arriving in Gaffney, she became a member of Sacred Heart Roman Catholic Church. Caryn has devoted her last fifteen years to praying the Rosary for the conversion of sinners and praying the Chaplet of Divine Mercy for the Reparation for sins of the world. Caryn was a member of the Society of Marian Helpers.

Her family members include two brothers, Harold S. Maness Jr. (deceased), Douglas Maness (Maura) and their children, Elise, Lydia and Aiden; sisters, Patricia L. Maness, her children, Aimee Farabee (Todd), their daughters, Kyla and Chloee; Jacqulyn (Sassie) and Jack (Heather) and their daughter, Mckenzie Grace; Holland Maness, and her children Will and Merritt; Amelia Maness-Gilliland (Corey) and their children, Katherine Pilger (Kenneth) their children, Zoey, Whyatt and Cambria, Sydney Anna, Sabrina, Samuel, Ellen and Shepard.
The family will receive friends from 5:00 until 7:00 PM on Friday, March 15, 2019 at Blakely Funeral Home. A Rosary will be held at 5:30 PM. Funeral services will be held at 10:00 AM on Saturday, March 16, 2019 at Sacred Heart Catholic Church with Father Michael McCafferty officiating. Interment will be in Oakland Cemetery.
In lieu of flowers, memorial may be made to: Eternal Word Television Network, 5817 Old Leeds Road, Irondale, AL, 35210 or Sacred Heart Catholic Church, 403 Vernon Street, Gaffney, SC, 29340.
Posted by Fr. Allan J. McDonald at Tuesday, March 26, 2019

She sounds like a wonderful woman. I agree that converts sometimes make the best Catholics - my late mother was a convert from the Methodist Church.

I wish I could have known her. Requiescat in Pace.